Seamus Coleman believes football must continue to provide supporters with a welcome distraction through the peak of the pandemic.

Everton managed to scramble into the fourth round draw on Saturday with a hard-fought win against Rotherham. Once again, an empty Goodison Park made for an eerie backdrop but this is how the sport will look for the foreseeable future.

Newcastle manager Steve Bruce argued that the sport should stop while the country is in lockdown but Coleman, Everton’s captain, put forward another view and explained the service football continues to provide. 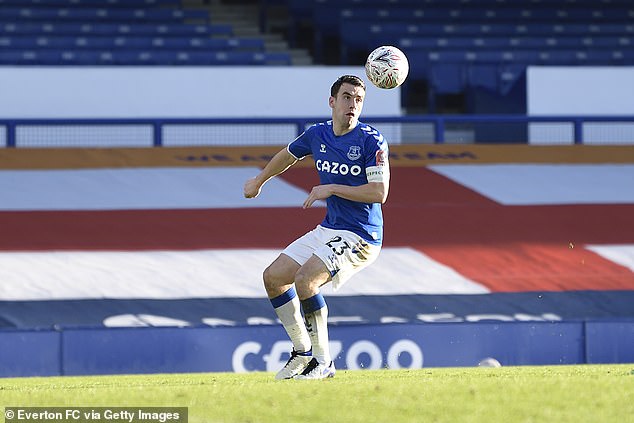 ‘I want to do what’s right at all times but I do know that so many people need it,’ said Coleman.

‘It’s been tough, tough times for lots of people in the world right now and I’m sure the numbers on mental health have gone through the roof as well.

‘You’re being told what you can and can’t do until we get rid of this virus. So, I think football has to go on to give people, supporters of clubs, something to do, something to look forward to. 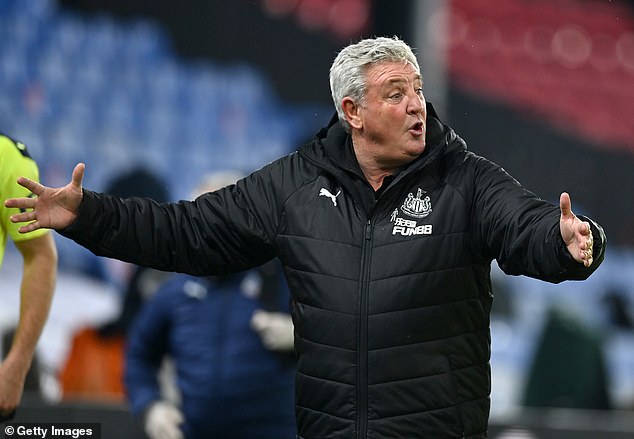 ‘If you’re about the house all day and you’ve got nothing to look forward to in the evening, it can be a long day for people.

‘So I think it has to go on so people who might be working from home then have something to look forward to at the end of the day. I think it’s good for the country that football continues.’

Everton were made to fight all the way against Rotherham but going deep in the competition is a priority for manager Carlo Ancelotti and Coleman said: ‘We need to be the best that we can be every single day and be so competitive in every single game.’