Burnley boss Sean Dyche will be ready to learn more about his own team once again as they tackle another of the Premier League ‘super powers’ when Chelsea visit Turf Moor on Sunday.

The Clarets went down 5-0 at Manchester City last weekend, which ended a run of three unbeaten league games.

Dyche, though, maintained the final result was ‘no big drama’, but was left less than impressed by some of the decisions which went against his team on the day. 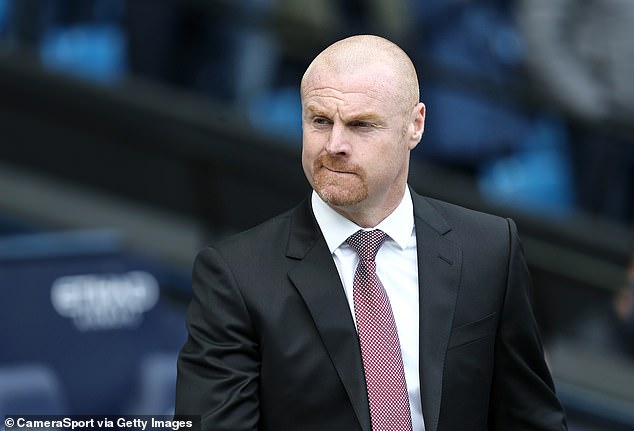 Chelsea are out to keep the pressure on at the top of the table, heading into the weekend with ground to make up on both City and Liverpool.

Dyche feels whatever the outcome, Sunday’s encounter against Maurizio Sarri’s quality-laden squad will provide another welcome insight into how Burnley can maintain their own performance levels.

‘You are trying to learn from those games, of course, but you are not measuring yourself against those sides,’ he said at a press conference.

‘You just look at where you did things well, where you didn’t do so well, what they did, some of the things you can pick off the top players and the top sides.

‘You try to add it to what you do going forwards, so there was no big drama after that (City) game really.

‘Our time in the Premier League has never been measured against the super powers, it is more about the teams who are similar to ourselves, fighting to get points on the board every week to continue what they are doing.

‘If you keep your performance levels right, then over a season it has its worth. Whoever we play, performance is key.’ 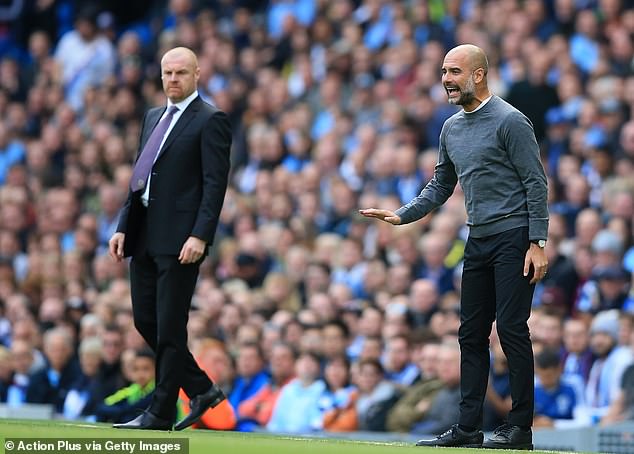 The Clarets went down 5-0 at Manchester City, ending a run of three unbeaten league games

Chelsea midfielder Eden Hazard is a doubt for Sunday’s match, but the Blues did not struggle without him in their Europa League tie against BATE Borisov on Thursday night.

‘That is the power of the elite clubs, if you like,’ said Dyche when reflecting on the options available to the Italian.

‘We have got some good players and believe in our players.

‘We don’t make grandiose statements about how good they are, but when we get back to full fitness, which we are close to now, then we have players who can take on the Premier League in our own format.’

Burnley could have winger Robbie Brady in contention for the first time this season after a hamstring problem delayed his comeback from a serious knee injury, which would follow on from Steven Defour’s own long-awaited return to action.

‘It is not a new signing we know, but it is that freshness,’ Dyche said.

‘When players come back after a long injury they have that kind of excitement again.

‘It is difficult, and when you come out of it, there is that elation of playing again.’