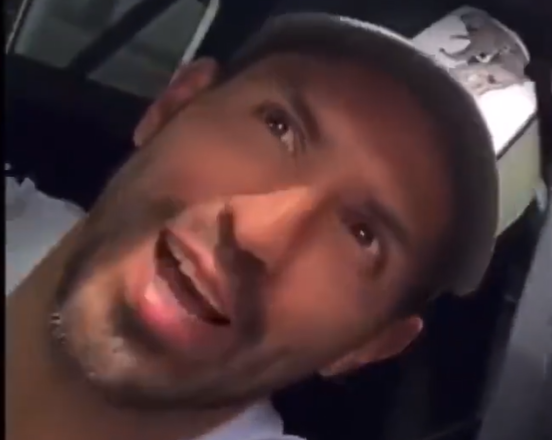 Sergio Aguero issued a brief statement of support for Lionel Messi after seeing his dream of playing alongside his long-time international teammate at club level dashed.

Messi’s presence at Barcelona had been a huge factor in Aguero’s decision to call time on his record breaking Manchester City career at the end of last season.

City’s all-time leading goalscorer joined the Catalan giants earlier this summer, before he and Messi teamed up to help Argentina win an historic Copa America title.

The dynamic duo, however, will now go their separate ways with Messi a free agent after he was denied the opportunity to sign a new contract as a consequence of La Liga’s strict salary cap regulations.

Messi now appears destined to join Paris Saint-Germain, but is due to hold a press conference on Sunday to officially bring down the curtain on his 21-year Barcelona career.

Ahead of that briefing, Aguero posted a brief message on his Instagram page which read: ‘All the best in whatever comes my friend. And always with that smile. I love you.’

Messi’s sudden departure had led to reports claiming that Aguero was so disgruntled with the situation that he was already considering his future at the club he joined just two months ago and was contemplating handing in a transfer request.

Aguero was confronted by fans while leaving the club’s training ground on Saturday and denied those rumours, saying: ‘Don’t worry, you have me all year long.’