Ivan Rakitic all but dumped Barcelona out of the cup scoring the second in Sevilla’s 2-0 win over Ronald Koeman’s team in the first leg of the Copa del Rey semi-final.

The midfielder who Barça did their best to sell for most of his final two seasons at the club did not celebrate the goal but the venom with which he hit the ball into the roof of Marc Andre ter Stegen’s net could easily have come from those lingering sentiments that they did not treat him as he deserved at the end of his time at the Nou Camp.

Sevilla’s second goal came late on. Rakitic was played on by a tiring Samuel Umtiti and he raced clear to leave Barcelona needing yet another comeback in the second leg. They could still turn this tie around and make the final but Sevilla have a huge advantage now. 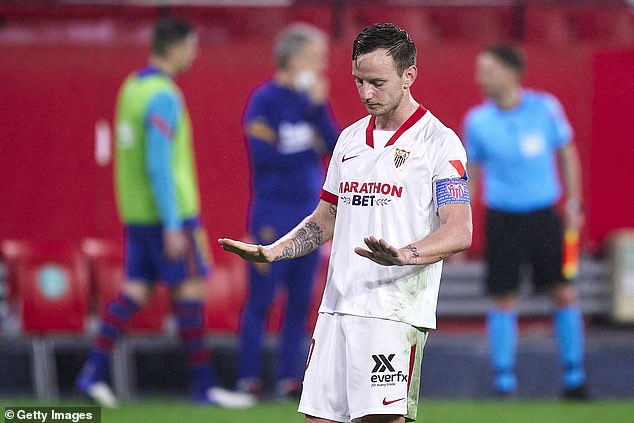 Barcelona started the game well enough. They should have taken the lead on 10 minutes but when Lionel Messi ran on to Antoine Griezmann’s clever lofted pass he could not steer the ball past Bono.

Messi came into the game having scored 28 goals in 29 games against them but this was one that got away courtesy of the Sevilla keeper’s outstretched left foot.

Jules Kounde had Sevilla’s best early chance shooting wide on 19 minutes and when on 25 minutes the home side went ahead it was a centre-back who scored it.

Not that ‘centre-back’ begins to describe the 22-year-old who Manchester City looked at in the summer but baulked at paying more than 55m euros for. 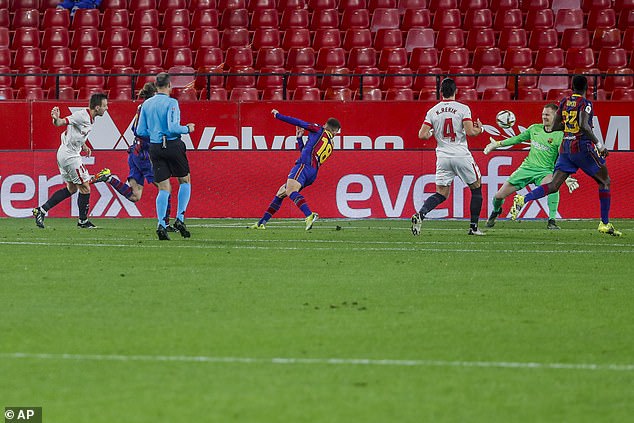 He holds Sevilla’s defence with his pace and positioning but he also steps out from the back with all the style of a playmaking midfielder. He got away from Griezmann and Samuel Umtiti and shot past Marc-Andre ter Stegen just before Oscar Mingueza could block his shot.

Sevilla had dominated the half and deserved a second before the break. It so nearly came when Papu Gomez rolled the ball to the unmarked Sergio Escudero. The left back did not hurry his shot and got power and accuracy behind it but Ter Stegen tipped it over his bar.

Kounde can defend as well. He reminded everyone of that six minutes into the second half when he stepped in front of Frenkie de Jong just as the Dutchman was about to finish from Ousmane Dembele’s cross. 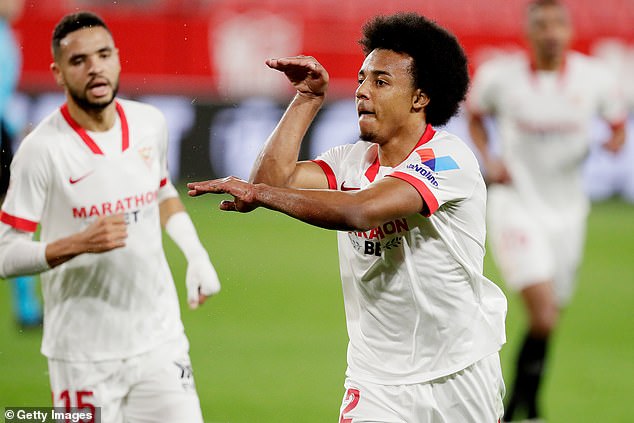 Sevilla had the chance to double the lead when Youssef En-Nesyri was put through after an error from Mingueza. He delayed his shot and Umtiti came away with the ball.

The game was open now and Barcelona went straight down the other end where Bono again saved from Messi who had been teed-up by De Jong.

Dembele tried to score direct from the corner but Bono saved again. Barcelona forced another corner but this time Dembele hit it long and out of play. Dembele was flying and Escudero chopped him down in full-flight and was booked. 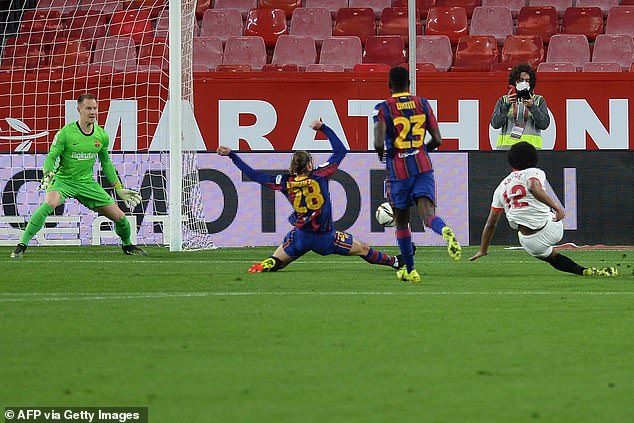 Barcelona were throwing so much at Sevilla to get the away goal the spaces were appearing at the back will the home side unsure of whether to stick or twist.

Rakitic choose to twist and came up trumps with the second potentially fatal goal for his former club. 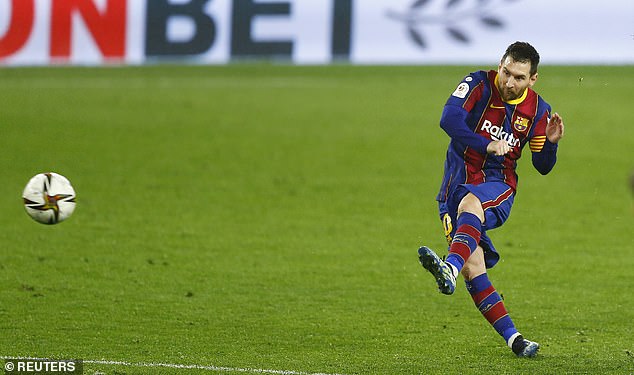