How the Blades lost their edge: Injuries piling up, goal-shy strikers and contract sagas with key players… Sheffield United already risk becoming victims of ‘second-season syndrome’ in the Premier League

It’s not getting any easier for Sheffield United. Winless so far in the Premier League with one point from seven matches and next, it’s a trip to Stamford Bridge to take on Chelsea.

A ray of hope for Chris Wilder’s men is that they took a point from this fixture last season and while it is ultimately wins that are needed to kick-start their stuttering 2020-21 season, a draw with Frank Lampard’s men would be a huge result.

The shadow of the ‘second season syndrome’ is hanging over the club at the moment, but what exactly is going wrong at Bramall Lane? Sportsmail takes a closer look. 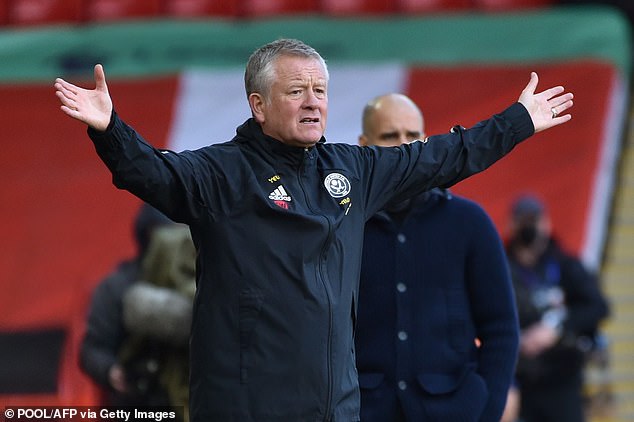 First and foremost, Wilder’s lost some important players. Defender Jack O’Connell was a mainstay in a backline that kept 13 clean sheets last season and his form even saw him linked with a call-up to the England squad.

But a knee problem that he struggled with has required surgery and Wilder said that the 26-year-old could miss the entirety of this campaign. Losing your best defender for a lengthy lay-off is a hammer blow for any team, just ask champions Liverpool.

Elsewhere, two other regulars last season in midfielder John Fleck and striker Lys Mousset have been sidelined with toe and back issues respectively. Fleck last played on October 4, in the 2-1 defeat by Arsenal, while Mousset hasn’t played once yet this season.

Wilder revealed on Thursday that they are both ‘back on the grass’ but Chelsea definitely comes to soon for them. The Blades boss will hope to have them back at his disposal after the international break, when the fixture list looks a little kinder, too. 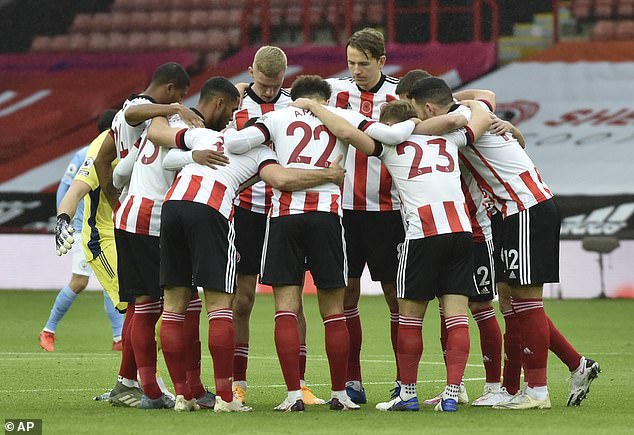 Amid a brutal run of games, United have been missing some key men so far in 2020-21

You don’t have to be an expected goals tactics guru to say that if you want to fight your way out of trouble, you’ve got to start hitting the back of the net more often. But even last season, it didn’t always come easy to Sheffield United.

They scored 39 times in 38 games, which is quite low for a team that came ninth – by comparison, relegated Bournemouth (40) and 17th-place Aston Villa (41) notched a higher tally than them.

This season, they’ve only scored three goals, the joint-lowest alongside basement boys Burnley. So what is the solution? 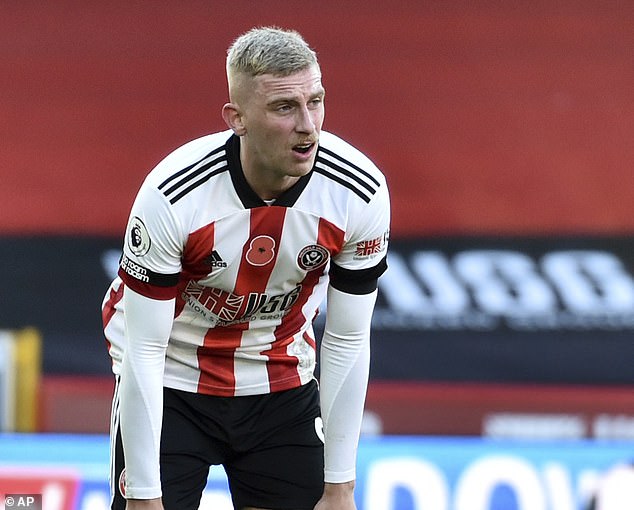 Well, Rhian Brewster is an exciting addition from Liverpool and an extremely highly-rated forward. But the 20-year-old doesn’t have heaps of experience under his belt. For the second half of last season, he went on loan to Championship side Swansea and scored 11 goals in 22 games, his first sustained run of professional football in his career. So United are going to have to be patient with him and his evolution, even if they’re 19th in the standings. They hope to reap the rewards later on.

Elsewhere, the likes of Oli McBurnie, David McGoldrick, Billy Sharp and Mousset aren’t exactly renowned for banging them in on a regular basis, despite their many other strengths. They scored 20 goals between the four of them last season, an average of five each. 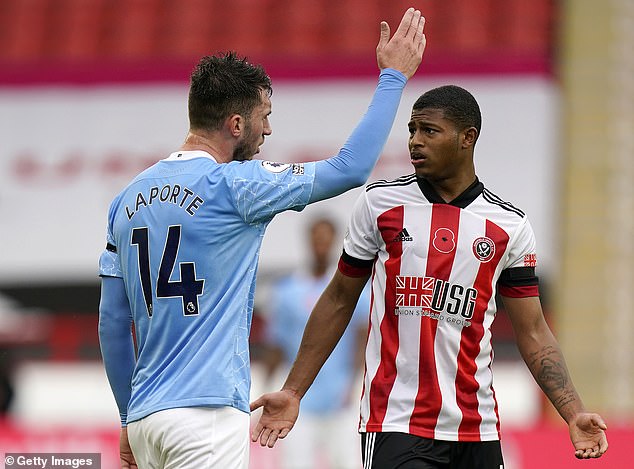 Rhian Brewster, meanwhile, is finding his feet in the Premier League after recently joining

As is often the case with teams that thrive after promotion, the bigger, more sustained Premier League clubs come circling. But United weren’t exactly Southampton last summer, they held on to their talent. Goalkeeper Dean Henderson returned to Manchester United after his loan spell ended but otherwise, there were no major outgoings.

But that’s not to say that certain players were not of interest to other teams and it appears that is the case with midfielder John Lundstram. Wilder revealed that the 26-year-old is set to leave after refusing to sign a new contract.

‘We have offered him a very good contract that is up there with the top players at the club and he has made the decision with his agent that he doesn’t want to sign, and I respect that,’ said Wilder. ‘He is a Sheffield United player and still up for selection, but the three options are straightforward for me.

‘He runs down his contract, and he has every right to do that, which is not ideal for us; we try to recoup some value for the player in the January window; or the best option for the football club is he signs the new contract – which doesn’t look like it will happen and that’s unfortunate.’

Wilder has still selected Lundstram to play. But managers tend to prefer not to depend on players who are sizing up a move elsewhere in the final year of their contract. 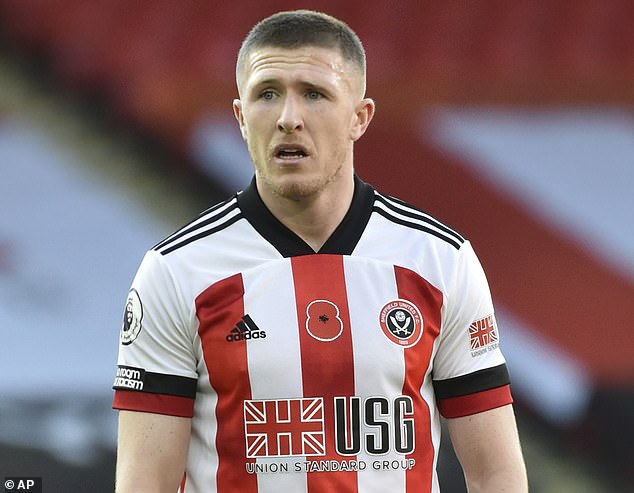 HAVE THEY BEEN SUSSED OUT?

In a nutshell, it saw centre-backs O’Connell and Chris Basham marauding forward to contribute to midfield and attacking phases of play, all while being covered deeper by a team-mate. The cohesion in the team was an example of the togetherness that made them so hard to beat.

But the Premier League is the elite level for a reason and there is only so long a new idea stays new. 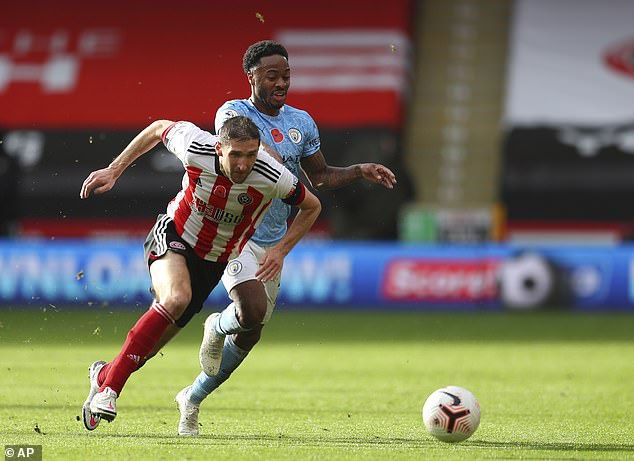 Yes, the absence of O’Connell impacts the success of the plan while new players such as Brewster and Oliver Burke, as well as January addition Sander Berge, will take time to properly adapt.

The Blades have had a brutal run of games lately – Liverpool, Manchester City and Chelsea in a row is tough for any side.

But sooner than later, they will need to start picking up points if they want their campaign to be about more than a relegation scrap. 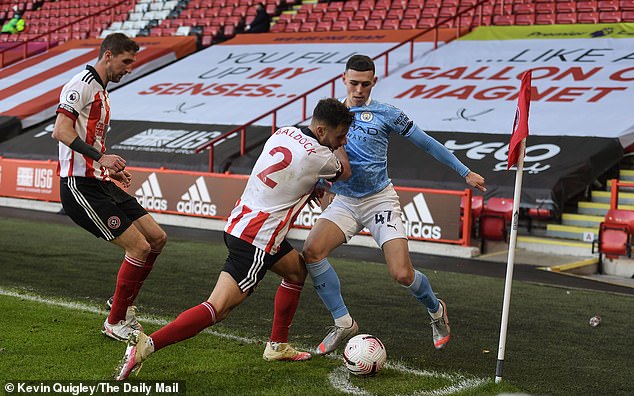 RB Leipzig vs PSG prediction: How will Champions League fixture play out tonight?