Sheffield Wednesday climbed off the foot of the Sky Bet Championship table for the first time this season following a goalless draw with Millwall.

The point was enough to see them overtake Derby after their points deduction for a breach of EFL rules was halved to six points on appeal earlier this week.

The Wednesday line-up showed one enforced change, with Joost van Aken taking over from the suspended Kadeem Harris. 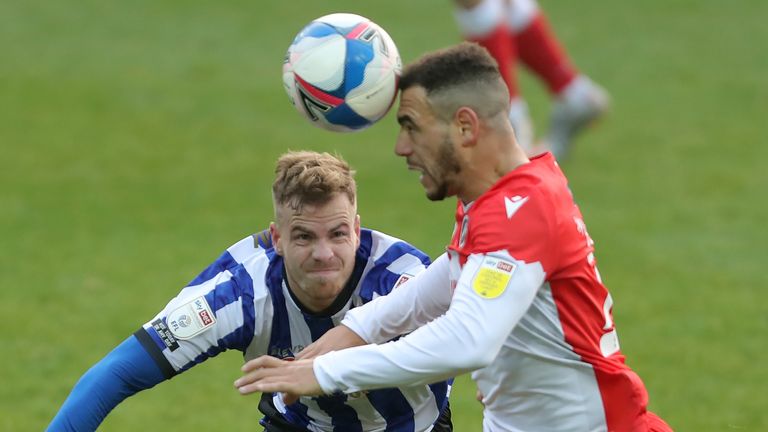 Elias Kachunga had a good early chance for the hosts, finding space to make a driving run towards the centre of the area before firing wide of the target.

Ryan Leonard then dragged his shot wide after a Jed Wallace cross caused problems for the home defence.

Millwall skipper Shaun Hutchinson presented the hosts with an opening when his stray pass was intercepted by Josh Windass. He advanced into the area and fired in a shot which was beaten away by Bartosz Bialkowski at his near post.

Wallace went close shortly after the restart, floating a free-kick over the defensive wall with the ball going a fraction wide.

Windass got a shot on target but it was straight at Bialkowski who made a comfortable save.

Hutchinson failed to make the most of a great opportunity, heading over after meeting a Wallace corner.

Bialkowski then came to his side’s rescue, making a good save down to his left to keep out Adam Reach’s firm drive.

The keeper made another stop from Reach after the midfielder found himself in space on the left-hand side of the area.

Wednesday manager Garry Monk made a change just before the hour, sending on Izzy Brown in place of Joey Pelupessy.

Both sides made a substitution in the 68th minute with Callum Paterson replacing Kachunga for the home team and the opposition replacing Wallace with Connor Mahoney.

Mahoney set up a great chance for Smith, delivering an inch-perfect cross which the striker headed wide from the edge of the six-yard box.

Wednesday striker Jack Marriott joined the action as a replacement for Van Aken and then a double substitution for the visitors saw Bodvarsson and Tom Bradshaw come on in place of Smith and Bennett.

Marriott had a chance to win it in stoppage time after meeting Brown’s free-kick but Bialkowski got down to his right to make the save.

Southgate can’t ignore Grealish for much longer after fine display