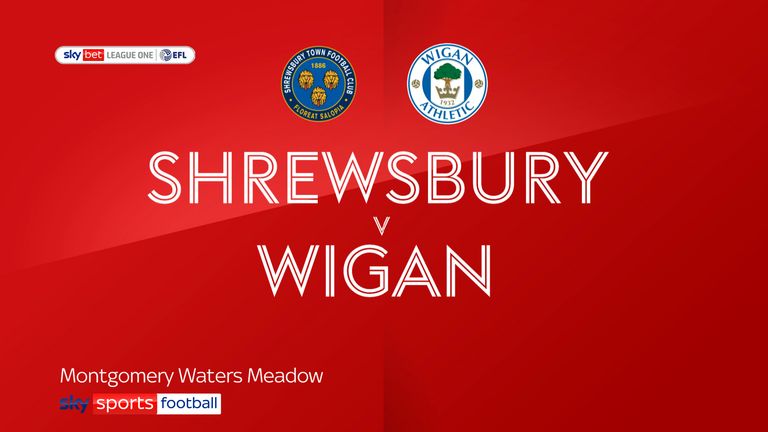 Wigan’s League One survival hopes were given a huge boost as goals from Will Keane and Callum Lang gave them a 2-1 win at Shrewsbury.

The Wigan pair struck in the first period, and despite a second-half stunner from Ollie Norburn the Latics hung on to make it four wins on the trot.

Nathaniel Ogbeta rifled wide for the home side in the opening stages, with Jamie Jones producing a smart save to deny Shrewsbury’s Daniel Udoh.

But it was Wigan who broke the deadlock after 27 minutes as Keane rose highest to power home a header from a Lee Evans corner.

The lead was doubled on the stroke of half-time as Wigan broke and former Shrewsbury striker Lang sprung the offside trap before slotting home.

Captain Norburn volleyed the home side back into the game 25 minutes from time, before Curtis Main struck the post.

Then deep into stoppage time 18-year-old Charlie Caton was denied his first Shrewsbury goal, as Jones produced a superb save to deny the teenager and secure the points.