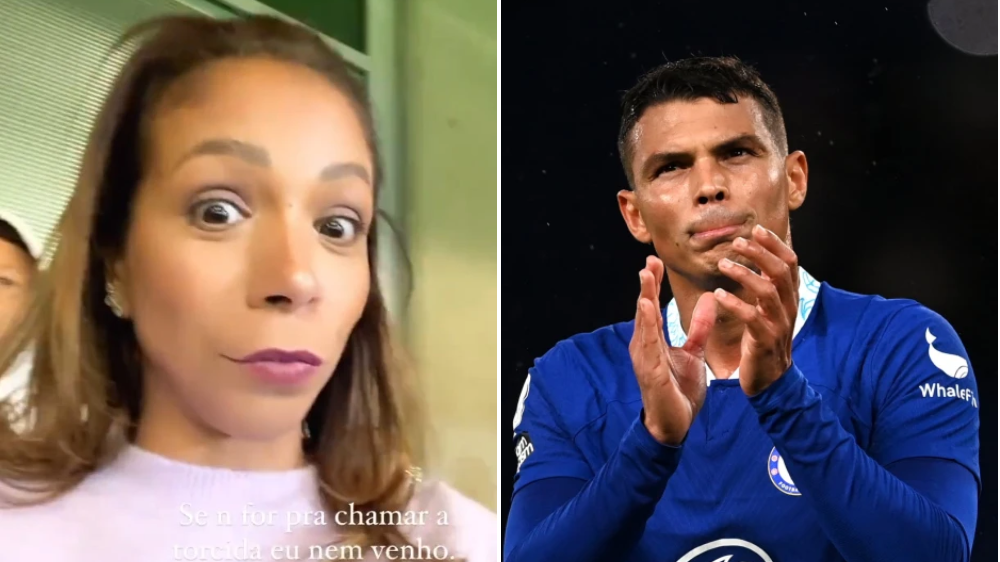 Thiago Silva’s wife has criticised Chelsea supporters for booing at Stamford Bridge during their 1-0 defeat to Manchester City on Thursday evening.

The result means Chelsea have registered just one win in their last eight Premier League games and has left them 10 points behind fourth-placed Manchester United.

Chelsea fans vented their frustration in their defeat to City as boos could be heard around Stamford Bridge during the second half.

Belle Silva was at the stadium to watch her husband in action and took umbrage at supporters who began to boo and jeer the team during the game.

In a post on Twitter, Belle Silva uploaded a video of the booing Chelsea fans and wrote: ‘Don’t come to Stamford Bridge if you’re not singing. Come on Chelsea.’

Speaking after his side’s defeat, Potter praised Chelsea fans for their support against City.

‘You have to take responsibility when we’re not playing well but at the same time you hope people look at the whole context in terms of what we’ve had to deal with,’ said Potter.

‘Emotions are high. We’ll try to ride out the storm and I think the crowd appreciated the performance and were behind the team tonight.

‘Our supporters were fantastic and got behind the team in a great way.’