Carlo Ancelotti’s side have been in good form this season and currently find themselves in sixth position, four points outside of a Champions League berth with a game in hand over fourth-placed Chelsea.

Last Monday’s 2-0 defeat at Stamford Bridge checked their progress, but the visit of Burnley this weekend offers Everton the opportunity to get their European aspirations back on track.

Peter Smith was joined by Sky Sports News reporter Alan Myers to run through all the big talking points ahead of the Clarets’ trip to Goodison Park on Saturday Night Football.

The big word at Everton is ‘inconsistency’

“There’s a good mood and a lot of confidence around the club. I’d describe it as growing confidence and one that is building week by week, month by month. The big word at Everton is ‘inconsistency’. Ancelotti talked about where Chelsea are at compared to where his team is currently, and the regular top-six sides have that greater consistency.

“It’s what Everton are just lacking at the moment. They’ve got the talent and the belief is growing, but they just need to get a consistent level of performance that they know they’re always going to have. When you look at some of the defeats, to Newcastle and Fulham at home, the performance dipped dramatically.

“You get a lot of Everton fans wondering which side is going to turn up on any given day, and that’s the key issue. Once they get that consistency, they can make a real challenge.”

How can Everton address the inconsistency?

“If Everton aren’t doing well, people say ‘they should be doing better’, and when they are doing better, it’s a case of people looking at Everton and thinking, ‘they shouldn’t really be in the top four’. It’s difficult as they have the history and high standards, and it’s the pressure that is a little bit counter-productive sometimes.

“What Everton need is to find a way of playing every week. Carlo hasn’t changed his side massively throughout the season. But there needs to be a distinct style of play, whoever starts. I feel Everton fans are still waiting to see a style of play that has been committed to.

“I don’t think that will really be seen until Ancelotti has got the final three or four pieces to his jigsaw in place.”

What is the bigger picture at Everton?

“Everton have for so long dragged you in and made you believe before they hit you with something! But it has been a great season. Ancelotti had his lowest-ever league finish when Everton finished 12th last year, albeit he only came halfway through the season, and that’s not what Everton want.

“They want to be challenging for the top six initially, but they’ve got a chance of the top four. Any year other than this year, you’d probably say it wouldn’t happen, but I wouldn’t rule it out this time around. They are missing one or two players that I feel would bring that consistency.

“In the striker department, Josh King has been brought in but they really only have Dominic Calvert-Lewin who is an out-and-out centre forward. While he’s had an absolutely fantastic season, you can’t load that sort of pressure onto a young player.

“They need that competition up front. Richarlison has been scoring goals recently but he’s not a traditional centre forward. It will come in time, and I feel Ancelotti needs another window or two for him to really get the squad the way he wants it. I feel he will get that support, but no one is ruling out the top four at Everton.

“It’s entirely possible. Do I think it’ll happen this season? Probably not. But you’re looking at there being a four-way battle for one spot. I think Man City, Man United and Chelsea will finish in the top three, and then it’s out of Leicester, Everton, West Ham and Tottenham for the other spot. Any one of them could do it.”

“I must say, Rob Green is a fantastic summariser and a great pundit – and you don’t often hear from former goalkeepers about tactics and techniques in their position so it’s something that really interests me, listening him speaking on Monday Night Football.

“With Jordan, there is a pressure on him to keep the England spot as he wants to be the best, but he’s been in fantastic form at the moment. He went through a bad period earlier on in the season and was left out for a week at Newcastle, and since he’s been back, it’s shown that it did him the world of good.

“Maybe he needs managing in that way under Ancelotti. There have been doubts over Pickford’s ability to concentrate on the basics at times, but he’s a great goalkeeper and a great shot-stopper. There have been games over the past few months where Everton would’ve lost if it weren’t for Pickford.

“I don’t think Pickford could be doing any more at the moment. If it was down to form, I think there’s only one choice for England. What’s important to say is that he’s had a hard season with criticism, and has had a lot to deal with but he’s got on with it and hasn’t moaned about it.

“We’re all talking about social media abuse at the moment, and that puts pressure on players. To see the way he’s come back in the last few months has really shown his character, and that will only help him when it comes to England selection.” 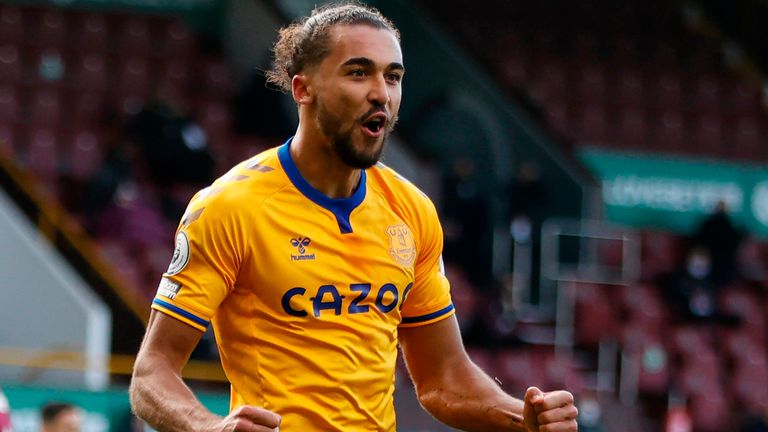 Everton vs Burnley is live on Sky Sports Premier League and Main Event from 5pm on Saturday; kick-off 5.30pm

Sky Sports customers can watch in-game clips in the live match blog on the Sky Sports website and app.

Messi 'will report for training' with lawyers 'keen to avoid dispute'