Last week, Sky Sports News presenter Pete Graves became the latest to raise eyebrows when he promoted a petition calling for an independent investigation into the Premier League’s takeover process and its chief executive Richard Masters.

The Newcastle supporter shared a link on his Twitter account calling for fans to sign a petition and demand an immediate review over the failed Saudi Arabian takeover of the club. 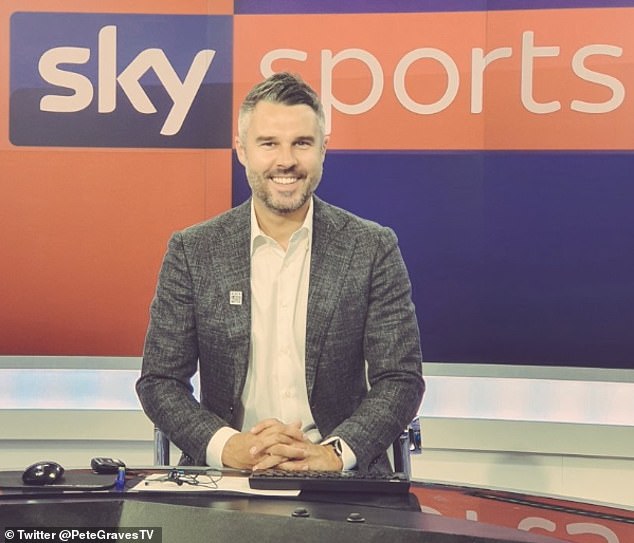 Now signed by more than 100,000 people, the petition cites the Premier League’s ‘negligence’ and claims that anti-Saudi influences from nearby Qatar have left the city of Newcastle ‘deprived of some well-needed investment’.

Given Graves’ employers pay the Premier League £1.19bn a year to broadcast live matches, his is unlikely to have gone down well. And while Sky declined to comment, sources have claimed that the broadcaster is in the midst of updating their social media guidelines which were originally published in 2014.

A new copy is expected to be sent to staff in the near future, along with a reminder of their responsibilities. 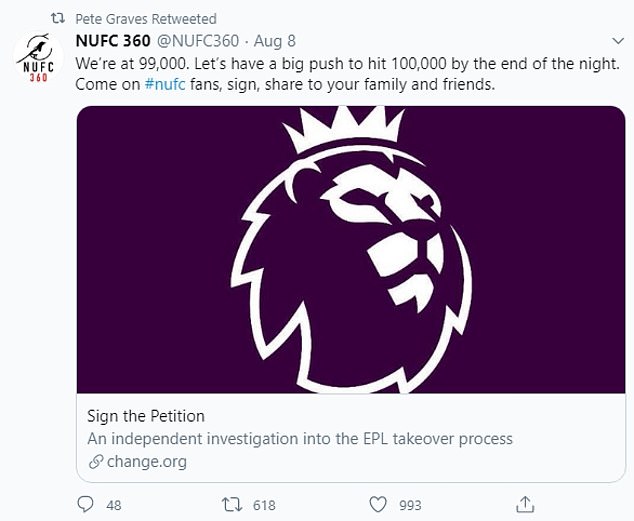 Sky have worked hard on improving their image over recent months and raising awareness of a variety of issues. They have also been engaged in sensitive talks with the Premier League over the impact of the coronavirus pandemic and a rebate for the damage caused to revenue.

Dickson tweeted: ‘Rumours St Mirren are going to retire the number seven shirt after tonight’s coronavirus news are as yet unconfirmed…’ He later deleted the tweet and claimed it was a ‘joke’ relating to Birmingham retiring the No 22 shirt of Jude Bellingham.