Sol Bamba will have a role to play at Middlesbrough this season after fighting his way back from cancer, says manager Neil Warnock.

The 36-year-old defender, who underwent treatment for non-Hodgkin lymphoma earlier this year, has been training with Boro under the watchful eye of Warnock, with whom he worked at former club Cardiff, in a bid to regain fitness after being released by the Welsh side at the end of his contract.

However, having impressed as a coach assisting academy manager Craig Liddle during the Teessiders’ pre-season trip to Cornwall and on the pitch as a substitute in a friendly against Rotherham, he is set for a longer stay in the north-east.

Asked if Ivory Coast international Bamba, who announced he was “cancer-free” in May, would be part of the Boro set-up this season, Warnock told a press conference: “He will be, yes, in some capacity”, before adding with a smile, “unless he goes somewhere else.”

1/2 It’s taken me a while to find the right words but I want to say thank you to the Cardiff City fans. Since I joined you in October 2016 I have received nothing but love and support. pic.twitter.com/TXdm8vZACg

Warnock added: “He’s an excellent coach with the youngsters, always giving advice, never shuts up, so I think it’s an opportunity for him.

“And if he can contribute on the field of play, then we’ve got to think about that because it does give us another option. 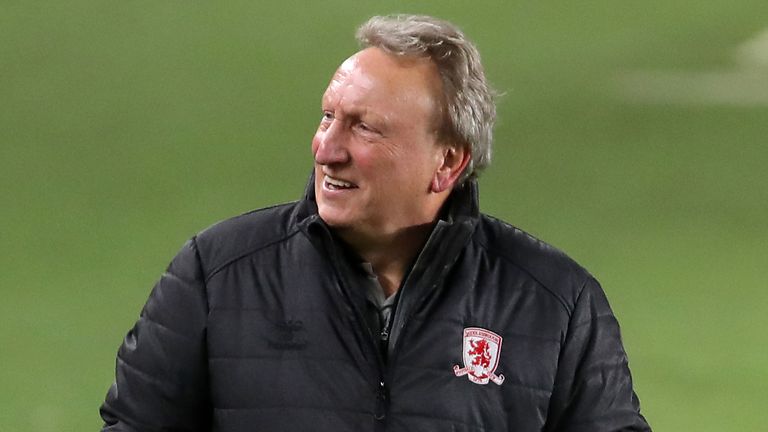 “He did really, really well for me at Rotherham, which was an awkward game.

“In a way, that helped me look at him because I never thought he’d get back to this kind of fitness, if I’m honest, when I was at Cardiff and the problems that he had.

“But all credit to him, he’s done remarkably well by working hard and overcoming things. I think he’s got things to prove. I think he was a little bit disappointed to leave Cardiff and he’s got something to prove now.”

Middlesbrough’s 2021/22 Championship season gets underway away at Fulham on Sunday, live on Sky Sports Football.