Ole Gunnar Solskjaer has confessed he used to tell Sir Alex Ferguson the odd white lie about how fit he was in order to make Manchester United’s matchday squad.

The current United boss was talking about Marcus Rashford’s fitness after Thursday night’s UEFA Europa League quarter-final win over Granada when he recalled his own experiences as a player.

Rashford played with a sore foot and scored as United secured a 2-0 lead to take back to Old Trafford next week. 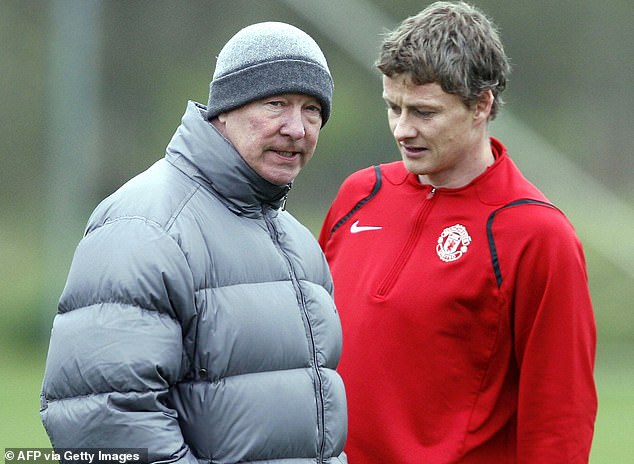 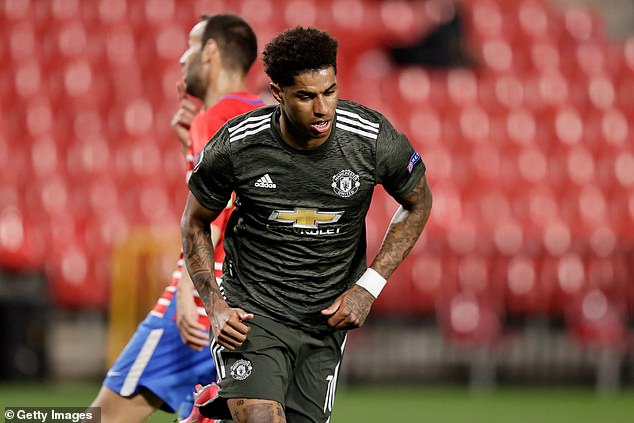 Solskjaer was also able to sub the forward off for Edinson Cavani after 66 minutes and preserve his fitness for Sunday’s visit to Tottenham Hotspur.

And Solskjaer said: ‘Marcus, fantastic goal. Great pass by Victor [Lindelof], great run and the skill to bring the ball down like this, we’ve seen it a few times before, and it’s a top, top quality goal.

‘It’s the same thing as before, he’s not recovered from it. Hopefully, it’s not got any worse from this.

‘He lasted 60 or 70 [minutes] against Brighton, 65 now, so hopefully he’s ready. I think he should be ready for Sunday.’ 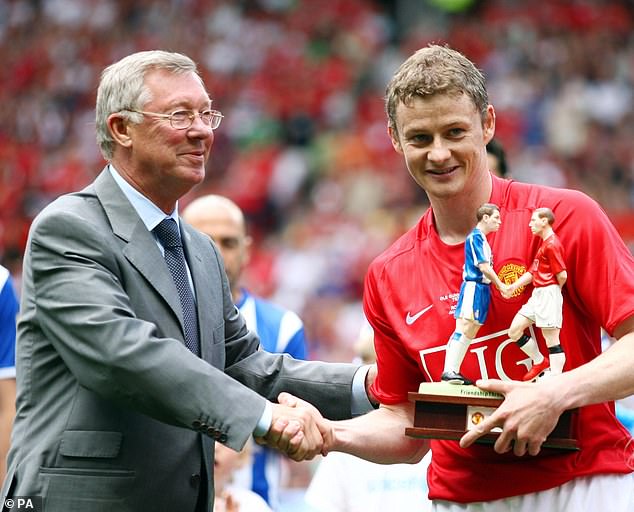 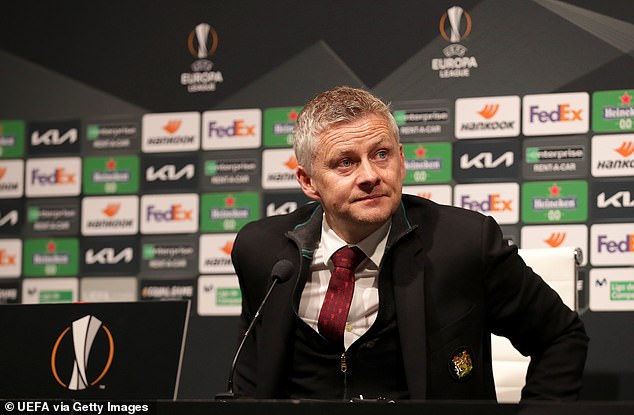 Asked if he ever told Ferguson he was fit even when he wasn’t, Solskjaer added: ‘Yeah, I probably did! I did a few times.

‘It’s not like I couldn’t perform, but I probably knew I wasn’t at 100 per cent. But when are you at 100 per cent as a footballer? I think that’s very rare.

‘Marcus, we know he’s someone we have to protect, but he was ready and he was vital for us today.’

Rashford opened the scoring with a well-taken finish from Lindelof’s ball over the top on 31 minutes and United took an even stronger position in the tie when Bruno Fernandes converted a stoppage time penalty. 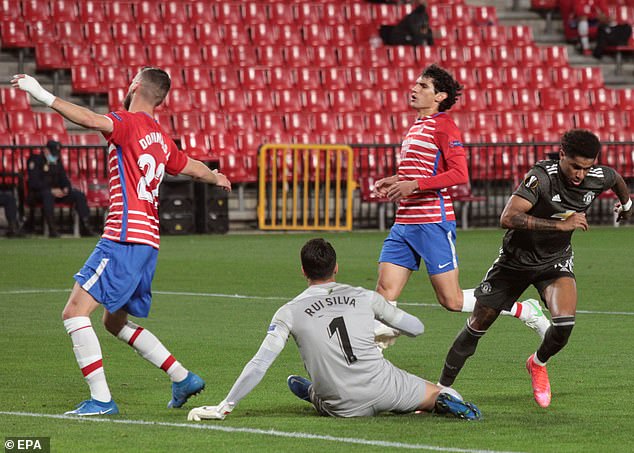 ‘It was an important goal, the second one there because 1-0 lead losing three players is not a good position to be in,’ Solskjaer said.

‘I don’t think we deserved those five yellow cards but that’s happened. Delighted with the result.

‘We gladly take the second goal. Of course it’s so vital away from home and we’ve created a good starting point for next week’s game for ourselves.’