‘Semi-finals are not good enough’: Ole Gunnar Solskjaer issues a rallying cry to his Manchester United squad as they gear up for a tantalising clash with Sevilla in the last four of the Europa League

Ole Gunnar Solskjaer has stressed that a third semi-final of the season is ‘not good enough’ for Manchester United as his side gears up for Sunday’s Europa League showdown with Sevilla.

Having bowed out in the final four of this year’s Carabao Cup and FA Cup, the Red Devils are looking to go one better when they return to Stadion Koln to take on the in-form Spaniards.

Sevilla’s quarter-final victory against Wolves was more one-sided than the 1-0 scoreline suggests, while United have had an additional day’s rest after winning by the same scoreline against FC Copenhagen in extra time. 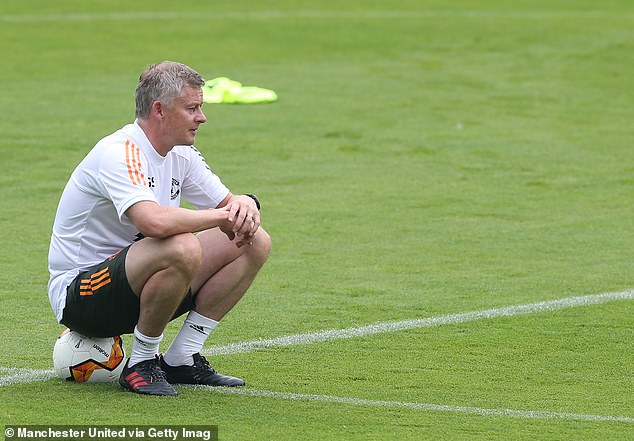 Solskjaer’s first piece of silverware in the hotseat would be a big moment on the back of their third-placed Premier League finish, with the 1999 treble hero underlining the fact that semi-finals appearances are not enough.

‘Let’s see if we’ve developed throughout the season because we’ve had two semi-finals before,’ the United boss said. ‘We want to go to the next step.

‘The team has been developing, getting more and more hungry. 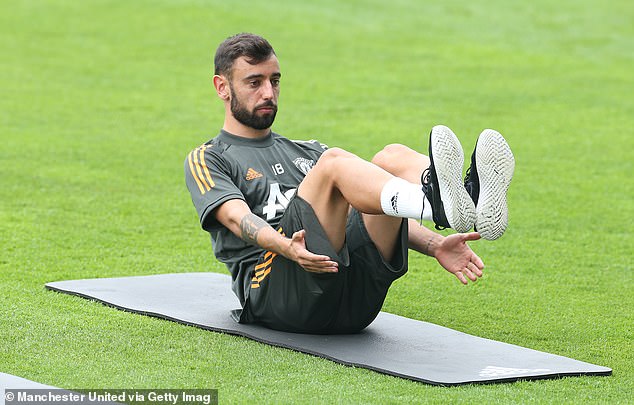 ‘Let’s make sure that hurt that we felt in both the other cups that we’ve gone out, that can be our maybe marginal difference. The difference that we want it more than them.’

Asked if his players can draw on the disappointment of their other semi-final losses, Solskjaer said: ‘I would think so.

‘Well, when I lose a game or if I lose at something, you don’t want that feeling again so I would think they’re ready for a battle on Sunday, yeah.’

United are preparing for the semi-final at the 10,001-capacity Sportpark Hohenberg, which is home of third tier German side Viktoria Koln. 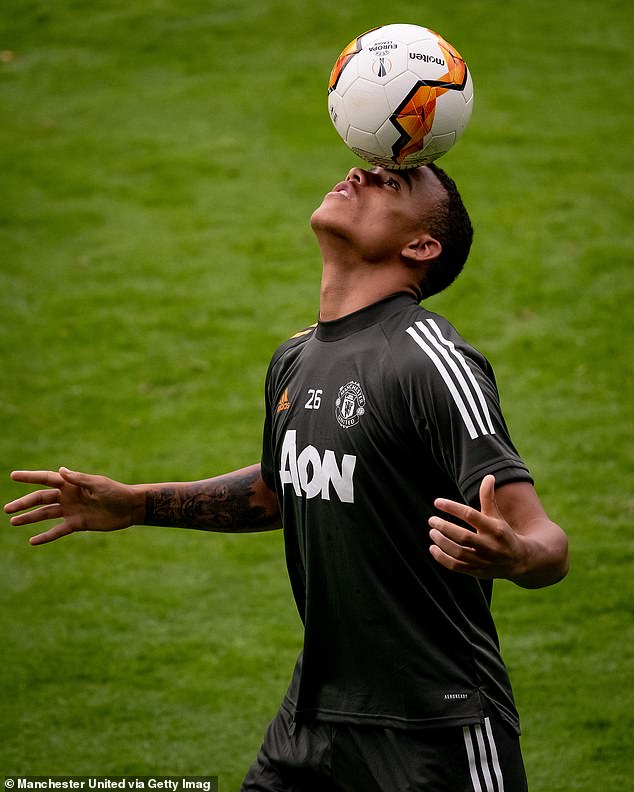 United are preparing for the semi-final at the 10,001-capacity Sportpark Hohenberg

The sweltering August heat means sessions are being held later afternoon rather than midday, with recovery the immediate focus as attention turns to the one-legged semi against Sevilla.

‘It’s like a European Championships or a World Cup – you don’t get a second chance, there is no tomorrow,’ Solskjaer told MUTV.

‘You just know that you have to leave everything on that pitch, which is for me fine.

‘It’s a different set-up than we’re used to. We’re used to home and away, but for me this is the best scenario that we can finish this tournament.

‘All the teams have played many games anyway. but now it’s who is the mentally strongest?

‘Who looks at the opponent and he’s tired, I feel tired but he’s more tired than me. 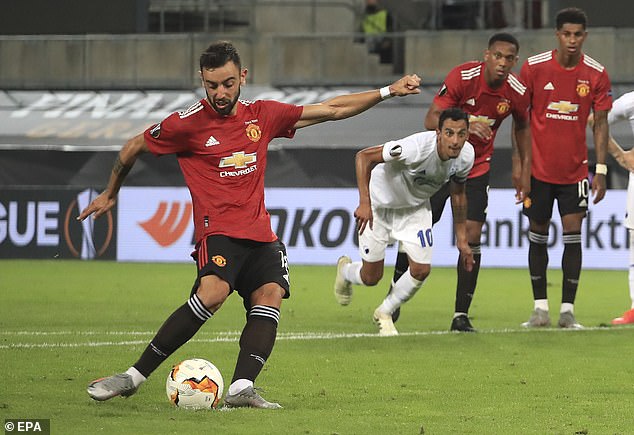 ‘You’ve got to be strong mentally, concentrated, focused and any of these games can be decided, will be decided, on marginal decisions or finishing.

‘So, we’ve just got to keep them focused and with the right attitude.’

A number of those in United’s squad were part of the side dumped out of the Champions League by Sevilla in March 2018, when a brace from substitute Wissam Ben Yedder sealed a shock 2-1 last-16 win at Old Trafford.

Solskjaer is plotting a revenge mission of his own, having seen his Europa League dreams extinguished by the Andalusians when managing in his homeland. 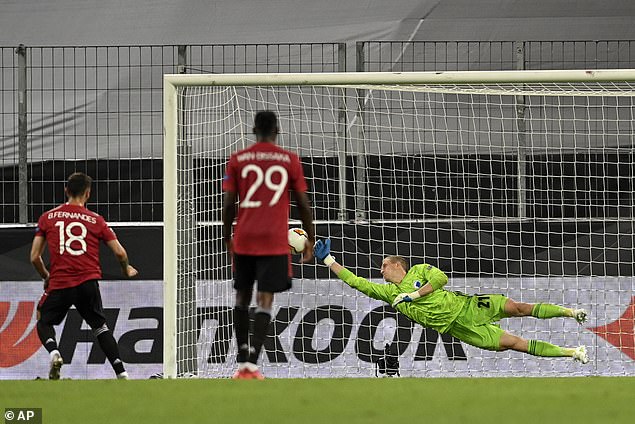