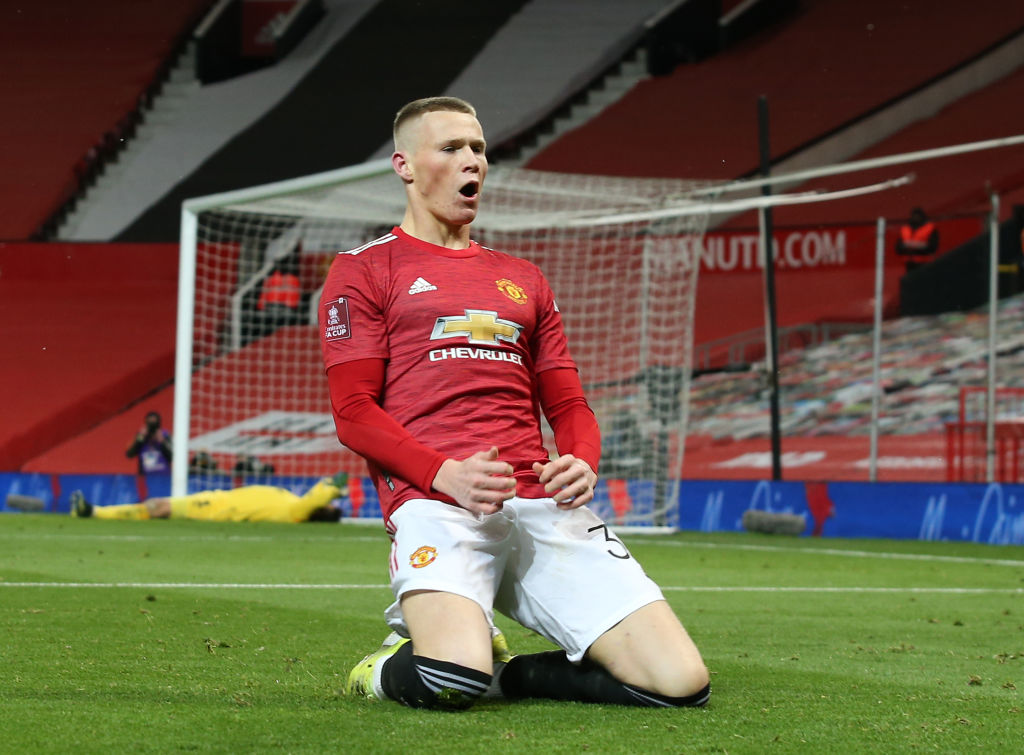 Ole Gunnar Solskjaer has told his Manchester United strikers that they need to learn from Scott McTominay after the midfielder’s clinical finish was the difference in the FA Cup win over West Ham on Tuesday night.

The forgettable game wound its way into extra-time and it was a crisp McTominay strike that proved the only difference between the sides.

The Scotland international made a run into the box and ruthlessly finished first time from a Marcus Rashford lay-off, putting the Red Devils into the quarter-finals of the competition.

It came after Manchester United dominated the game but didn’t regularly look like scoring and Solskjaer called on the likes of Rashford, Anthony Martial, Mason Greenwood and Edinson Cavani to take a leaf out of McTominay’s book.

‘Some of the finishing, it was a bit side-footy, burst the ball into the net!’ Solskjaer said after the win. ‘We need to learn off him (Scott McTominay). We need to be more clinical and finish the game off earlier.

‘Scott used to be a striker and I think he finishes with authority. You see that he doesn’t mind being in those positions. He just smashed the ball into the net.

‘He’s a clinical striker of the ball. There’s no messing. Bang, bang! We’ll have to unleash him and send him forward [more], because he is a goal threat.’

McTominay is not usually known for his goal-scoring but has now netted in his last three outings, also scoring in the 3-3 draw with Everton and the 9-0 victory over Southampton over the last week, taking his tally to seven for the season.

His winner against the Hammers puts United into the last eight, where they join Bournemouth, who beat Burnley 2-0 earlier on Tuesday afternoon.

The remaining six fifth round ties are played over Wednesday and Thursday, with the draw for the quarter-finals made on Thursday before the final game in this round between Barnsley and Chelsea.

Lescott: It was right to allow Antonio's goal despite handball appeals