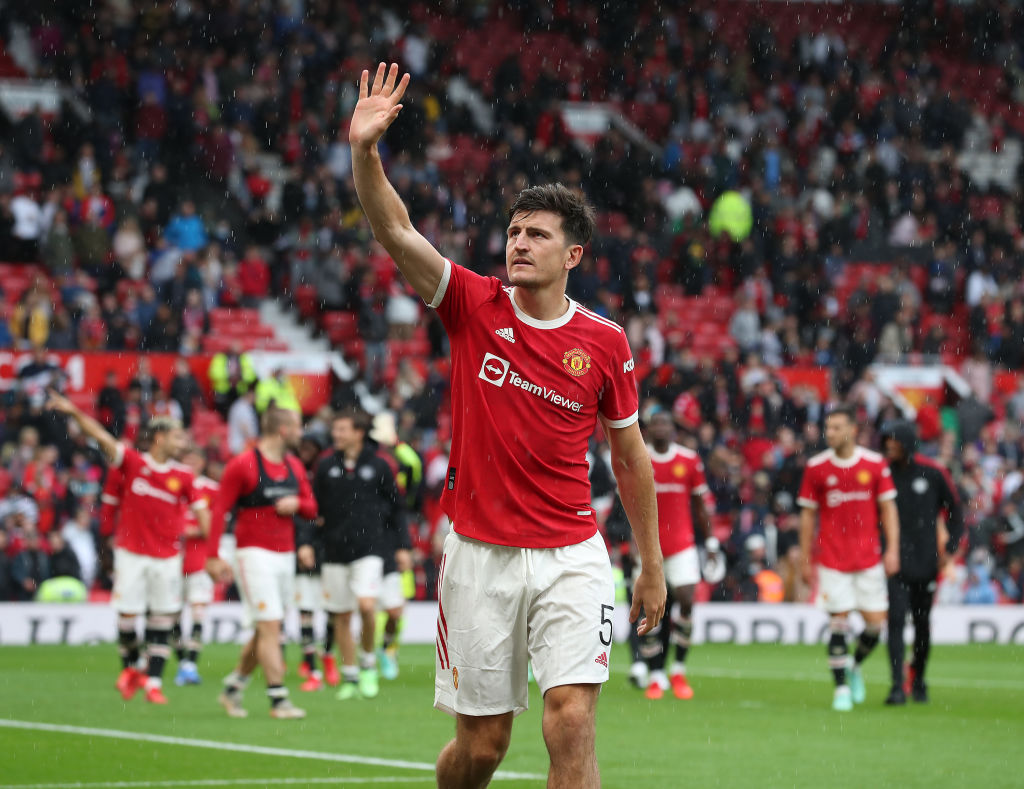 The Red Devils captain teamed up with England teammate Luke Shaw to double United’s lead at Old Trafford after Mason Greenwood took advantage of a Jordan Pickford blunder to put the hosts ahead.

Bruno Fernandes scored a superb free-kick as Solskjaer’s side made it 3-0 before half-time, and Diogo Dalot added a fourth after the break as Manchester United finished pre-season with a flourish.

Solskjaer hopes to see Maguire provide more goals this season and says he is in ‘good nick’ and looked ‘very good’ against Everton after a gruelling summer in which he starred for England at Euro 2020.

‘I’ve not had a lot of time with Harry since he come back but the summer practising set plays with Luke and England has helped us,’ Solskjaer said.

‘Today was a good delivery [and] a good header. Harry knows we demand more from him in the goal tally.

‘He’s one of the best with getting the first contact but too many times it’s flown over the bar but well done [for today], he’s in good nick after the Euros and looked very good today.’

Manchester United, who finished second in the Premier League last season, begin the 2021-22 campaign next Saturday against Leeds United.

‘It’s a big week,’ Solskjaer added. ‘It has to be some work specific to Leeds, but we need some more fitness.

‘These first three games, before the international break, is still part of pre-season but we need to get some more points than last season.’

Assessing his squad’s pre-season as a whole, Solskjaer said: ‘We’ve had a longer pre-season than last year.

‘Last season we had a full group for five days, just the last week before the Palace game, so that was a very difficult one naturally because we went so far in Europe.

‘This summer, at least everyone has had three weeks off, some have had four, some have had five. We’re still lacking a few match minutes for a few but we’re getting there, we’re better prepared than last season.’