No pressure, lads! Sons of Mauricio Pochettino, Dennis Bergkamp and Dennis Wise start together for star-studded Watford Under-23s in win against Swansea as they look to follow in their fathers’ footsteps

Watford’s star-studded Under-23 team featured the sons of Mauricio Pochettino, Dennis Bergkamp and Dennis Wise in a win against Swansea City on Friday afternoon.

Mitchell Bergkamp, 22, played 83 minutes too while Henry Wise, 21, played the full 90 minutes in the 2-0 victory in the Under-23 Pro Development League. 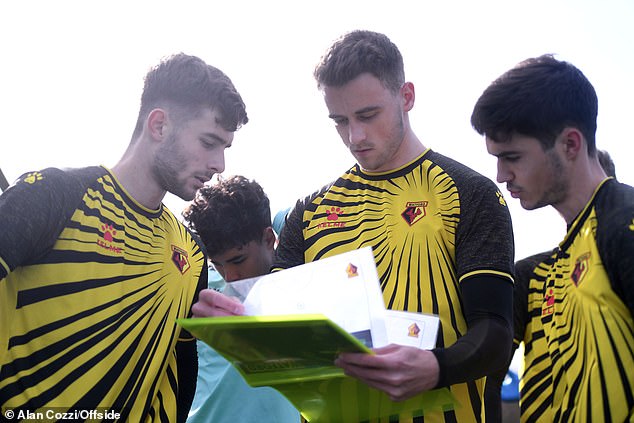 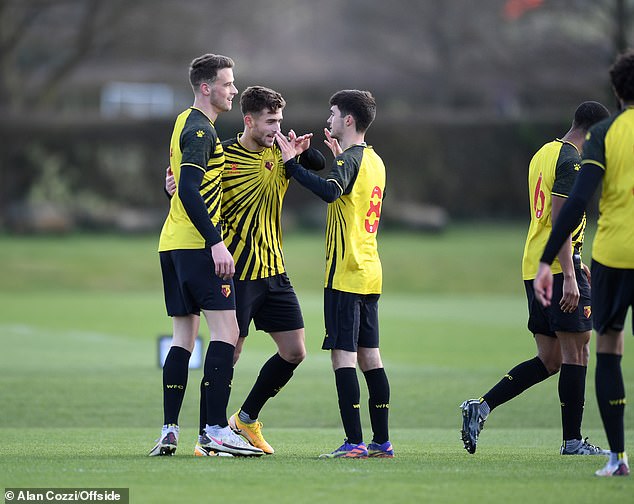 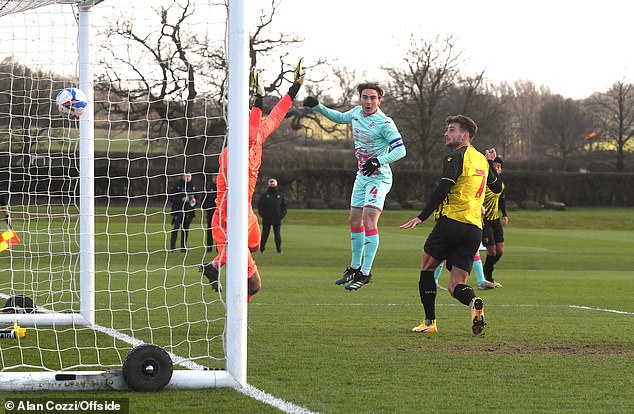 Pochettino and Bergkamp only joined the Watford academy a few months ago, with Maurizio making the move and signing a four-year contract after leaving Spurs’ academy.

Pochettino had joined Tottenham’s academy from Southampton in 2017 while his dad was in charge of the north London side – his goal on Friday was his third in four league starts since joining the Hornets from Spurs.

‘He gets himself in nice positions and showed good instinct to put the ball in the net from a well-worked corner,’ said Watford Under-23 boss Omer Riza.

Similarly, son of Arsenal legend Dennis, Mitchel, had a trial at Arsenal’s academy in November but joined Watford on a six-month contract last month.

Upon signing, he said: ‘It’s great to get this opportunity and I can’t wait to get on the pitch and start the hard work. I’ve been on trial, I’ve been working hard and I’m just really glad to get the chance to prove myself. 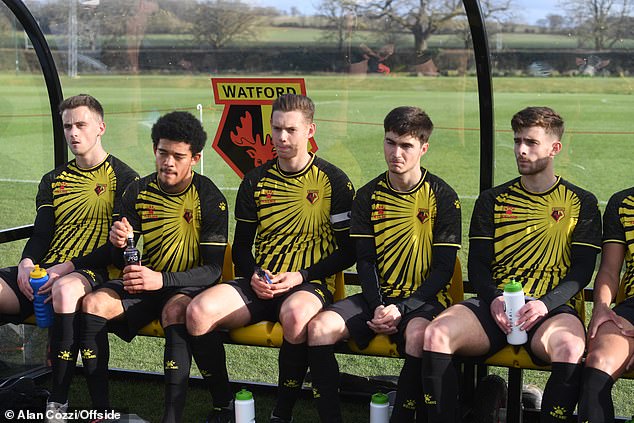 Bergkamp (far-left), Wise (second-right), and Pochettino (far-right) on the bench on Friday

‘I want to prove myself with the Under-23s and then one day hopefully get an opportunity for the first team. But it all starts with hard work.’

Son of ex-Chelsea and Millwall midfielder Dennis Wise, Henry, has been at Watford since leaving Derby’s academy in 2019, and made his first-team debut in a FA Cup third round replay defeat to Tranmere Rovers in January 2020.

In June 2020, he extended his contract at the club for another season.

Watford currently lie in fifth place in the south division of the Pro Development League, but are only two points off second-placed Charlton.