Hassenhuttl, who favours a less possession-based counter-pressing game, says the two philosophies are like chalk and cheese.

Saints ended a run of six straight defeats when they drew 1-1 with Chelsea on Saturday, and Hassenhuttl said: “It’s important the guys take all the time to get fresh again because it will be a very intense game.

“We know about their running stats and that they are one of the most energetic teams in the league. They’ve had the same time to recover so hopefully we can compete. 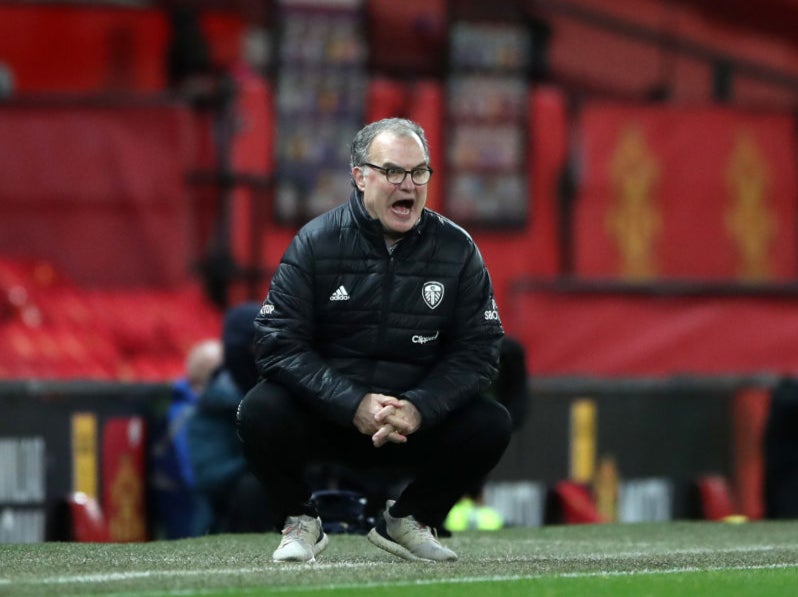 “He’s a famous manager and a successful one with Leeds with a completely opposite way of thinking like I do. If you want, black and white. So it will be interesting.

“There are more ways to go. Not only one. As long as it’s successful everything is OK. It will be interesting to find solutions for him and for us.

“The Premier League is very often tactical at the highest level and you have to find the right balance in every part of your team. This will be tactically one of the more interesting ones this season.

“I spoke about the different ways of looking at football. I think we are also very unique in our defending way. I don’t see a lot of teams in the Premier League doing it like we do it, and with Bielsa you can talk the same about his way.”

Hassenhuttl says midfielder Stuart Armstrong is “50-50” to return after missing the Chelsea game with a muscle injury.

Kyle Walker-Peters, Theo Walcott and Ibrahima Diallo will not be available.

Solskjaer explains why Anthony Martial is struggling for Manchester United