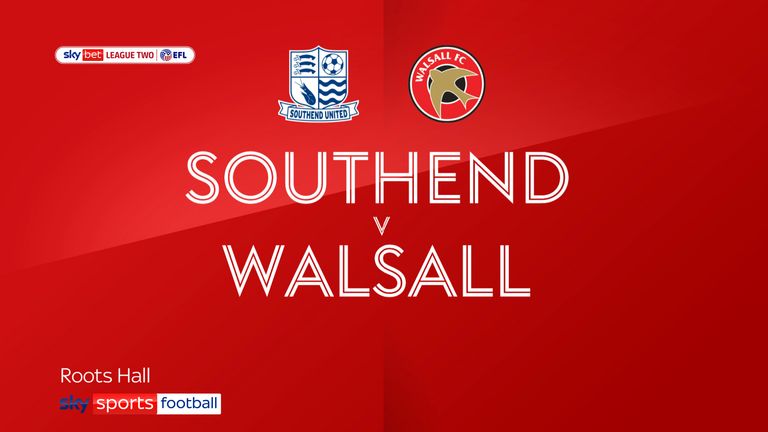 The Shrimpers played the final 23 minutes with a numerical disadvantage after Sam Hart was shown a straight red card.

But the share of the spoils means Southend are six points from safety with nine games to go.

In a largely drab encounter, Southend came close to opening the scoring when Timothee Dieng headed Hart’s right-wing corner against the crossbar.

In reply, the Saddlers’ Josh Gordon sliced an effort wide of the right post when well placed before the hosts were reduced to 10 men when Hart was sent off for a high and late challenge on Derick Osei Yaw.

The Shrimpers wasted a decent chance late on when Dieng headed Reeco Hackett-Fairchild’s free-kick over the crossbar from 12 yards.

But Southend have now failed to score in six of their last season games while 20th-placed Walsall, who are eight points above the relegation zone, have now triumphed just once in 17 games.