Carlo Ancelotti’s side missed out on the opportunity to usurp league leaders Barcelona, as second-half goals from Yeremy Pino and Gerard Moreno kept Madrid in second spot.

Karim Benzema’s spot-kick levelled the scoreboard in the 60th minute before David Alaba conceded a penalty three minutes later, allowing Moreno to score the winner from the spot. 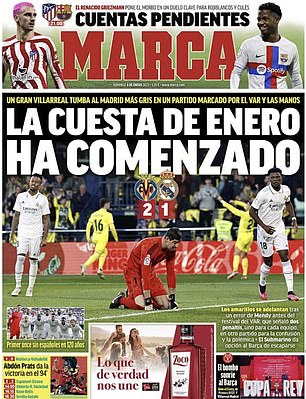 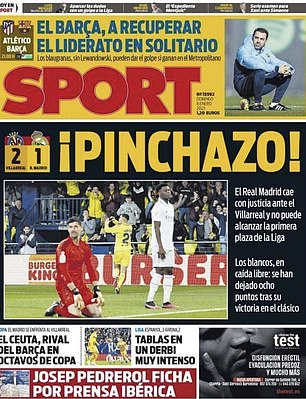 The Austrian international slipped and handled the ball, capping off an error-prone performance from the reigning champions. 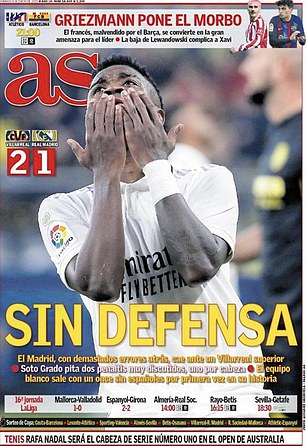 Sport went with the headline ‘Pinchazo!’ – meaning ‘prick’ or ‘puncture’ – to highlight the Spanish giants’ fragility at the back.

Meanwhile, Marca used the headline ‘The slope of January has begun’, with Madrid set to face Valencia, Villarreal, Athletic Bilbao and Real Sociedad before the end of the month.

‘Defenceless’ was splashed across the front pages of AS, who piled in on last season’s Champions League winners’ mistakes at the back.

Barcelona will extend their lead at the summit of LaLiga to three points with a home victory against Atletico Madrid on Sunday.

Atletico sit in fourth place on 27 points and a win would take them above Real Sociedad in third. 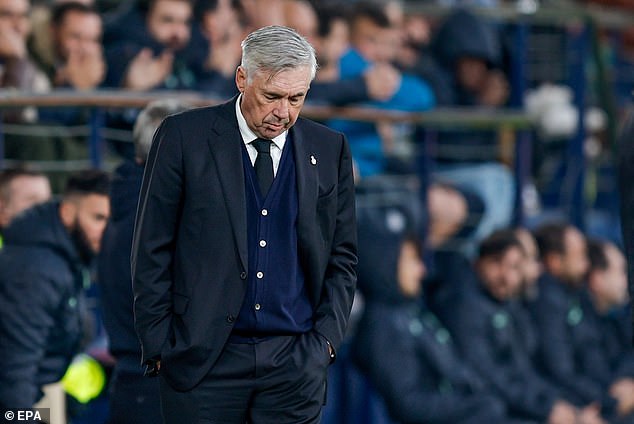 Transfer news, LIVE – All the latest from the Premier League and EFL