Sporting Lisbon are attempting to create a market in order to sell Nuno Mendes to Manchester United, according to reports. Sporting left-back Mendes is linked with a mega-money move to the Premier League. The 18-year-old has a release clause in his contract of £60million.

Manchester City are strongly linked with a move for Mendes, with the Mail claiming Pep Guardiola’s side are preparing a £52m offer.

However, transfer expert Duncan Castles has compared the scenario to when Sporting attempted to offload Bruno Fernandes two summers ago.

Castles claims City’s reported interest in Fernandes in 2019 was created by Sporting in order to alert United to the player.

Six months later United signed Fernandes and the midfielder has been arguably the best signing of recent years for the Old Trafford club. 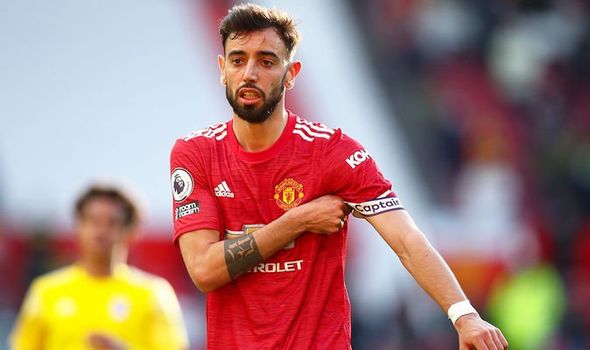 Speaking on Reach PLC’s Transfer Window podcast, Castles said: “You will have seen some stories in the past week strongly involving Manchester City and saying Manchester City had been in extensive talks, and had been working on bringing Nuno Mendes to the club in the summer as their first-choice left-back.

“There’s a certain familiarity here to what happened with Bruno Fernandes.

“Probably the first story of Fernandes moving to England was one in which a number of quite prominent reporters, off the back of information coming out of Portugal, said that City had a deal in place to sign Bruno Fernandes.

“[But] there was no deal, City weren’t interested in buying the player, and the information had been put out in order to create a market for Bruno Fernandes and actually the target market was Manchester United. 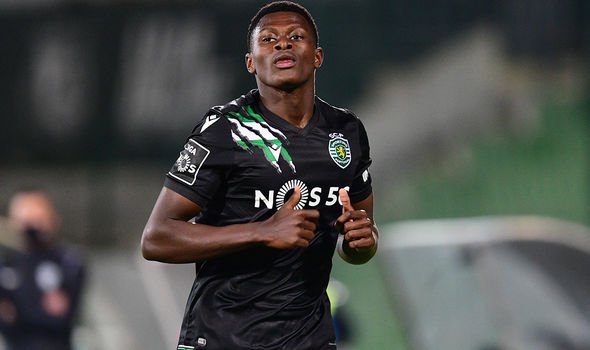 “What better way to try and get Manchester United to buy a player than say that Manchester City are close to doing a deal.

“It didn’t work that summer but eventually Manchester United did the deal.”

Castles says the situation with Mendes is similar, with Sporting hoping United come in to sign the player.

However, the deal looks less straightforward due to United being well-stocked on the left side of defence.

He continued: “That, I am told from people very familiar with the situation at Sporting, is the strategy here again.

“There is a belief that they can move the player to Manchester United.

“It suits them to have Manchester City linked and say a transaction is close to taking place.

“Unfortunately, I think it is a harder deal to do this time. At least with Bruno Fernandes United needed a creative midfielder.

“My information is that [Mendes] is not a priority for Manchester United.”