Tottenham have posted a brilliant throwback picture of Gareth Bale posing for a photo with Dane Scarlett a decade ago.

Scarlett was six at the time and in awe of one of his Spurs hero, who he is now playing alongside in Jose Mourinho’s first-team squad.

Tottenham posted the original snap from when Bale was first at the club before he left for Real Madrid. 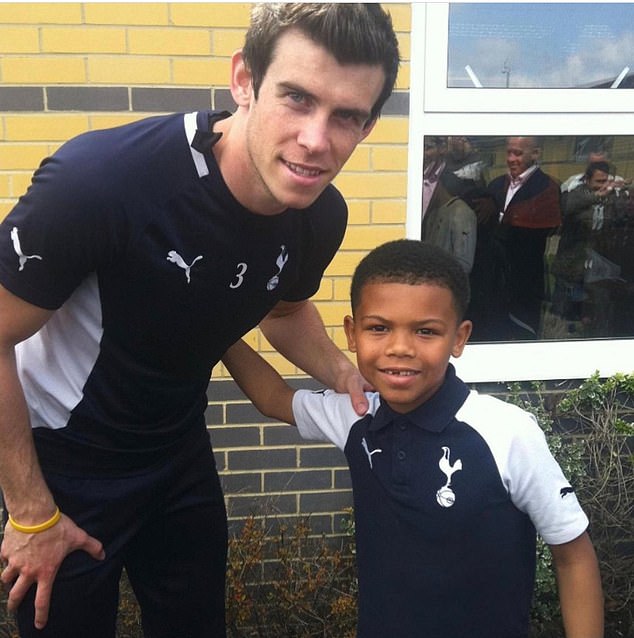 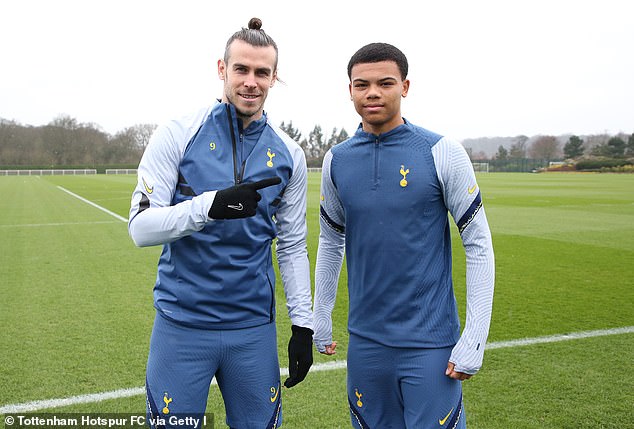 And they followed up by sharing the updated version, with the Welsh winger standing alongside 16-year-old Scarlett.

Those years spent sweeping up trophies with Real for Bale, were used by Scarlett to hone his craft and work towards a breakthrough.

He has made the leap this season, playing three times for the club including the 4-0 win over Wolfsberger.

Scarlett set up a goal for Carlos Vinicius in that game and shows plenty of promise both as a striker and winger.

Mourinho is excited by the hot prospect and previously said: ‘I do not want to say too much because his academy manager will kill me.

‘But he is 17 next month – and next season I want him training with the first-team squad.

‘He is a diamond, a kid with incredible potential. He has worked many times with the first team and that gives him a different personality.

‘He is still 16, 17 soon, and I believe next season he will be a first-team player – because he has a lot of talent.

‘He is a striker, a No 9 But I have been playing him from the sides – similar to Marcus Rashford – and he is already very clever.’ 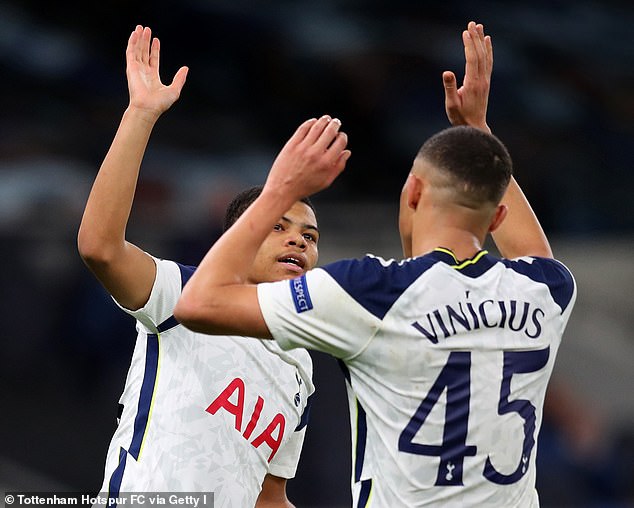 Unhappy Port Vale complain about several decisions going against them