At least there is one title that looks to be heading for Celtic Park. By turning a losing position into a winning one within the space of three minutes, Odsonne Edouard strengthened his status as the Premiership’s top scorer.

That’s 15 goals in the league now for the Frenchman – four clear of his nearest rivals – and 20 for campaign overall. Given there have been times this term when it’s looked as though Edouard would rather be far away from Glasgow’s east end, the numbers attached to him remain impressive.

The sixth and seventh finishes of his last half-dozen appearances were both expertly taken. He was there when Celtic needed him at McDiarmid Park, providing fitting conclusions to two moves of real quality. 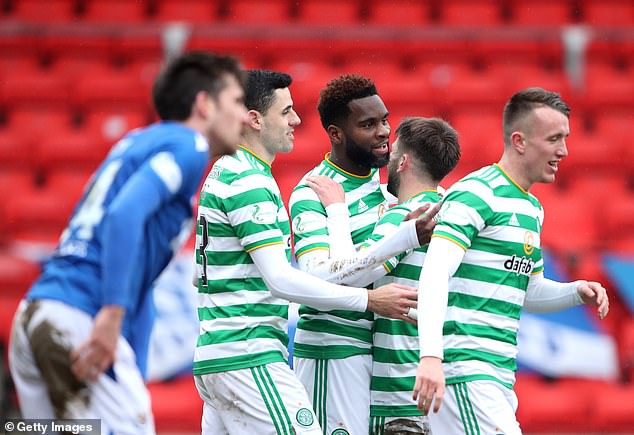 Edouard struck first on the hour mark to cancel out Shaun Rooney’s headed opener for St Johnstone ten minutes earlier. When the 23-year-old rapidly followed up, it was with a goal that summed up much of what makes him special as a striker. Few players seen on these shores are as utterly unflustered inside the area.

That double sealed a fourth successive win for Celtic for the first time in four months. Clearly, the frustration for all involved is that this mini-revival has come too late to carry any real meaning in terms of the Premiership. Having cut Rangers’ lead to 18 points, they can trim it further by beating Aberdeen on Wednesday night. It’s all about making the gap more respectable by the time the title is inevitably delivered to Ibrox. 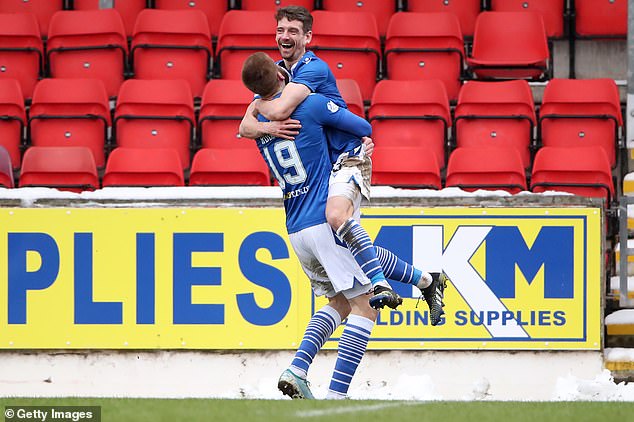 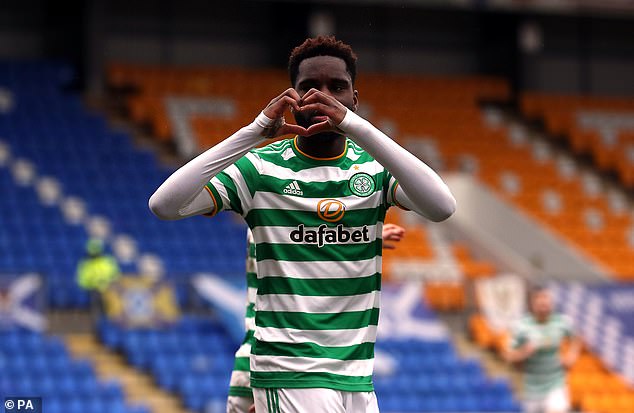 For St Johnstone, just a second defeat in seven was tough to take after the promise of more. Still eighth, Callum Davidson’s men have Motherwell next before the Betfred Cup final against Livingston.

There was a delicate balance to the first half. Celtic saw more of the ball but took time to exert any real control through it. Picking holes in St Johnstone’s shape was problematic.

Under Davidson’s guidance, the home side always project a well-coached demeanour. So it was again here. Pressing high whenever they could, Saints often shuttled their opponents into areas they didn’t particularly want to occupy.

Midfield was particularly intriguing. While Tom Rogic, David Turnbull and Callum McGregor always looked forward with their passing, there was space in front of Celtic’s back four for the hosts to exploit. Craig Bryson and David Wotherspoon sought to drop into that zone to cause Scott Brown a problem.

Wotherspoon thumped a drive too high from just outside the area but Saints didn’t trouble Scott Bain before the break.

After an even opening half-hour, Celtic began to up the tempo. Quicker interchanging of positions asked different questions of the McDiarmid Park defence.

It almost led to an opener on 31 minutes. Rogic swept the ball left for Edouard, with the Frenchman fizzing a low cross along the six-yard line. Ryan Christie couldn’t quite reach it on the stretch but Rogic was following up beyond the far post. His firm effort was cleared off the line by Callum Booth.

Two minutes later, Turnbull surged forward before lashing a shot over the bar. He had Callum McGregor in support but his recent form justified the ambition shown.

Then Christie tried his luck from 20 yards. The strike bounced just in front of Zander Clark but the hosts reacted first to clear following the goalkeeper’s block.

It felt like a crucial spell for St Johnstone to survive. And they did. The interval was reached with the scoresheet blank.

What a transformation there was come the restart. Davidson’s men emerged with a burst of renewed attacking intensity that Celtic simply couldn’t handle.

Getting it wide to the wing-backs for crosses was the key tactic. And it could have delivered a 48th minute opener when Shaun Rooney picked out Conway with an expert delivery. The veteran’s first touch bought him space but he couldn’t connect properly on the turn and the chance was wasted.

Saints didn’t linger on it. Within two minutes they secured the lead thanks to the impressive Rooney.

A period of quick passing saw the ball worked from right to left, with Conway laying it back for Callum Booth. The wing-back’s first time cross swirled high in the air, with opposite number Rooney towering above McGregor and Greg Taylor to head beyond Scott Bain. 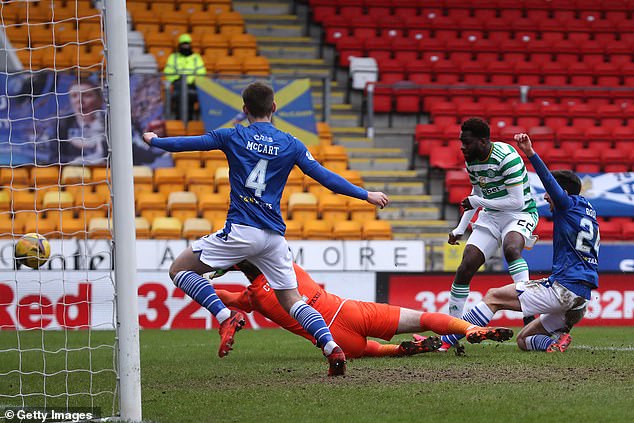 As a result, Neil Lennon’s key striker has scored eight goals in his last six games for Celtic 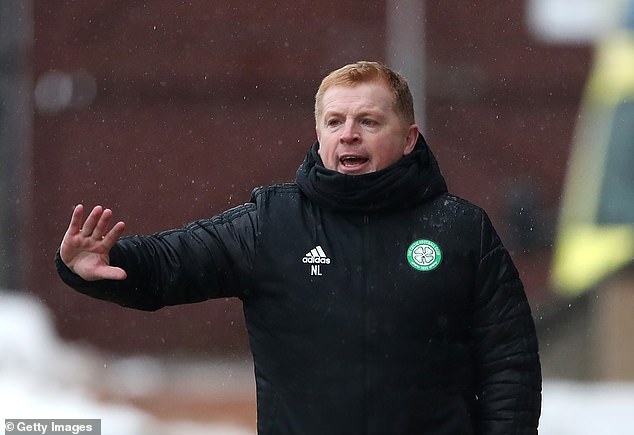 Now Celtic had a challenge. Remarkably, that was the first home goal St Johnstone had scored against them in four years.

The Parkhead side had netted 24 times here in the interim. And their vibrant response to going behind quickly increased that tally. Two delightful goals from Edouard arrived in the space of three minutes.

Celtic were level by the hour mark. A lovely run from Christie took him though the inside-left channel to the bye-line for a cross. Edouard had read the intent, getting across the Saint’s centre-backs to stab in a clever finish at the near post.

Even better followed to flip the contest. Christie cheekily dummied Turnbull’s crisp pass to let it run for the on-rushing Taylor.

The full-back’s low delivery found Edouard, whose initial touch facing away from goal let the ball run across him.

Some strikers might have rushed it. Not Edouard. He calmly waited for the angle he wanted before wheeling and firing powerfully past Zander Clark.

Cesc Fabregas receives TWO marks out of 10 for poor performance