Goals from Andy Halliday and Liam Boyce see Hearts win their second successive game on return to the Scottish Premiership; Joe Shaughnessy pulls a goal back for St Mirren, who finished the game with 10 men after Kristian Dennis red card Hearts moved to the top of the Scottish Premiership with a hard-fought 2-1 win away at St Mirren.

Goals in either half from Andy Halliday and Liam Boyce saw Robbie Neilson’s men extend their perfect start to the season.

Jim Goodwin’s side got a goal back late on through Joe Shaughnessy then finished the game with 10 men when Kristian Dennis was shown a straight red card moments later.

Goodwin had made two changes from the team that had drawn with Dundee on opening day. Jay Henderson and Ethan Erhahon both dropped to the bench, replaced in the starting line-up by Richard Tait and Greg Kiltie.

Hearts, in turn, made just one switch following their win over Celtic. Peter Haring was handed a start with Stephen Kingsley dropping out altogether due to illness.

It was the visitors who had the first chance after a cagey start. Michael Smith picked out Boyce with a cross from the right and the striker’s header dropped just wide of the target.

St Mirren responded with a Curtis Main shot on the turn that shaved the outside of the post. 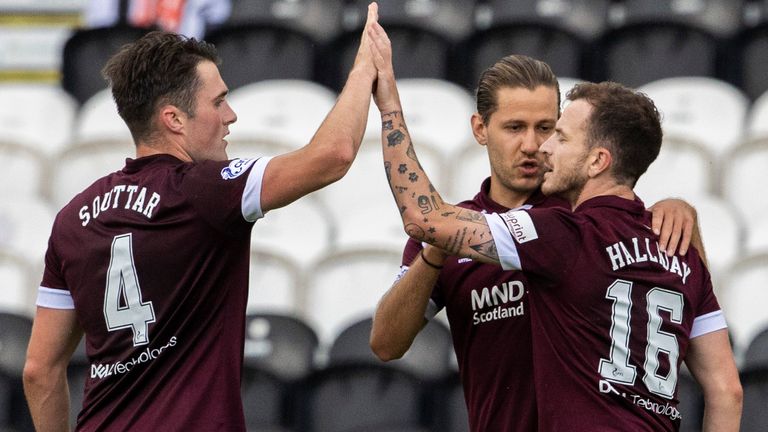 But it was Hearts who claimed the lead after 16 minutes, Boyce teeing up left wing-back Halliday who lifted a neat shot beyond Jak Alnwick.

Tait then hit the Hearts crossbar with a header but referee Gavin Duncan had blown anyway for a foul earlier in the move.

From a Jamie McGrath corner, St Mirren captain Shaughnessy then headed over the Hearts crossbar.

The Tynecastle side had further chances of their own before the half was out but both were spurned by Gary Mackay-Steven, while a half-hearted St Mirren penalty appeal for a trip on Tait was waved away.

The home side opened the second half pushing for an equaliser and Craig Gordon clutched two stinging Eamonn Brophy efforts in quick succession. 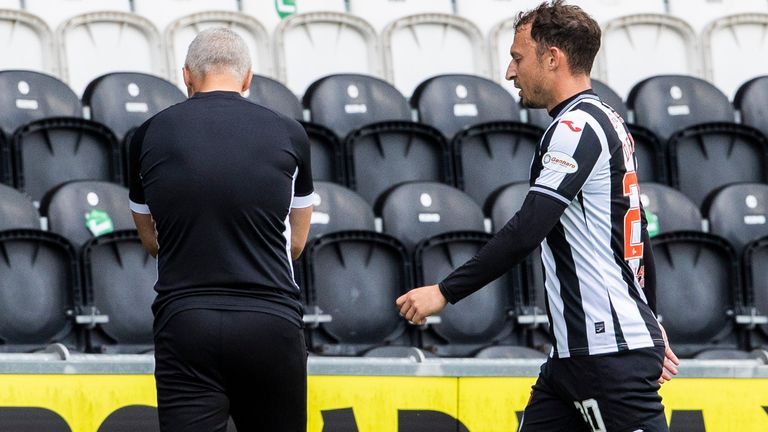 Kiltie then found no takers with a great ball across the face of goal before Main’s volley went narrowly wide.

Hearts had hardly been in the second half as an attacking force but doubled their lead with a rare foray forward after 73 minutes.

Mackay-Steven fed Boyce who cut onto his right foot before unleashing a shot that beat Alnwick for power.

But any chance of a comeback effectively ended seconds later when substitute Dennis was shown a straight red card for smashing into Haring. “In the second half, I thought we were better. I thought we played the majority of it in Hearts’ half, albeit they have a lead and are trying to hold onto it. Robbie certainly didn’t disappoint with how they set up, on the counter-attack and they’re quite happy to sit off the ball and allow you to have it.

“We probably didn’t do enough in possession to create enough clear-cut chances. I can’t fault the players again for their effort, it would be a lot easier to come out here and say we were really poor and Hearts deserved the win.

“I thought it was a fairly even game. The second goal for me is disappointing because there isn’t enough pressure on the ball… and we need to get out better. Jak Alnwick has been our most consistent player for a couple of seasons and will be disappointed that it crept in.” 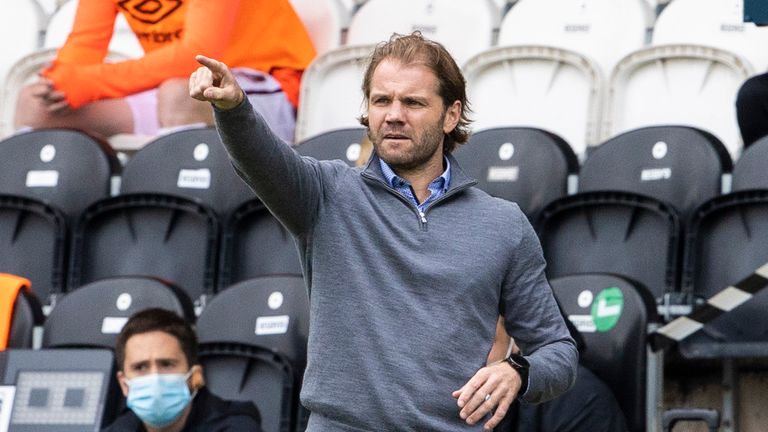 Hearts manager Robbie Neilson told Sky Sports: “I thought we huffed and puffed at times. We knew it would be difficult coming down here, St Mirren are a very strong team, they’ve got a good record and it’s been a long time since we’ve won here.

“We’ve changed our shape over the summer and been trying to get players into these different areas and make it difficult for teams… To a man, I thought we were very good today, but we can still improve.

“I still think we need a few more attacking players in. We brought some subs on which were more defensive because we didn’t feel we had enough attacking threat to come on and influence the game.

“So if we get them in, it will give us that opportunity to have more pace in the team.

“We’re delighted. Sitting top of the league tonight is brilliant for us, but there are 36 games to go. We have to keep concentrated.”

St Mirren travel to Livingston in the Scottish League Cup next Saturday, while Hearts are away to Celtic on Sunday August 15.