Bournemouth winger Junior Stanislas has apologised after engaging in a bizarre shoving match with team-mate Sam Surridge in their win against Wycombe Wanderers.

The 31-year-old gave Surridge a dressing down after the latter fired a shot wide of the far post in injury-time of their 1-0 Championship win on Tuesday at the Vitality Stadium, enraging the former who had found plenty of space on the edge of the box.

But words then escalated into physical confrontation as the pair shoved each other once before trying to grab each other’s shirts while continuing their heated verbal exchange. 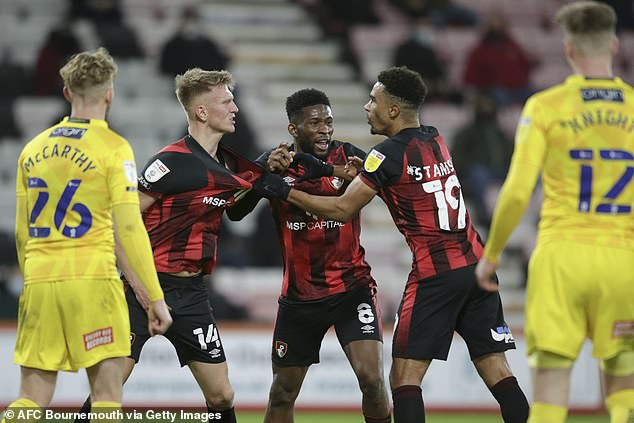 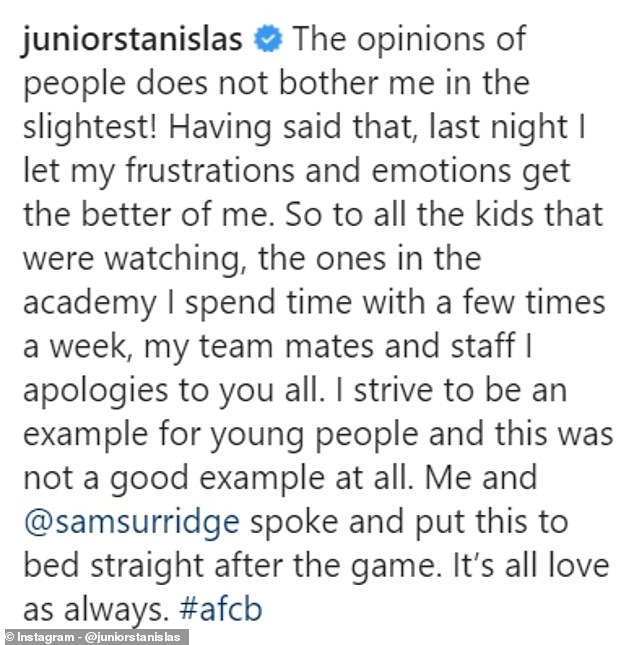 The duo were eventually separated by Colombian team-mate Jefferson Lerma, while Dan Gosling also appeared to question Stanislas why he had felt the need to take such drastic action.

Referee Matt Donohue then calmed the situation by speaking to the duo and Bournemouth skipper Steve Cook, but now a day later Stanislas has addressed his actions and insists it was not the sort of example he wants to set for young players.

Stanislas posted on Instagram: ‘The opinions of people does not bother me in the slightest!

‘Having said that, last night [Tuesday] I let my frustrations and emotions get the better of me. So to all the kids who were watching, the ones in the academy I spend time with a few times a week, my team-mates and staff I apologise to you all. 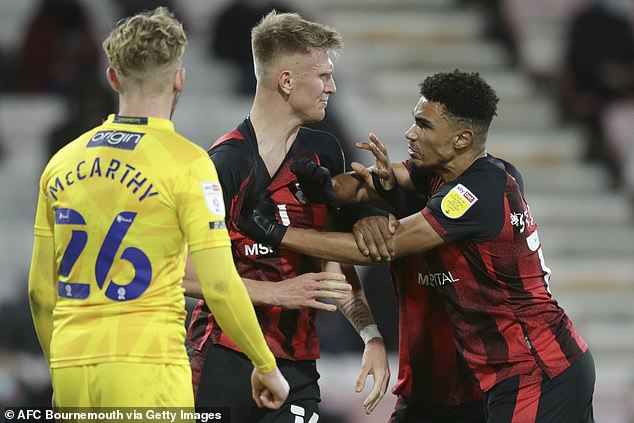 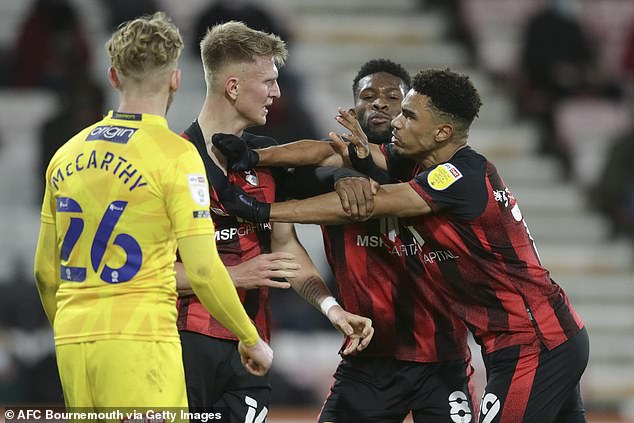 ‘I strive to be an example for young people and this was not a good example at all. Me and @samsurridge spoke and put this to bed straight after the game. It’s all love as always #afcb’.

Speaking after the game, Bournemouth boss Jason Tindall played down the bust-up and insists it was passion involved in that moment that got the better of the duo.

‘It’s not what you want to see but at the end of the day, no hard feelings,’ said Tindall.

‘I’ve spoken to them in the changing room just now and they’re fine. The passion probably got the better of the situation and it’s no different from what goes on up and down the country on training grounds every day.’

Stanislas’s sixth goal of the Championship season saw the Cherries join Norwich at the top of the table on 37 points after beating Gareth Ainsowrth’s Wycombe, who had Alex Pattison sent off four minutes before the 31-year-old’s goal. 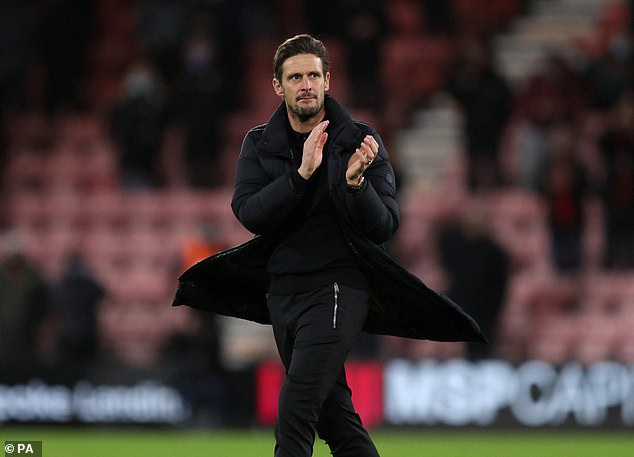