‘I’ve got no problem with that’: Steve Bruce to allow Jonjo Shelvey to continue as Newcastle captain in absence of Jamaal Lascelles

Steve Bruce will allow Jonjo Shelvey to continue as Newcastle captain in the absence of Jamaal Lascelles.

The Magpies boss admits he had not given the armband much thought despite Lascelles being ruled out until after Christmas because of a broken leg.

It was Shelvey who took over captain’s duties following the defender’s withdrawal during the 2-1 home win over Bournemouth before the international break. 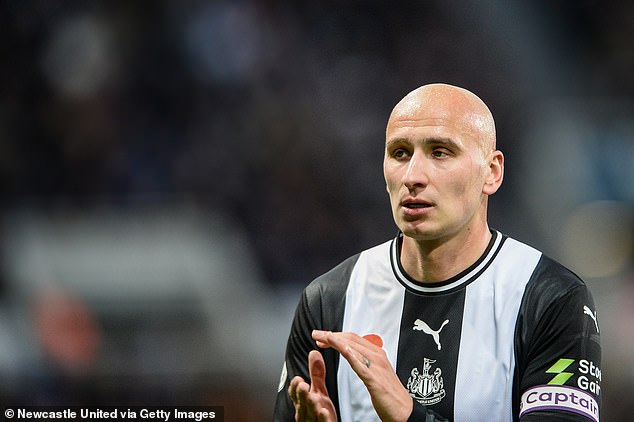 Bruce did not even have Shelvey in his starting XI a few weeks ago but is now happy to see him lead out the team at Aston Villa on Monday night.

‘Jonjo seems to be the normal one, to put (the armband) on him, and I’ve got no problem with that,’ said Bruce.

Bruce added: ‘He’s got this perception about him that he doesn’t care – that’s wrong. He’s a good pro, he’s a good lad, and he’s popular. He trains well and I’ve got no problem with him.’ 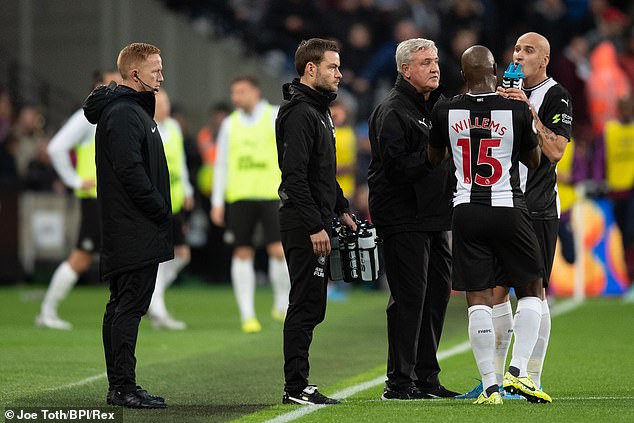 Shelvey has been carrying a thigh injury in recent months but Bruce believes the midfielder – who is playing for a new contract at St James’ Park – is now free of that lingering concern.

‘He tried to play through it and I think that hampered him for a while,’ he said.

‘This perception that he can’t run is not right. So I think he’s fit and now he’s got to hit them physical levels and, if he does, then he’ll be fine, because we all know the ability he’s got.

‘It’s the other side which you know he has to (work on) and he’s done it.’