‘Everyone knows he has had his head turned’: Steven Gerrard admits star striker Alfredo Morelos has been distracted by Lille interest after Rangers limped out of Europa League

Steven Gerrard admitted on Thursday that Alfredo Morelos has had his ‘head turned’ by persistent speculation surrounding a move to Lille.

The Colombian striker looked sluggish and off-form in a 1-0 second-leg defeat to Bayer Leverkusen that confirmed the end of Rangers’ impressive Europa League run at the last-16 stage.

Gerrard insisted he wasn’t blaming any individual players for the defeat and praised the 14 European goals Morelos scored to take the Ibrox side deep into the competition. 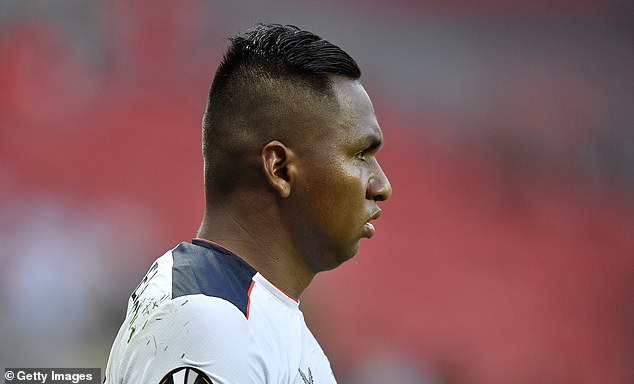 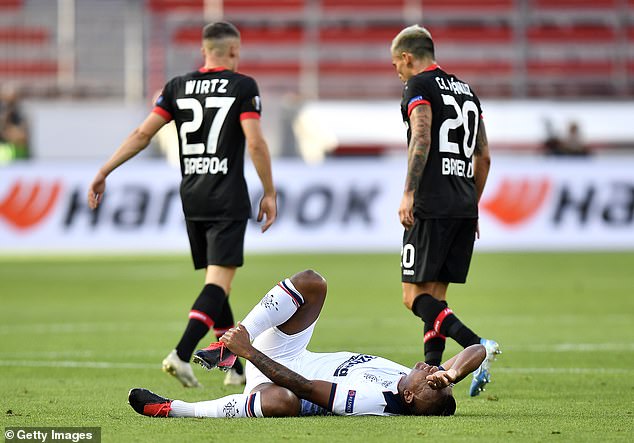 However, he did address the idea that the 24-year-old may now have his mind elsewhere after Lille’s opening approach was rejected.

The Ligue 1 outfit have yet to return to the table with an improved offer to seal a deal.

‘Everyone knows he’s had his head turned for sure — there is no denying that,’ said Gerrard.

‘We move forward and my focus is on the team and players who want to be here.

‘My focus is on St Mirren (on Sunday). If a bid comes that the board likes and the player tells me face to face that he wants to go, then we’ll see what happens.

‘Alfredo is professional enough to try to block the noise out and focus. He hasn’t had the best of games but we haven’t as a team.

‘We all have to improve. There is no finger-pointing on anyone’s performance but Alfredo needs to remain focused.’ 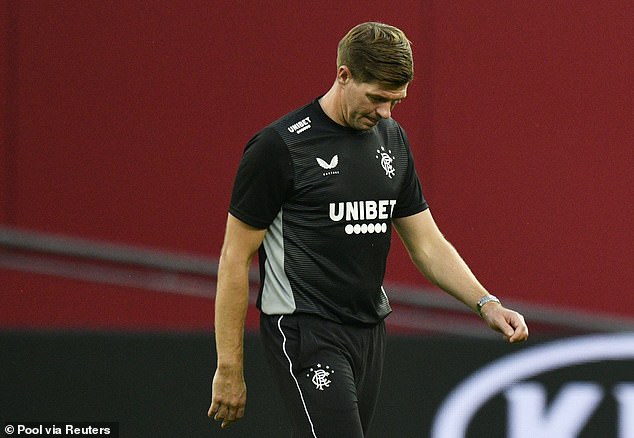 Asked if it was fair to say Morelos looked as though he could be in better physical condition, Gerrard said: ‘That’s your opinion.

I just want to talk about how well we’ve done in terms of the journey. If you look at where we were two years ago in this tournament when we weren’t qualifying against part-timers.

‘We haven’t been good enough over the two legs against Leverkusen but that’s collectively.’

Morelos was an inspirational presence for Rangers before Christmas, boosting his reputation with a prolific run on the Europa League stage.

‘His goalscoring has been phenomenal since he’s been here,’ said Gerrard. ‘His goals-to-game record is fantastic. In the qualification and group stage, he certainly helped us get this far.

‘This European run has gone now. We’ll come back stronger. The important thing now is that Alfredo and all the boys show a reaction at the weekend and come back with a better performance.’ 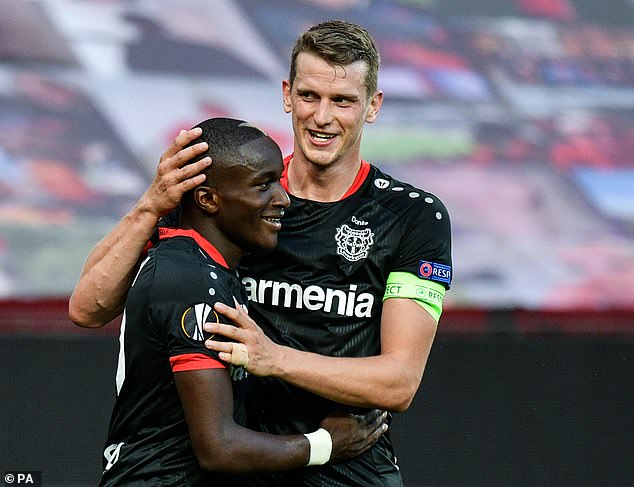 Rangers will start again in the second qualifying round of the Europa League next month, with Gerrard recognising the financial importance of another group stage qualification to go beside their domestic bid to prevent Celtic winning ten in a row.

‘We totally understand how important Europe is for the club in terms of finances,’ he added.

‘The reason the board have given me the backing they have is because of the qualifications and journeys we have had in Europe.

‘The main focus now will be domestically. We have to switch our focus to St Mirren.’

Centre-back Connor Goldson admitted Leverkusen had too much quality, saying: ‘They found it quite easy to play round us and their quality showed in the end.

‘The quality and commitment we’ve shown over the season in Europe was brilliant but maybe tonight was a step too far for us.’