Rivaldo believes Steven Gerrard would take Ianis Hagi with him to Liverpool, should he ever leave Rangers for his former club. The former Reds captain secured legendary status in Glasgow by guiding the ‘Gers to their first Scottish Premiership title in 10 years last weekend.

Now he is targeting an unbeaten league campaign as well as Europa League glory as he bids to make Rangers the kings of Scottish football for a sustained spell once again.

His impressive record at Ibrox has only strengthened his case for landing the Liverpool job, should Jurgen Klopp depart his position at Anfield.

Gerrard is planning for the future at Rangers but in the view of Rivaldo, there would be no surprises if he was to take one of his most-prized assets with him to Liverpool, should he ever take over the reins on Merseyside.

The Brazilian said: “I am sure Gerrard will go to Liverpool one day and maybe Ianis Hagi could make the step with him and follow him to Anfield.” 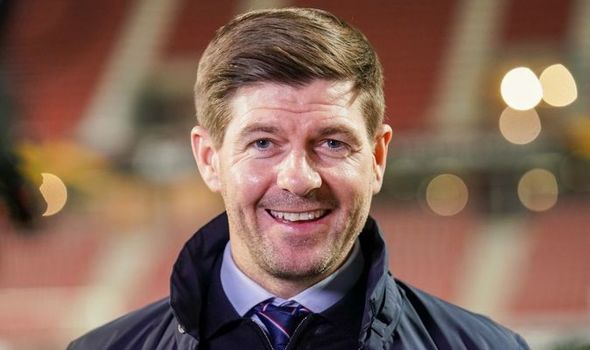 Rivaldo urged Hagi, who played with his son in Romania, to quit Rangers last December when he was on the fringes of the starting XI.

But since then the 22-year-old, who joined permanently from Genk in 2020, has become a mainstay in Gerrard’s blue juggernaut.

Rivaldo’s son, Rivaldinho, played with Hagi for Viitorul Constanta – owned by the legendary Gheorghe Hagi (son of Ianis) – before his move to Belgium in 2019.

Speaking last summer, Rivaldinho backed his old friend to make a huge impact under Gerrard as he praised his star quality in attack.

“I don’t know what happened in Belgium, he was also in a good club, but they didn’t give him time and confidence,” the 25-year-old said.

“He is young and talented, and Steven Gerrard gave him what he didn’t have at his previous club. If you give him confidence, he makes the difference in the pitch.

“He told me that the fans are amazing. They make a fantastic atmosphere every game. He is very happy at Rangers, and I’m sure he will do great (in) the next season. He’s the player with the most quality I’ve ever played with.”

‘Gers boss Gerrard poured cold water on links to Liverpool earlier this week, in an interview with ITV. 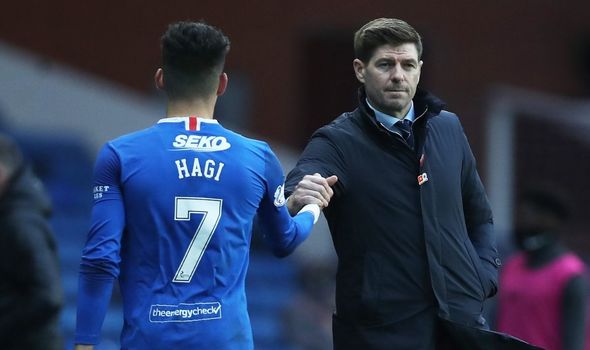 When asked whether he was interested in the position, he responded: “The Liverpool fans don’t want me as their manager. They want Jurgen Klopp. I wish you knew how much we love Jurgen Klopp.”

One player who is likely to be linked with a return to Liverpool should Gerrard ever get the role is Ryan Kent.

The forward joined Rangers on a permanent deal from Liverpool for £7.5m in September 2019.

Leeds were interested in bringing Kent to the Premier League last summer but their advances were waved away by Rangers chiefs.