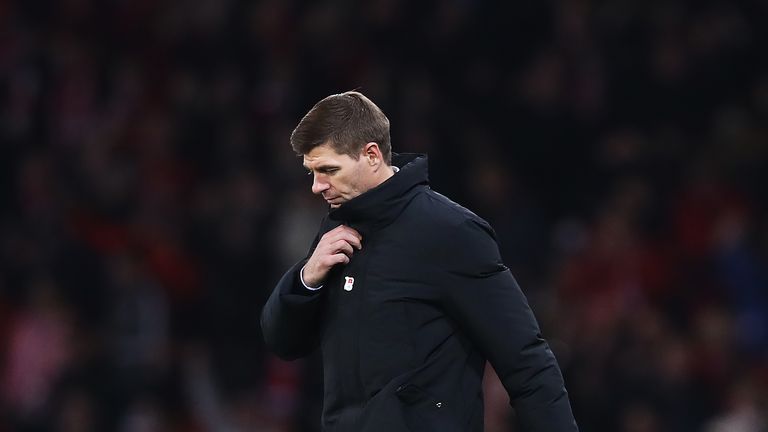 Steven Gerrard told his Rangers players it is time they started taking responsibility after insisting they failed to deliver an acceptable response to their Betfred Cup exit.

The Ibrox boss was looking for a big reaction after Sunday’s Hampden defeat to Aberdeen as they welcomed Kilmarnock to Glasgow. But they were held to a frustrating 1-1 draw after Greg Stewart cancelled out Alfredo Morelos’ early opener.

The result sees Rangers remain eight points behind leaders Hearts but drop four behind Celtic and the Gers manager says it is time his players started showing him more.

“It was not the result or the reaction I wanted after the weekend,” Gerrard said. “It was a six or seven out of 10 and it wasn’t enough to beat a well-drilled Kilmarnock team.

“We knew the onus would be on us to provide the quality. We got the first goal which should have given us a big lift but it never. We continued to play slowly. It was a frustrating result and a frustrating performance.”

He added: “I can sit here and protect them all night and take the blame. If that’s what they want then I will. But, they are Rangers players. They are the ones who have to go out and deliver and tonight they haven’t.

“We will all take the blame together but they have to take responsibility at some point. 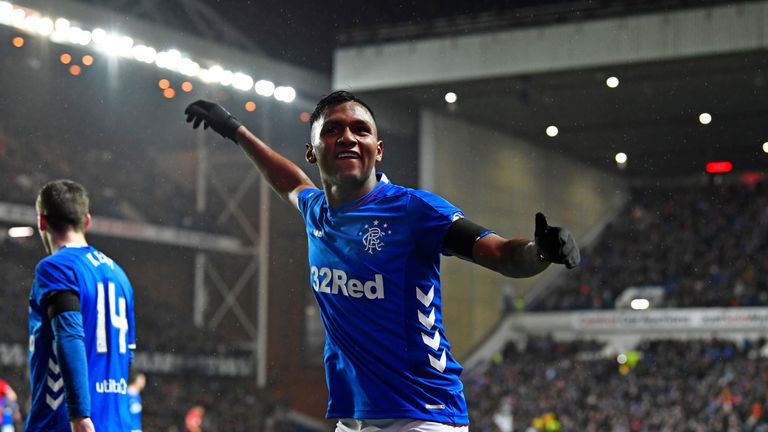 Morelos returned after missing Sunday’s 1-0 Dons defeat and immediately produced the spark his side had missed at the National Stadium as he fired a deflected ninth-minute strike past Jamie MacDonald.

But mistakes by Joe Worrall and Jon Flanagan opened up space for Stewart on the quarter-hour mark and the Killie frontman – who was only cleared to play after Killie appealed a notice of complaint issued following an off-the-ball scrape with Hamilton’s Scott Martin at the weekend – took full advantage as he swept a stunning strike home.

The visitors could even have snatched victory in stoppage time but Stewart was this time denied by Wes Foderingham.

Kilmarnock boss Steve Clarke, whose side remain three points above Gers in third place, was delighted with his side’s dogged display. 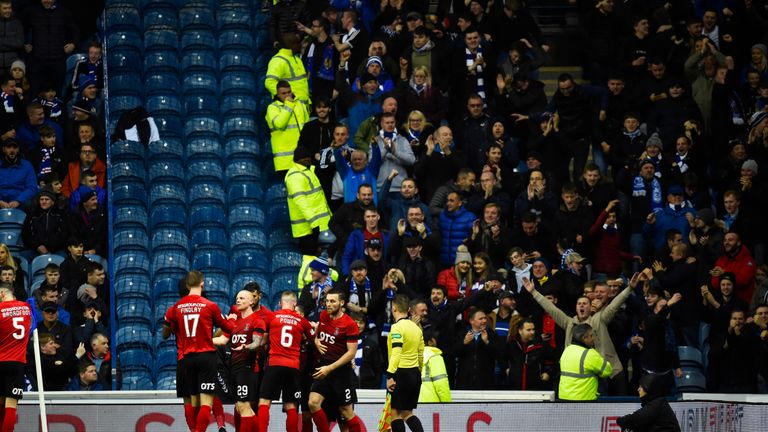 “I believe we’re the first team in the league to come here and stop Rangers getting all three points, so we can be pleased with that,” he said.

“But, we’re also a little bit disappointed because we also had opportunities, especially in the second half when the game opened up a little bit. We could have scored because Greg Stewart got away at the start of injury time and with a little bit of luck we might have nicked another goal.

“With a little bit more care and attention, we might have had all three points.”