Liverpool are preparing for life without Dutch midfielder Gini Wijnaldum, who is set to join Barcelona at the end of the season, having turned down a contract extension with the Reds. Several names have been linked with a move to Anfield, but Steven Gerrard has already approved of one player.

Liverpool legend Steven Gerrard has already given his former side his approval amid a reported £10m move for a replacement for Georginio Wijnaldum.

Dutch midfielder Wijnaldum is expected to leave the Reds at the end of the season, having turned down a contract extension.

The 30-year-old is being strongly linked to Barcelona, meaning Jurgen Klopp will be left with a gap in his midfield.

Several names have been linked as a result, including Brighton’s Yves Bissouma and Florian Neuhaus from Borussia Monchengladbach. 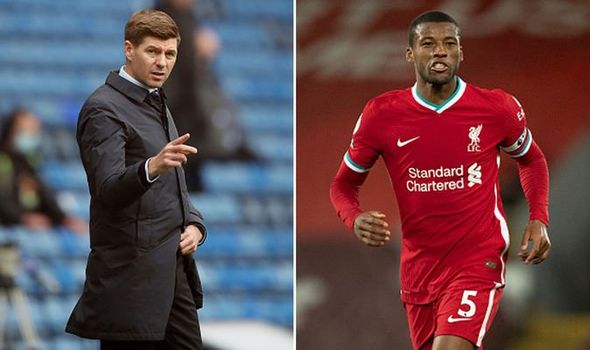 However, reports from Italy have suggested that ex-Arsenal man Aaron Ramsey could be the man to take over Wijnaldum’s mantle and make a return to the Premier League.

Calciomercato claimed earlier this week that West Ham and Crystal Palace had “timidly tested the ground” about a potential move for Ramsey.

While Tutto Juve go as far as to report that the Welshman has been add to Liverpool’s list of summer targets, and is one of several names on Klopp’s hit list.

Ramsey still has two years left on his contract in Turin, but has failed to replicate the kind of form he showed for Arsenal in northern Italy. 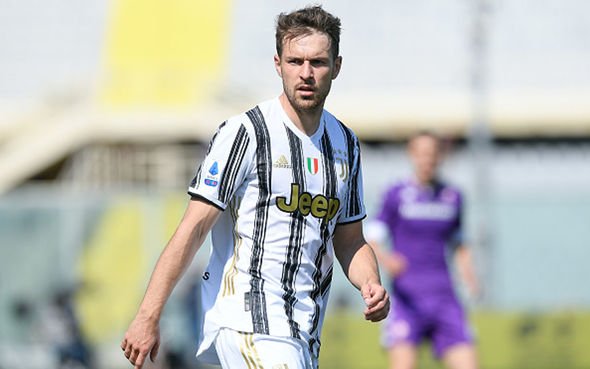 And that has led to claims that Juve are willing to let the 30-year-old leave for as little as £10m this summer, with a return to the Emirates also mooted.

Ramsey has played in a number of midfield positions, and would likely play in a box-to-box role for Liverpool.

But back in 2015, Anfield legend Gerrard gave him the sort of title that many would love to have in the English top flight.

“I don’t think he’ll be happy himself playing out wide because he hasn’t got the legs – his qualities are all in the middle,” Gerrard told BT Sport while covering an Arsenal game in the Champions League.

“For me, when he’s in that form, he’s the best attacking midfielder in the Premier League.

“You should play your best players where they want to be and I’m sure that’d be in the middle.”

CHRIS SUTTON: Five key battles to look out for as Man City take on PSG