If ever victory could be considered inglorious, here it was. Leicester City were given some light relief last night but not much of it, requiring penalties to beat the 89th-best team in England.

Stockport County were superb all night. Leicester less so, barely mustering a chance of note until spot kicks loomed.

And eventually they were indebted to debutant Daniel Iversen, completing three saves in the shootout, to squeeze past their lower league hosts. 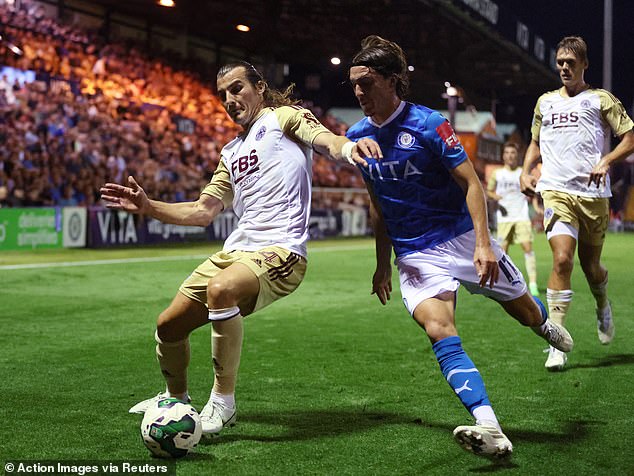 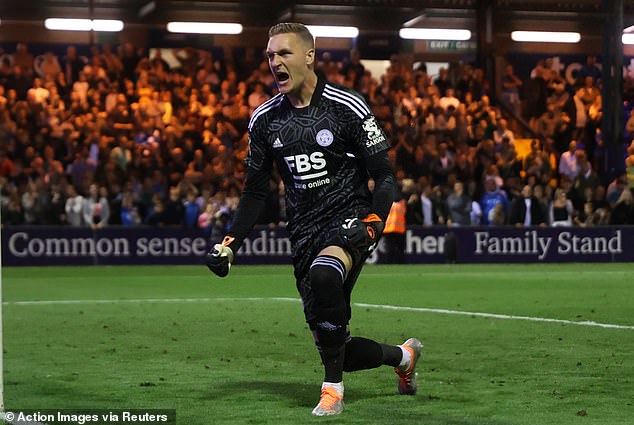 Even then, James Maddison and Ayoze Perez missed – one saved, one blazed over the bar – before Kiernan Dewsbury-Hall finally finished things. They really did things the hard way. Confidence looks at an all-time low. Everyone will fancy them in the next round at this rate.

This month could barely have gone much worse for Brendan Rodgers. Wesley Fofana was not selected again as Leicester yesterday rejected another bid from Chelsea for the central defender. The latest, a third offer, stood at £60million plus another £10m in instalments.

The Foxes are holding out for a world-record fee and it remains to be seen how Fofana reacts – whether they can reintegrate him – if Chelsea were to walk away over finances. 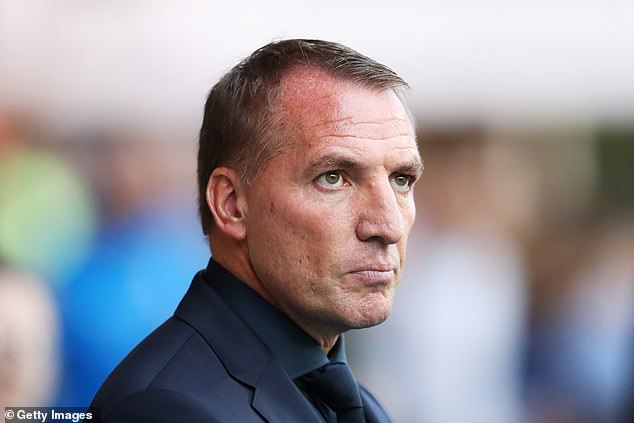 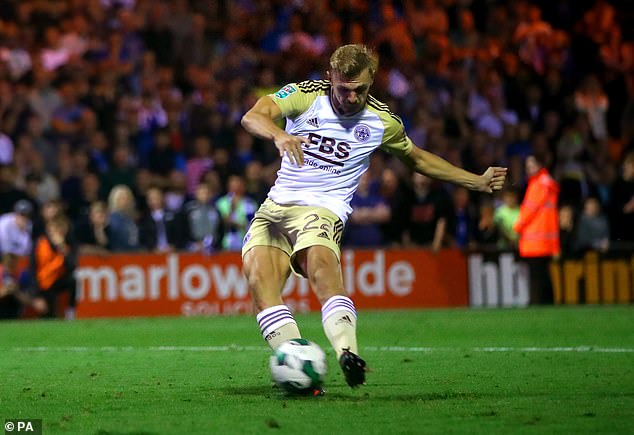 Add to that a penchant for blowing leads, with a single point from winning positions at home in the Premier League so far and it does not make for an overly content camp. The future of Youri Tielemans, who started last night after being left out on Saturday, is still up in the air with Arsenal interested.

New signings do not appear to be forthcoming, either, with Rodgers facing a job to turn around fortunes in the short-term, which may be easier said than done given a tricky list of fixtures starting at Stamford Bridge on Saturday.

The Northern Irishman bristled on the touchline, stood a few yards from Dave Challinor, the Stockport manager who had arrived at the ground long before any other soul.

Challinor, a fitness fanatic, was seen doing laps of Edgeley Park and up the stairs of the main stand here in preparation for the evening.

Clearly his team – who are struggling with the acclimatisation of life back in the Football League after an 11-year absence – saw the boss putting the hard yards in, because that was replicated against their stellar opposition.

Leicester were afforded no peace in the attacking areas that mattered and it was to Challinor’s credit that his side, much-changed themselves from a weekend defeat at Mansfield Town, went in level at the break.

There had been glimpses of top-flight quality, which were to be expected. Kelechi Iheancho swept past the far post when cutting in from the right, while Patson Daka’s shot was stopped by the foot of Vitezslav Jaros.

Really, though, Daka should not have been given the opportunity: Dennis Praet ought to have let fly across goal when bursting through rather than square it.

But those are the sort of decisions players make when things are not exactly how they might hope. Rodgers had kept only Harvey Barnes in from the Southampton defeat, with eight of this line-up making first starts of a campaign that requires some life sooner rather than later. 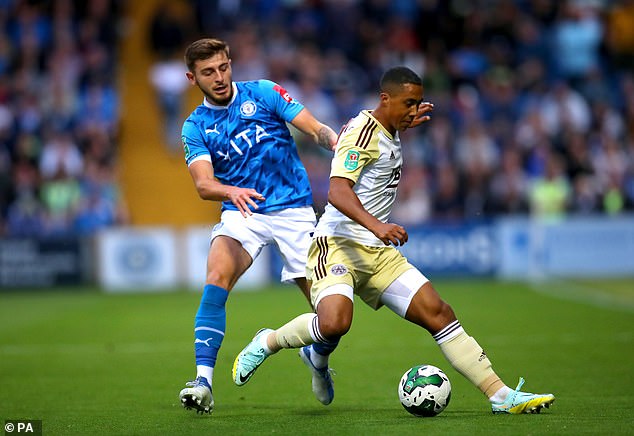 Daniel Iversen, making a debut six years after signing from Esbjerg, made a smart stop to thwart Callum Camps as Stockport hit their illustrious visitors on the counter attack. Later, Ollie Crankshaw’s effort whistled past Iversen’s left-hand post from distance.

Stockport have only conceded fewer than two goals in one of their five League Two matches so far this term yet Leicester struggled to break them down. Rodgers threw on Maddison to inject energy and additional guile, the midfielder dragging a shot agonisingly wide, while Timothy Castagne was introduced for more purpose on the right.

On came Perez, men chucked up forward to stop this from going to penalties. They needed them, though, after Mark Kitching hooked off the line from Dewsbury-Hall, Tielemans curled wide and Jaros palmed Maddison’s drive over.