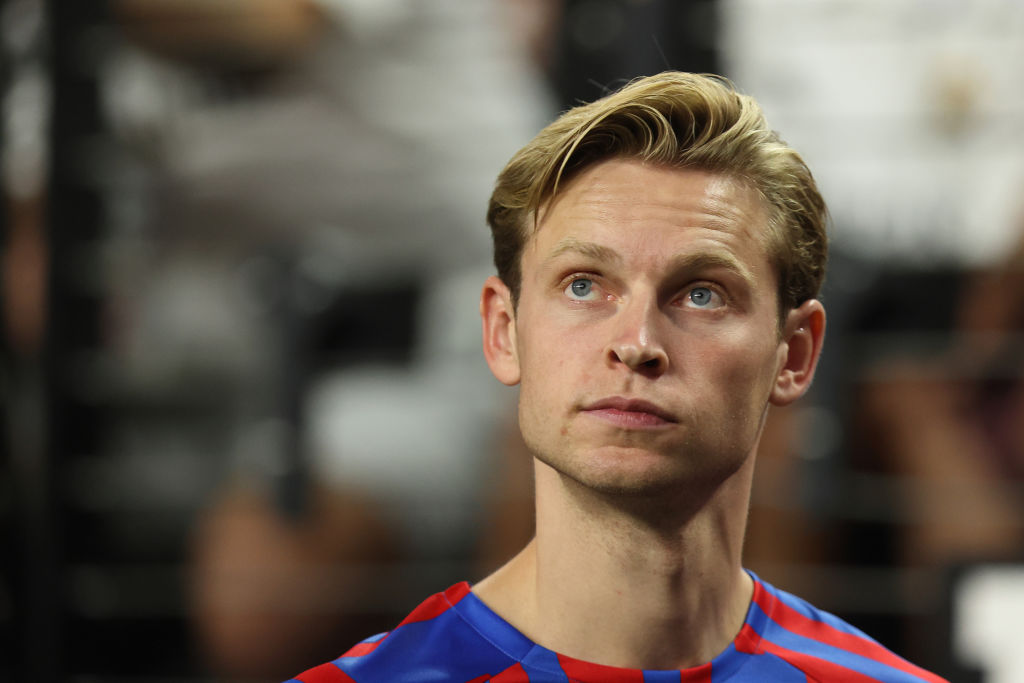 Barcelona president Joan Laporta says there is a ‘strong possibility’ that Frenkie de Jong will stay with the club this summer, although he admits that, ‘in football you never know’, as Manchester United still hold an interest in the midfielder.

The Red Devils have been pursuing the Dutchman all summer but the move to England is looking less and less likely as the transfer window rumbles on.

The clubs had agreed a broad deal to take De Jong to Old Trafford, but it has never seemed that the 25-year-old was thrilled about ditching the Camp Nou for Manchester.

Laporta now insists that Barcelona want to keep hold of the Dutchman and says the player also wants to stay, so it looks very likely that is what will happen.

‘The first thing to say is we want Frenkie to stay at Barcelona. We love the player and him as a human being,’ Laporta told CBS Soccer.

‘I want him to stay at Barcelona. He’s a high quality player and a good guy. I also know that he wants to stay.

‘In football you never know. I can’t say categorically [he will stay]. It all depends on the different parties.

‘But in principle I can say there is a strong possibility he stays and I will do my best for him to stay at Barcelona.’

With Barcelona’s finances continuing to be in a unique and unenviable state, the club has asked De Jong to take a pay cut, but Laporta is insisting that there is no pressure on him to do so.

‘All we are doing with Frenkie is the same as the rest of the squad,’ he explained. ‘The signings coming in have adjusted their salary to the new structure. But Frenkie has a contract and we respect that. We can’t force him to take a pay cut. It’s his decision.’

What channel is Sheffield Utd vs Chelsea on? TV, live stream info for Premier League game