Promoted VfB Stuttgart scored three times in 10 minutes to crush hosts Borussia Dortmund 5-1 in the Bundesliga on Saturday and maintain their unbeaten run on the road this season.

In their best performance of the season under American coach Pellegrino Matarazzo, Stuttgart rode roughshod over the Dortmund defence.

For Dortmund, it was the worst defeat under coach Lucien Favre, who is in his third season at the club. 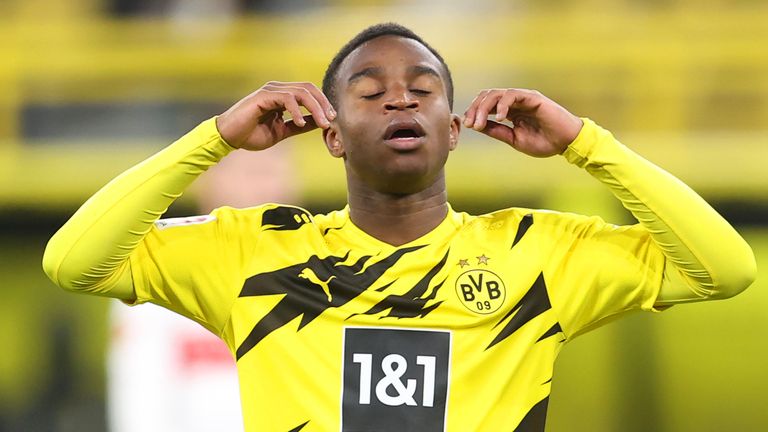 With the visitors pushing for a second goal, the hosts, without injured top striker Erling Haaland, struck against the run of play when Giovanni Reyna latched on to a pinpoint Raphael Guerreiro cross to chip the ball over the Stuttgart keeper.

But a mistake by Guerreiro on the edge of the box in the 53rd sent Wamangituka through for his seventh goal of the campaign.

Philipp Foerster, in his second start for Stuttgart, made it 3-1 on the hour before teenager Tanguy Coulibaly added another goal three minutes later from a Jude Bellingham mistake, with Dortmund’s defence in complete disarray. 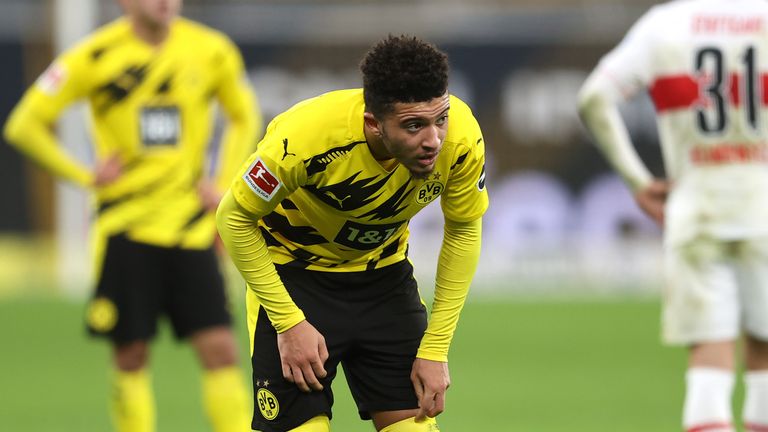 Nicolas Gonzalez, who should have been awarded a penalty earlier, got on to the scoresheet by adding the fifth goal in stoppage time after yet another Dortmund error.

Dortmund have now lost six of their eight games at home without fans. They had lost just one in 32 at home under Favre with fans in the stands.

The Ruhr valley club, who have now gone three league games without a win, slip to fifth place on 19 points, while Stuttgart move up to sixth on 17. Meanwhile, RB Leipzig provisionally moved top of the Bundesliga as a 2-0 victory over Werder Bremen on Saturday lifted them a point ahead of Bayern Munich.

Buoyed by their 3-2 midweek win over Manchester United that earned them a place in the Champions League last 16, the hosts dominated Werder from the start.

Leipzig, who have now won all six of their home games this season, earned a penalty in the 26th minute and Marcel Sabitzer converted it.

Dani Olmo completed a quick Leipzig passing move with a clever dribble on the edge of the box and his low shot in the 41st gave them a two-goal cushion.

Leipzig moved top on 24 points with Bayern, who play Union Berlin later on Saturday, on 23.