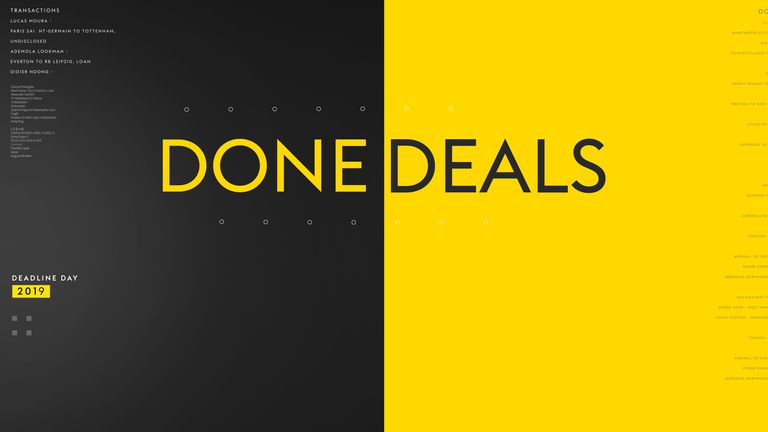 The summer transfer window is open – keep track of all the latest done deals in England and Scotland, as well as key moves overseas.

The window will run for 10 weeks from July 27 and closes at 11pm on October 5, with an additional domestic-only window for deals between the Premier League and EFL running until Friday, October 16 at 5pm.

Keep up-to-date with the latest transfers from the Premier League, Championship, League One, League Two, the Scottish Premiership and the Women’s Super League, and key moves across Europe, right here.

Don’t forget our daily Transfer Centre blog for all the latest moves, rumours and latest on transfers from all over the world.