Sunderland 2-0 Middlesbrough: Delight for the Black Cats as Ross Stewart and Amad Diallo both score to put Tony Mowbray’s side back in touch with the Championship play-off spots with Wear-Tees derby victory

For a man of relatively few words, Michael Carrick used many of those dispensed with pre-match to talk up Sunderland’s Amad Diallo. Come the end, the youngster’s actions spoke far louder, but the Middlesbrough boss is certainly a sound judge.

Not that he will take any satisfaction from the sight of the Manchester United loanee, with whom he worked at Old Trafford, illuminating this North-East derby. Still only 20, perhaps there is a future for the Ivorian forward at his parent club.

His goal was the not the winner – Ross Stewart had already converted the rebound from his own missed penalty – but his strike nine minutes from time to make sure of victory was a fitting way to cap a performance of flair and adventure. 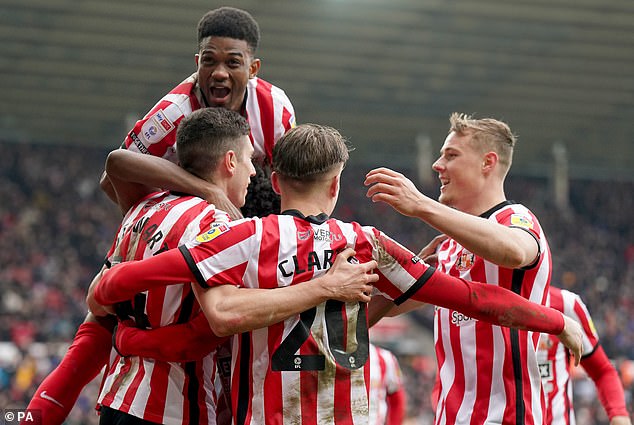 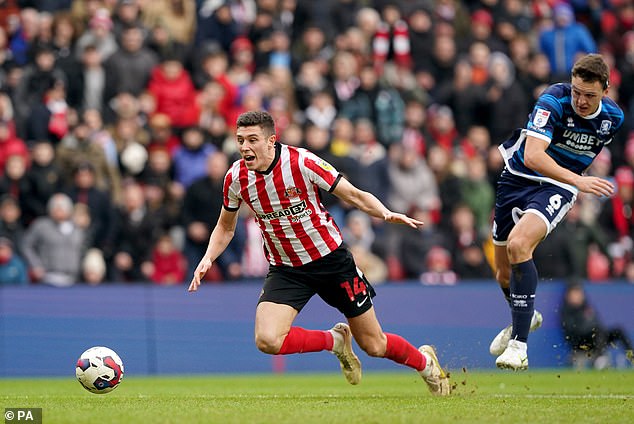 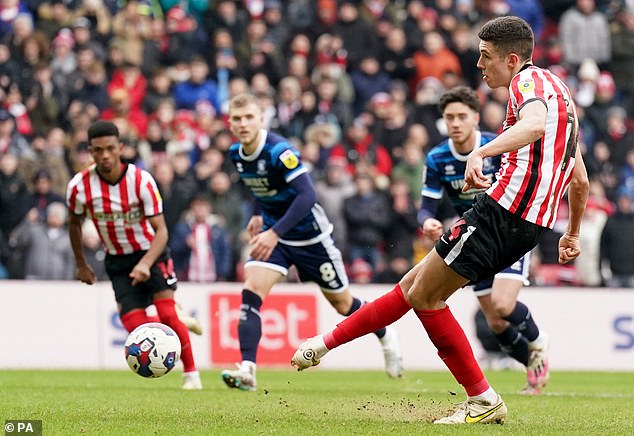 Stewart picked himself up to take the penalty and though it was saved, tapped in the rebound

Carrick warned what he might do but sometimes there is no answer to skill and, when Diallo dropped his shoulder to beat Hayden Hackney before dropping his shot into the bottom corner, it would have left his former coach with a sinking feeling. Despite being down to 10 men, Boro were pushing for an equaliser.

They were reduced in number shortly after half-time when Dael Fry was sent off for tugging on the threads of Stewart’s jersey as he bustled clear of his minder and through on goal. The dismissal was the correct call but the award of a penalty was not, for Fry’s foul had taken place inches outside the area.

And, in a contest of fine margins, it was to be another that swung the game in Sunderland’s favour when Stewart’s penalty was brilliantly saved by Zack Steffen only for the ball to spin back into the path of the Scotland striker, who gratefully cushioned home.

The win moves Tony Mowbray’s side to within one point of sixth-placed Boro and ends a four-match winning streak for Carrick’s men.

The fervour and ferocity on the streets outside before kick-off – police helicopter up above, barking dogs and a battalion of officers at the nearest Metro station – was not necessarily replicated on the pitch in the first half.

This was a modern derby, all passing and pressing. That is not a criticism. If anything, it is a favourable reflection of two managers whose principles are rooted in playing the game with an aesthetic splendour.

Lee Cattermole, formerly of both clubs, made the half-time draw. And while the game wanted for his foot in the tackle – as opposed to his hand in the bucket – it was nonetheless a fascinating spectacle.

Sunderland were the better team. Too good, at times. Mowbray had his head in his hands after one attack in which his young stars outshone one another for showboating only to run into the darkness of a blind alley. 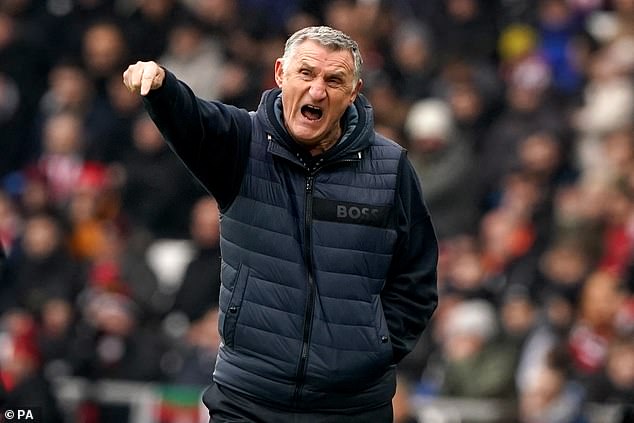 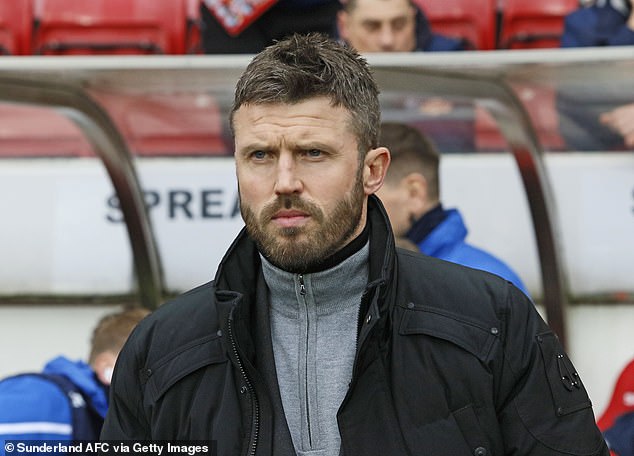 Indeed, the architect of their best opening early on was Boro goalkeeper Steffen. Carrick wants his keeper to play out from the back. To his own players, that is. This pass found Diallo but, with only the panicked Steffen to beat, dragged wide of goal.

Diallo drew a comfortable save from the American before the break and Stewart twice swept over from positions of promise, but Sunderland’s cutting edge was somewhat blunted.

That was different in the second half, and there was no player sharper than Diallo.

Forest were inspired by Morgan Gibbs-White, but Chelsea were underpar