Chelsea striker Tammy Abraham was forced off with an injury after just 20 minutes had been played in their clash with Newcastle United. Abraham appeared to injure his right ankle after being challenged by Jamaal Lascelles.

After initially attempting to continue, Abraham was replaced by Olivier Giroud and Chelsea will be hopeful that the injury is not too serious.

The 23-year-old was handed his first Premier League start for the Blues since January and Tuchel explained that Abraham’s performance in the FA Cup clash with Barnsley where he scored the winning goal contributed to his decision to start the forward.

Speaking to Sky Sports, he explained: “We need strikers, we need goals.

“Tammy delivered [in the FA Cup].

JUST IN: Chelsea boss Thomas Tuchel explains why Kepa starts ahead of Mendy 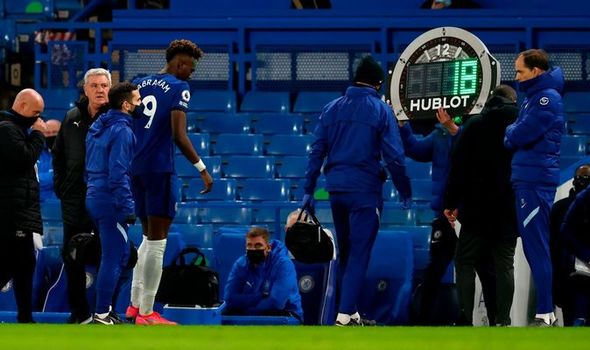 “Today we think it’s not such a high chance to drop from the No.6 because they have a single 6.

“The 10 is not so open normally so we opted for Tammy, he’s in good shape and the guy to break the last line.”

Speaking at his pre-match press conference, Tuchel also spoke of his admiration for Abraham’s career arc.

He said: “I like that he made his way out on loan and overcame obstacles in his career.

DON’T MISS
Football Digest: The podcast keeping you up to date every week
Thomas Tuchel had private chat with Lampard favourite to explain plans
Ziyech ‘wants to leave Chelsea’ and demands Granovskaia meeting 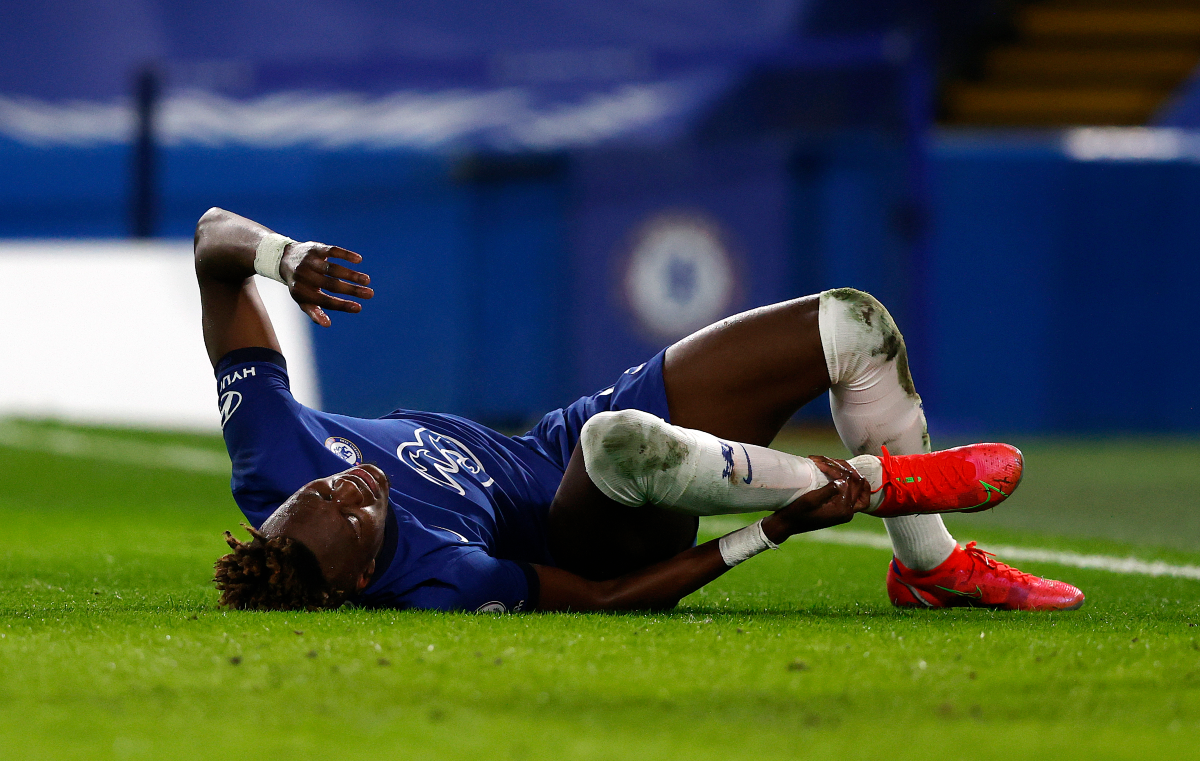 “He always scored for his teams; he was always there. He has the spirit to make it at Chelsea.

“This is one of the toughest challenges you can face but he is ready for that.”

When asked about Abraham’s contract situation, Tuchel added: “I’m not aware of the contract situations of my players because I don’t want to be involved in this and judging this when I’m making the decisions of who’s playing and who’s not.

“He [Abraham] deserved to play at Barnsley. 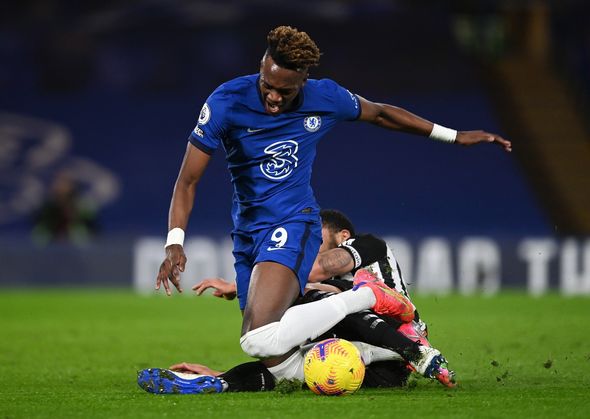 “He had a difficult game against Burnley at home – he suffered from the tactical shift at half-time – and did not play against Tottenham and Sheffield United.

“That’s why he deserved to play [against Barnsley] because he is a very positive guy, very clear, very ambitious.”

“He played well at Barnsley because he did not only score the decisive goal but was also very important in defensive set-pieces, he cleared many situations for us with his head.

“He was absolutely ready to suffer. For that, he has all my credit. It’s a good new start for him to step up and show that he is important for us.”