Chelsea legend John Terry was given a hero’s welcome upon his return to Stamford Bridge with Aston Villa on Wednesday night.

Villa assistant boss Terry watched on as Chelsea ran out 2-1 winners, with Tammy Abraham and Mason Mount scoring for the Blues and Trezeguet finding the net for the visitors.

It came as no surprise that Terry remains an icon at Chelsea, with the former defender having made 717 appearances for the club while winning an array of trophies. 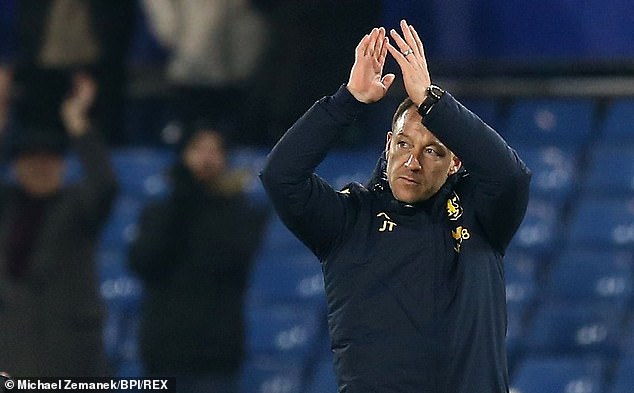 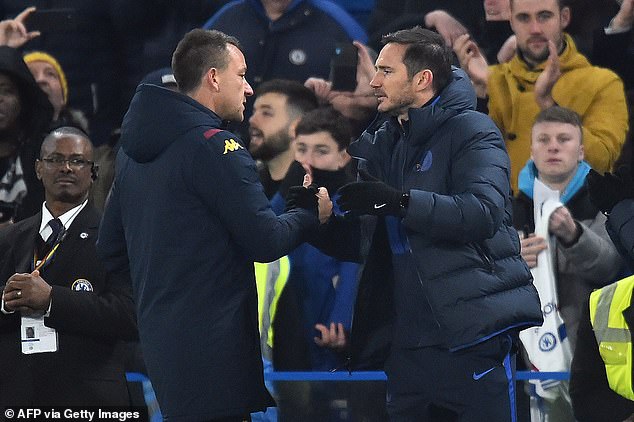 It was the first time that Terry was back at Stamford Bridge in an official capacity since he left the club as a player in 2017.

Chelsea boss Frank Lampard, who played with Terry for the majority of his career, prevailed on this occasion, with the hosts returning to winning ways after two successive league defeats.

However, there was much focus on Terry, with Chelsea fans applauding him and also unfurling a ‘captain, leader, legend’ banner. 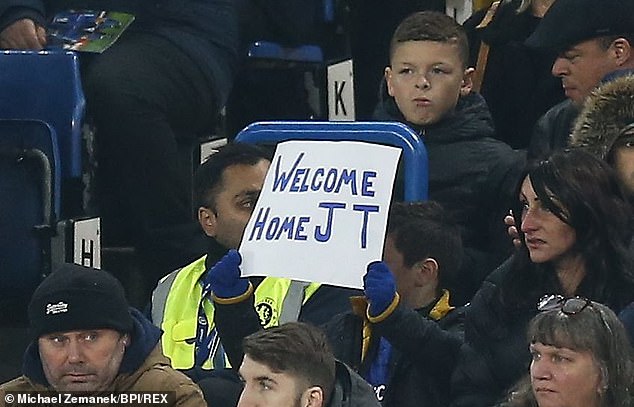 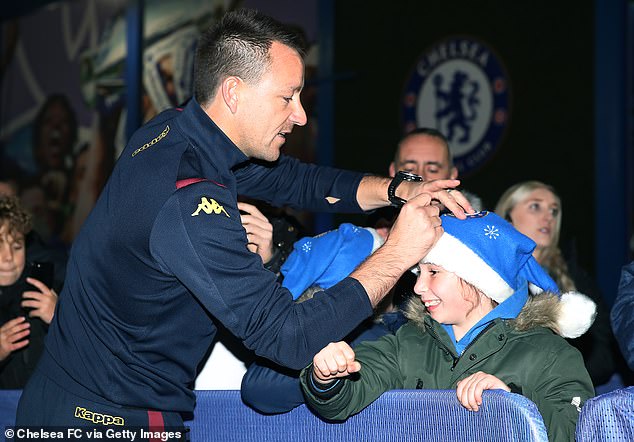 There were also tributes to Terry in the match programme from the likes of Lampard and Cesar Azpilicueta.

Speaking post-match, Lampard said: ‘He deserves that (plaudits from the fans), for him to come back and out of respect it was a moment for John to get the accolades because of what he did for this club.’

After the game, the 38-year-old applauded the Chelsea fans, with his immense contribution to the club to never be forgotten.