The German playmaker has found himself sidelined by boss Unai Emery since he took over last summer.

Ozil signed a monster £350,000-a-week deal at the end of Arsene Wenger’s reign and the Gunners are seemingly desperate to get him off the wage bill.

And The Sunday Express say that MLS side DC United are going to seriously struggle to get anywhere near Ozil’s current pay packet.

They want him to replace Wayne Rooney, who has agreed to move to Derby in January as a payer coach.

The former England striker is on just £56,000-a-week while LA Galaxy star Zlatan Ibrahimovic is the league’s top earner on £115,000-a-week.

That’s three times less than what Ozil currently earns as his representatives prepare to go Stateside for talks with DC over a move.

However, finances are a huge problem for Arsenal in getting rid of Ozil and in DC United convincing him to come.

If a compromise can’t be reached, Ozil will be staying in north London warming Arsenal’s bench.

While his prospects at The Emirates look bleak, the World Cup winner was bullish about his future at the end of last season. 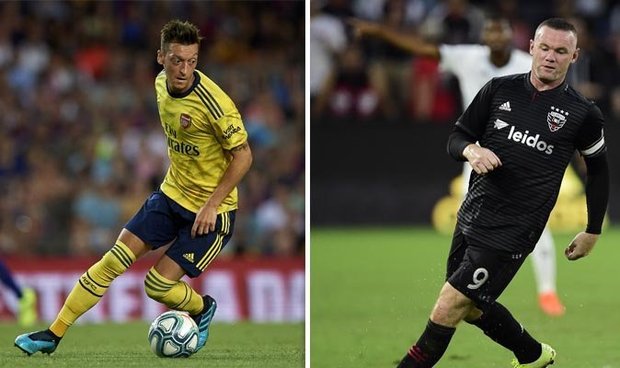 In May, Ozil told Sky Sports: “Is my future with Arsenal? Absolutely. I’ve got two more years on my contract.

“I don’t know after that but I’ve got two years left.”

When asked if he’s happy at the Emirates, he added: “Yes. Why not?

“I’m 30 now, still got years in front of me, it’s down to the club as well of course, but I’ve got two years here – after that I don’t know what happens.”

Ozil joined Arsenal for a then club record £42.5m fee but has spilt the fanbase with his laid-back performances.

Erling Haaland lands in a private jet at Manchester Airport