Chelsea have it all to do if they’re to stay in the Champions League after suffering a demoralising 3-0 defeat to Bayern Munich on Tuesday. The Bavarian giants took control of the Champions League last 16 tie with a dominant display at Stamford Bridge and are now firm favourites to progress to the quarter-finals.

Serge Gnabry scored a quick-fire brace shortly after half-time and Robert Lewandowski added gloss to the scoreline as Frank Lampard’s side were completely outclassed on home turf.

The Chelsea manager will have been boosted by the news that Lewandowski is now a doubt for the second leg due to a knee injury, but things still look bleak for the Blues.

Lampard will be looking for an instant reaction when his side return to Premier League action against Bournemouth this weekend.

However, the 41-year-old is almost certain to shuffle his squad after several poor individual displays against Bayern. 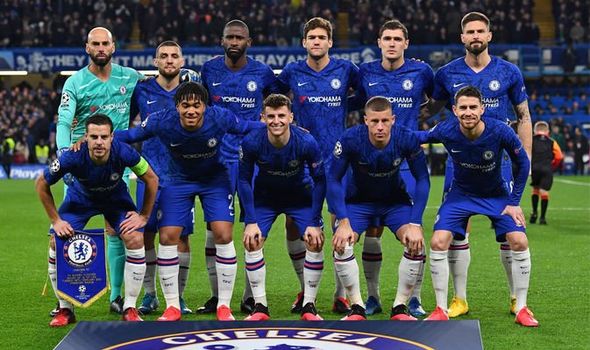 In particular, Ross Barkley’s position in central midfield appears vulnerable as the England international struggled to make an impact against the Bundesliga outfit.

Lampard resisted the urge to alter his starting XI following the 2-1 win over Tottenham last weekend, meaning Barkley was deployed on the right of a 5-2-3.

The 26-year-old joined Mason Mount in trying to support lone frontman Olivier Giroud, while the Blues also deployed Mateo Kovacic and Jorginho in a packed midfield.

But Barkley was unable to have a telling impact on the match as Bayern took control of the tie, and data from Wyscout highlights just how much the playmaker struggled.

The Chelsea ace played just eight successful passes during his 62 minutes on the pitch, registering 73 per cent accuracy.

None of these have been categorised as ‘key passes’, with just one being played in the final third as Bayern penned in the hosts.

Two attempted crosses failed to find a team-mate while Barkley only embarked on two dribbles – with one resulting in beating an opponent.

These poor statistics can in part be put down to Bayern’s dominance, but just four touches in the opposition box and a solitary shot on target illustrate a glaring lack of threat. 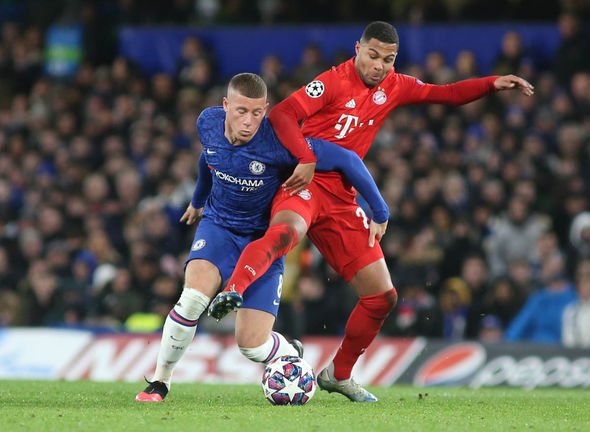 Compare Barkley’s output to team-mate Mount, and things make even grimmer reading for the Blues midfielder.

The 21-year-old attempted well over double the amount of passes Barkley managed, while he fired five shots towards Manuel Neuer’s goal.

Mount was far more active when looking to occupy the opposition defenders and dictate play by demanding possession – meaning he is likely to retain his spot in the starting XI.

Meanwhile, second-half substitute Willian made the same amount of passes as Barkley, despite playing just 28 minutes, while the Brazilian won 63 per cent of his duels. 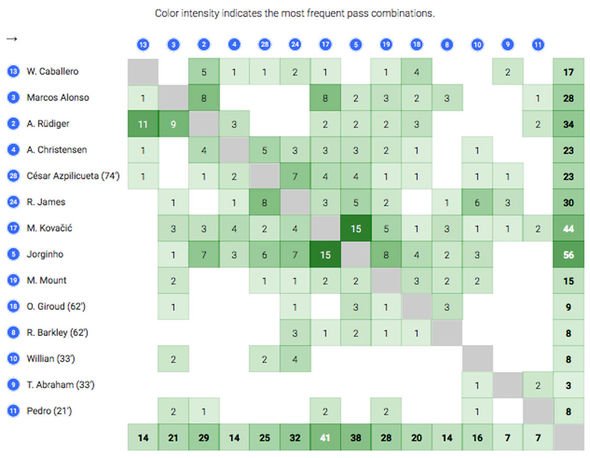 This is a significant step-up compared to Barkley’s 56 per cent, and Willian will hope to have made enough of an impression to earn a recall against Bournemouth.

Barkley’s struggles on Tuesday night were a disappointment after such a bright display against Spurs, but with Lampard under pressure to secure Champions League qualification he may not be offered a chance to make amends.

Seven starts so far in the Premier League this term suggest Barkley is not at the forefront of the Chelsea manager’s plans.

And the return of Ruben Loftus-Cheek to full fitness will only decrease the former Everton ace’s game time while N’Golo Kante is still to come back in – casting further doubt over Barkley’s chances of a first-team spot.