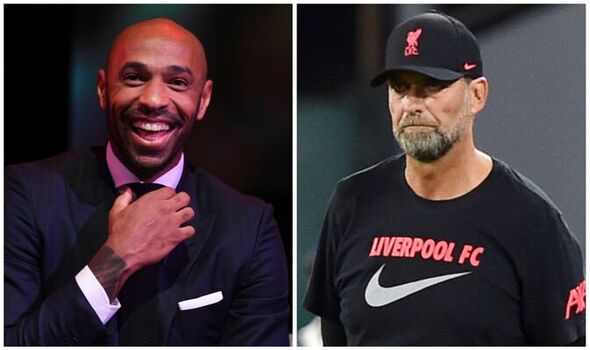 Joel Matip is Liverpool’s unsung hero who ‘always does the job’, according to Arsenal icon Thierry Henry. The defender scored the winner in the Reds’ important Champions League victory over Ajax on Tuesday night.

Matip rose high at a corner to nod home in the 89th minute after Liverpool had been frustrated by the Eredivisie champions. Jurgen Klopp’s side were heading towards another game without a win when the 31-year-old scored.

Former striker Henry believes Matip does not get the credit he deserves for his performances at Anfield. The Germany-born star has recently returned from injury and Liverpool produced a much more defensively sound display against Ajax as a result.

Providing punditry for CBS Sports, Henry said: “I am happy for Matip. This is a guy where people will not talk a lot when mentioning Liverpool. You are going to mention [Virgil] Van Dijk, [Mohamed] Salah, [Sadio] Mane back in the day or [Roberto] Firmino. 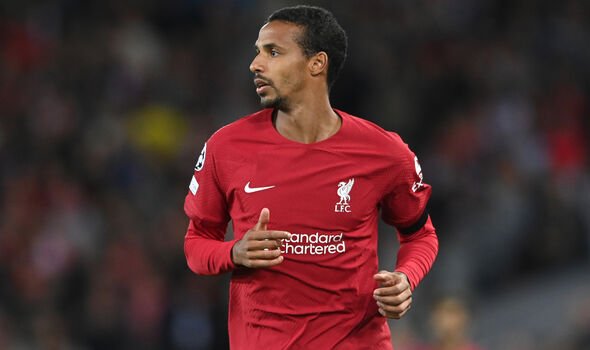 “But Joel always comes and does the job. He often scores important goals actually. Headers. Unlucky in some situations, but when he scores, they are good and important.”

The ex-France forward even jokingly pointed out that Matip has contributed more than his co-pundit Jamie Carragher. After Henry had finished speaking about the Liverpool defender, Anfield icon Carragher hit back: “I can’t remember another [important goal] actually.”

Henry quipped about Carragher’s lack of goals during his Liverpool career – four compared to Matip’s 10 strikes. Henry pointed out: “Have a look. Not always but when he scores, they’re good. They’re important. I think he’s scored more than you already. That’s not difficult though.”

Matip benefited from the use of goal-line technology, with the officials initially unsure if his header had crossed the line before being cleared. The Cameroon international was also not entirely convinced his effort had entered the goal, either.

He told journalists: “I wasn’t sure, to be honest. When I saw the referee [award the goal], the emotions came out.”

It was an important victory for Liverpool, who have now won three of their eight matches this season. They were thrashed 4-1 by Napoli in their opening Champions League game and needed to beat Ajax to kickstart their European campaign.

Head coach Klopp said: “I think everybody could see we understood we had to put in a completely different shift into the game. Played a lot of good stuff against a tough opponent, good opponent. We scored the first goal, should’ve scored more goals from set-pieces – I don’t know how these balls didn’t go in.

“Half-time, 1-1, it was clear we had to go back to how we started because it was intense for Ajax too. The pressure we put in tried to change, finally one of the many set-pieces led to a goal.”