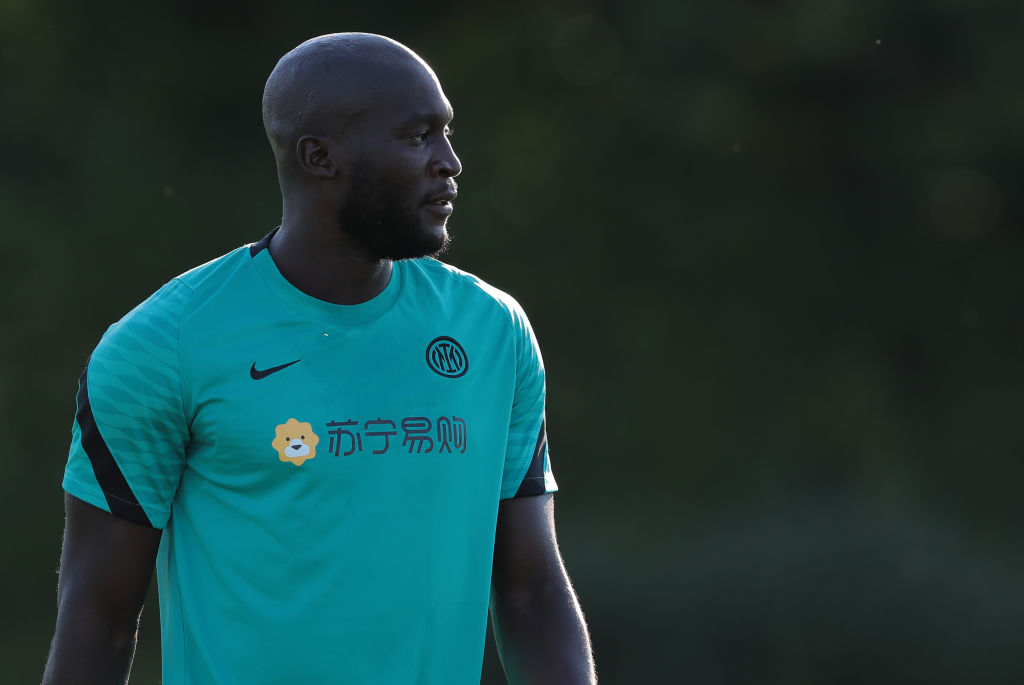 Thomas Tuchel admitted he could ‘use a player’ up front to replace Olivier Giroud after Chelsea’s 2-2 draw with Tottenham, but refused to be drawn into the speculation linking Romelu Lukaku with a move to Stamford Bridge.

Widespread reports emanating from Italy indicate that Lukaku, 28, has told Inter Milan he wishes to return for a second spell in west London where he feels he has unfinished business.

The Blues have failed with two separate bids for Lukaku’s signature – after giving up hope of landing Erling Haaland this summer – but are expected to reach an agreement with Inter should they launch a third offer in excess of £100million before the transfer deadline.

But Chelsea boss Tuchel, speaking at his post-match press conference, remained tight-lipped over his club’s reported pursuit of the Belgium centre-forward and instead looked to focus on the entertaining pre-season clash that had just taken place.

‘I will not talk about players who don’t play in my squad,’ the German replied when asked whether there was any truth to the rumours linking Lukaku with Chelsea.

‘Romelu Lukaku is a fantastic player but he’s a player from Inter and with all due respect, I will not talk about him in this situation.’

‘Well, not everybody unfortunately but you can imagine that a lot of players want to come and join.

Tuchel stressed that the ‘attitude’ of potential signings should be taken into account just as much as ‘talent’ when asked what his answer would be if Chelsea’s board offered him Lukaku.

‘The board is not offering players. That’s not the way it works so far,’ he responded.

‘We are talking with the board about players and have our opinions. And in the end, we target players who could make our squad stronger which is quite a challenge to find.

‘We don’t only talk about talent but also about attitude because we have a strong squad.

‘And there are some players of which we think that they could be a good target, good add-ons, and good improvements in our squad but I will not comment any names because I don’t like it if other coaches speak about my players and you hopefully understand that.’

Though keen to bat away questions about Lukaku, Tuchel did concede that he would be interested in strengthening up front with an orthodox centre-forward to compliment his current options in attack.

‘I think with the exit of Olivier Giroud, we could use a player who is used to playing with his back towards the goal, whose strengths are to keep maybe possession from long balls, that we can add this direct style of play to our portfolio,’ the ex-PSG and Borussia Dortmund boss added.

‘This is a characteristic of player that is not Timo [Werner], is not Tammy [Abraham], is not Kai [Havertz]. This is a profile that we don’t have in the squad and could be useful but not for any cost and not in panic because no matter what happens, we will be competitive and we have trust in our guys.

‘We have trust that we can still develop, we still have young players in the offensive part of the game from whom we demand that they need to improve and we’re relaxed and very well aware of our situation at the same time.’

A pair of second-half strikes from Lucas Moura and Steven Bergwijn cancelled out Hakim Ziyech’s earlier brace as Nuno Espirito’s Tottenham came from behind to salvage a draw at Chelsea.

Despite letting a two-goal advantage slip, Tuchel felt there were plenty of positives to take from the match.

‘We should have won,’ he said.

‘I’m very happy with the first 60 minutes, we started very well, the game was very tense and you could feel the impact of spectators.

‘It did not feel like a friendly match at all for the first 20 minutes and then the game had a little drop in intensity and then the last 15 minutes, with every ball from N’Golo Kante, there was another chance to accelerate the game and we did very well in this.

‘We had active ball recoveries, we created good chances, we had good control of the ball, good defending spirit so for 60 minutes I was very happy.

‘Then we had a lot of changes and unfortunately two big individual mistakes and Tottenham were very efficient to take it and use them and take away a draw.

‘But I think for obvious reasons there are a lot of positive things to take from this match.’