Graham Potter has been warned ‘nobody’ at Chelsea will ‘trust the process’ if he cannot arrest a dip in form following back-to-back defeats.

That word of warning has come from Thomas Tuchel, his predecessor in the dugout at Stamford Bridge, and the German knows better than most how ruthless it is managing in west London.

Potter has come in for increasing scrutiny and criticism already, just months into the job, with defeat to Arsenal in the league followed up by a Carabao Cup exit at the hands of Manchester City. 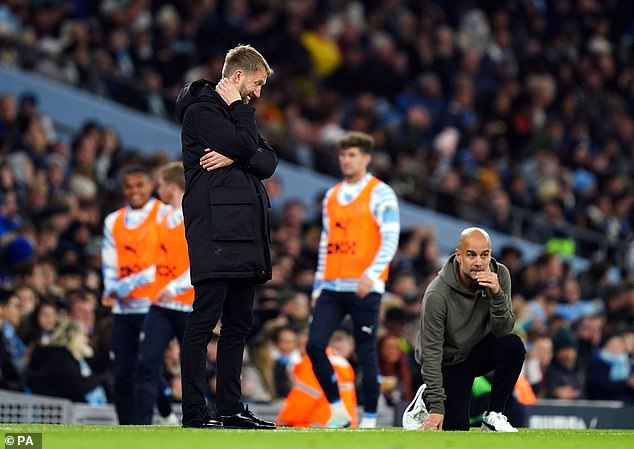 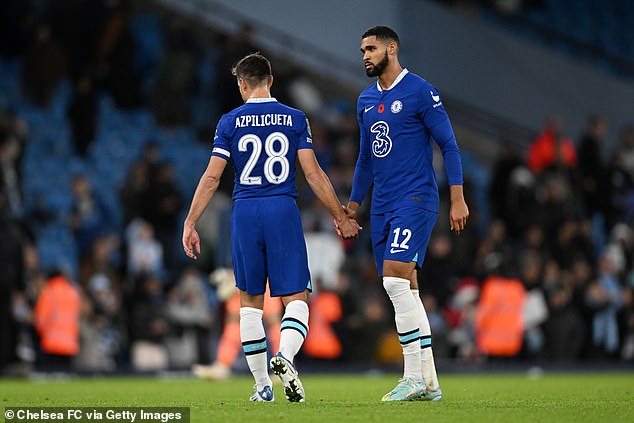 The ex-Brighton boss’ post-match comments, in which he conceded Arsenal were ‘better’ and said Chelsea showed ‘courage’ against a ‘top team’ like Man City, have caused a stir.

For Tuchel, angst at Chelsea cannot extend beyond a ‘short period’ or Potter will find little buy-in to his methods.

‘My experience in Chelsea, Paris, Dortmund and Mainz, it is about the results,’ Tuchel told the Ayurvedic Healing & Beyond Podcast.

‘You can overcome one loss, a short period… but it cannot be too long otherwise nobody trusts the process no more.’ 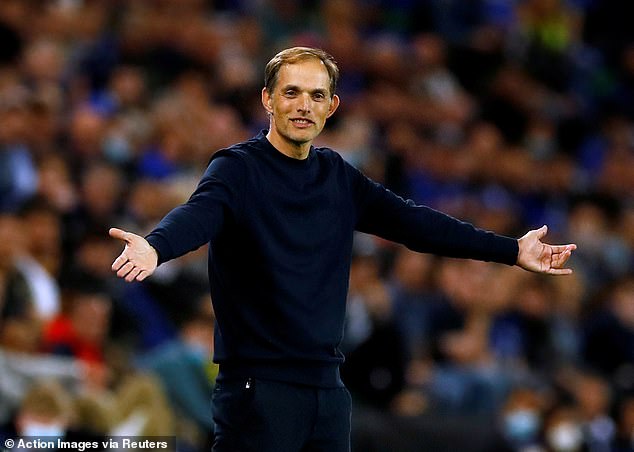 The German, currently out of work since being sacked earlier this season by new co-owner Todd Boehly, spoke openly about his approach to managing the egos in Chelsea’s dressing room and why he needed to set the standard each day.

‘To worship the process on a daily process this is the most important,’ he added.

‘I try to be really strict and disciplined with the players, be on time, be friendly, be respectful, be ready, give your very best.’

Chelsea have now lost three of their last four matches – successive league defeats by Brighton and Arsenal before losing the cup clash at the Etihad – and alarm bells are ringing.

The honeymoon period appears well and truly over but Potter is embracing the challenge, rather than shirking it.

Speaking earlier in the week, he said: ‘If I wanted a nice, easy life, I could have quite easily stayed at Brighton in the Premier League, signed a new contract and been absolutely okay. 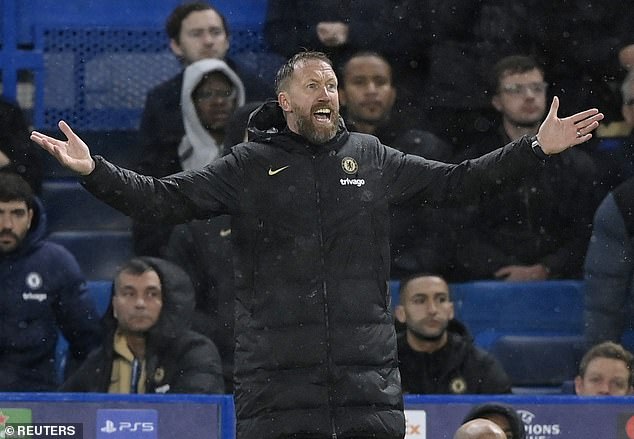 ‘And I wouldn’t have had too many questions about myself, pressure, sackings or anything like that.’

‘You have to go through [disappointment]. There is discomfort and pain along the way.

‘If you want to do something new, in my mind, you have to fail. It’d be wrong of me to say anything else. There’s no shortcut to it in my experience.

‘One of the reasons to come [to Chelsea] – there were many – is it’s a fantastic football club, potentially one of the best in the world that can compete for any major trophy.’

Tuchel guided Chelsea to Champions League glory in 2021 but was ruthlessly axed in September 2022 and that will serve as a warning to Potter that disappointment is never allowed to fester for long at Stamford Bridge.