‘That’s the way it is, no quality, only luck’: PSG manager Thomas Tuchel left furious after being asked about his side’s lack of goals in their last two games as pressure ramps up ahead of Champions League return

Paris Saint-Germain manager Thomas Tuchel expressed his frustrations after he was forced to defend his side over a lack of goals in their last two games.

An irate Tuchel blasted reporters for dwelling on the negatives and insisted he is not concerned over his sides goal scoring abilities after sealing a clean sweep of French domestic trophies for 2019-20.

PSG added the Coupe de la Ligue trophy to their triumphs in the Trophee des Champions, Ligue 1 and Coupe de France this season. 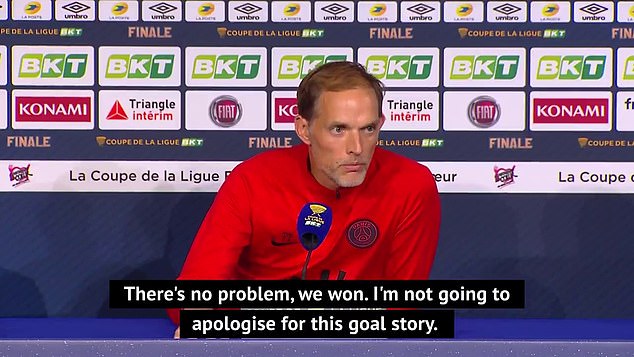 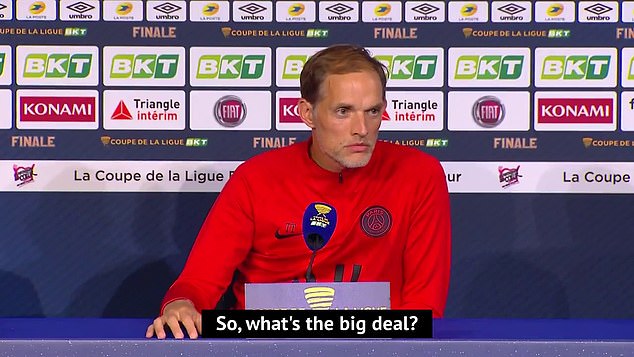 After football’s return following the hiatus, PSG have only scored once in a total of 210 minutes

Their latest goal came from Neymar who found the net to see PSG win the French Cup final last week before they scraped past Lyon on penatlies on Friday night in the French League Cup final following a 0-0 draw.

When questioned on the statistics, Tuchel reacted furiously, jumping to his team’s defence. He said to reporters: ‘So, what’s the big deal.

‘Yes, we’re still lucky. You can write it down. It’s the only thing we’re lucky. That’s the way it is, no quality, only luck. 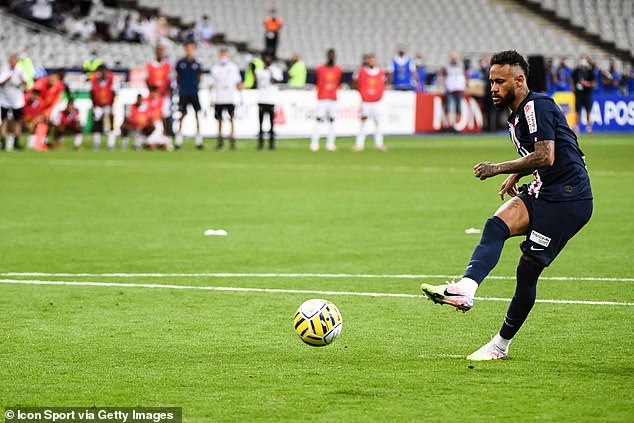 ‘Do you know the result of Liverpool against Barcelona in Barcelona [when Liverpool lost 3-0 in 2019]? How they played and then they won the Champions League. Give me a team that scores four or five goals in every match… it’s not possible.

‘But you are always looking for something negative – 99 positive points, but no, we’ll look for the 100th one which will be negative. We’re going to look for problems.

‘There’s no problem, we won. I’m not going to apologise for this goal story. Since how many games have we had? No need to find excuses for that.’ 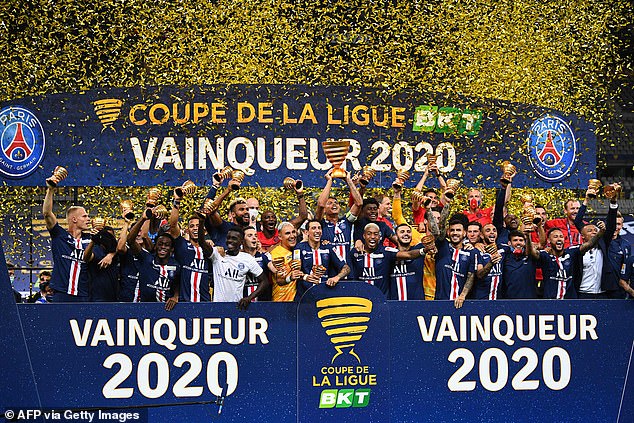 The PSG manager went on to says he is proud of his team for their latest successful campaign.

‘They are reliable guys who play, enjoy working and suffering together. That makes me very happy. I am proud and happy.

‘We did not lose the concentration, the hunger to win, the confidence, we won on penalties and that counts,’ he said.

‘We won these four titles, there is a good atmosphere in the locker room. And I’m very happy because everyone thinks it’s okay to win, but it’s not that easy.

‘Winning four titles is the merit of this team and I am happy.’