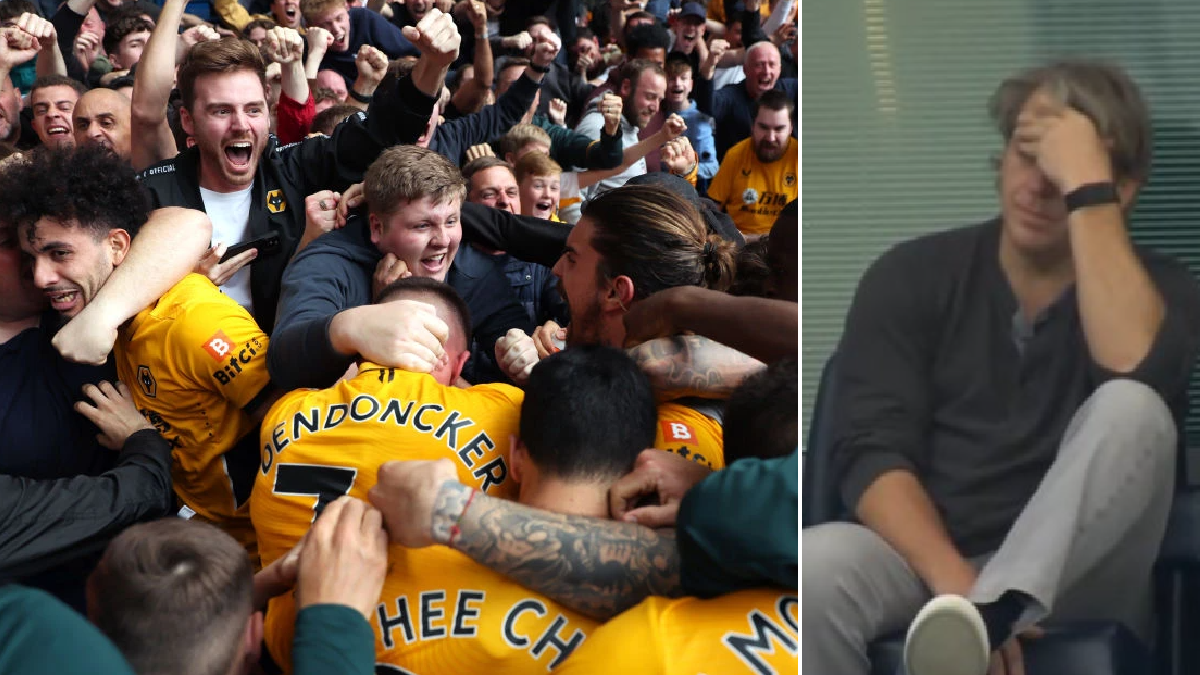 New Chelsea owner Todd Boehly watched on in horror as he saw his club blow a two-goal lead against Wolves on Saturday, as the race for Champions League qualification took another twist.

Less than 24 hours after Chelsea confirmed the American business tycoon’s consortium had agreed terms to buy the Premier League giants from Roman Abramovich in a £4.25billion deal, the Blues were in action looking to cement a top four place.

Boehly, in attendance, looked aghast when Ruben Loftus-Cheek’s goal was ruled out for a marginal offside offence, but he would have been encouraged by record signing Romelu Lukaku’s performance.

Boehly was seen reacting by putting his head in hands and the LA Dogers’ owner will have been left with a greater understanding of the rebuilding job he will need to oversee.

Reacting to result which gives both Tottenham and Arsenal fresh hope of catching Chelsea in the table, club captain Cesar Azpilicueta said: ‘It’s very disappointing because we were leading 2-0 so to drop two points in this way is very disappointing. Of course the taste of the game is bad.

‘We are conceding too many goals in the last couple of games which is putting us in a difficult position in the race for the Champions League. Other teams are winning and we are not getting as many points as we should.

‘We have to get up together and have a good last few weeks. It is in our hands and we have an FA Cup final to play.

On the ownership situation finally being resolved, he added: ‘The team has been completely out of the process. Our focus has been on the pitch. Of course we are disappointed not to give the first win for him. It is out of our hands so not worth wasting energy on that.

‘Of course we have missed some fans in the stadium and there have been a couple of things but the work on the pitch cannot be excused. Our job is to train the best we can and get the results so that is why we’re disappointed.

‘We need to do the basics better. In the last couple of games we have conceded so many goals. The two boxes are the key areas.

‘We scored two then conceded two at home. That is hard. Sometimes you need a 1-0 win. We have not been as sharp or as fluid as we’ve been before but we scored to go 2-0 and that should have been enough.’

Mislintat not 'ashamed' of any of his eight signings at Arsenal