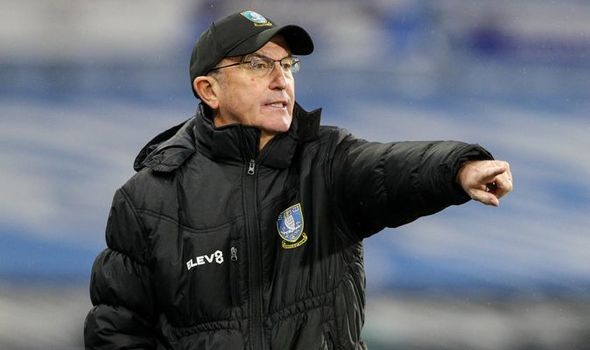 Sheffield Wednesday have sacked manager Tony Pulis after just 45 days, the Championship club announced. The 62-year-old replaced Garry Monk in November with Wednesday second from bottom after 11 matches. He managed just one win from his 10 games in charge as the club remain one spot above bottom side Wycombe Wanderers.

In a statement, Sheffield Wednesday chairman Dejphon Chansiri said: “The performances and results have not been of the level expected since Tony Pulis was appointed.

“There are also other issues which have had a bearing on this decision.

“On the pitch, seven points from a possible 30 is not acceptable.

“It is vital we maintain our Championship status and I feel I must make a change now with over half of the season remaining to give us the best possible chance of doing so.”

Why was Tony Pulis sacked as Sheffield Wednesday manager?

In his statement, Chansiri referred to “other issues” for his decision, as well as performances and results.

And according to Sky Sports, rows about transfer plans for the January window led to Pulis’ dismissal.

Pulis said earlier this month that he had given the club a list of players he wanted to sign when the January window opens next week.

However, disagreements over both targets and budgets saw the relationship between the board and the manager deteriorate, leading to Monday night’s announcement.