Report and free match highlights as Harry Kane returns from an ankle injury to score his 20th goal of the season in all competitions; Heung-Min Son adds second as Spurs score for the first time in two Premier League games; West Brom remain without a win since January 16

Heung-Min Son and the returning Harry Kane scored as Tottenham ended a run of three Premier League defeats with a 2-0 win against West Brom.

Kane had missed the last two games through injury – in which Spurs failed to find the net – but returned ahead of schedule on Sunday. The striker had three huge chances in the first half, eventually sweeping home nine minutes after the break to see Tottenham ahead.

It took just four minutes for Son (58) to add the second after a speedy Spurs counter-attack – his first goal in six games – ending Tottenham’s losing streak and sending them back up into seventh in the Premier League table.

208th goal in all competitions, joint-second most in @SpursOfficial history

West Brom defended resolutely in the first half but ultimately could not keep out the Kane-Son sucker punch. January loan signing Mbaye Diagne went close at the end of the first half and twice had the ball in the net later on, but was offside on both occasions. The Baggies remain in 19th, 11 points from safety.

How Spurs returned to winning ways 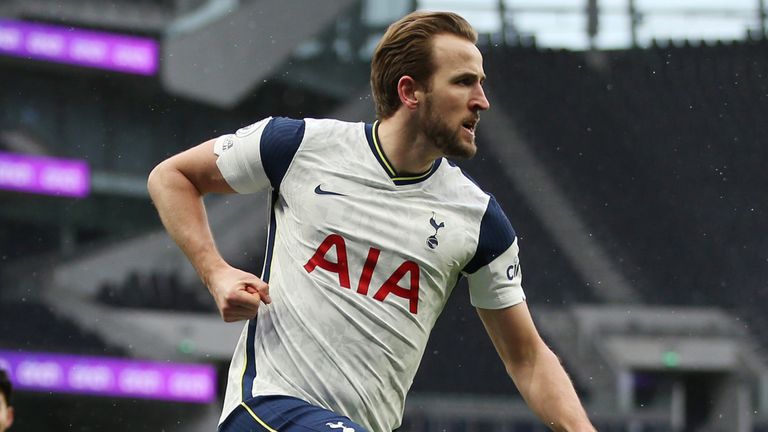 It was a fairly even start at a snowy Tottenham Hotspur Stadium – Diagne nodding over the bar inside ten minutes – but Spurs soon began to dominate.

Kane had two glorious chances around the 15 minute mark. Serge Aurier slotted him in at the top of the area, but could only see his effort ping off the crossbar. A Tanguy Ndomeble pass then deflected into his path, but snatched at the final shot as it wriggled past the far post. Kane then had an initial shot blocked, and Kyle Bartley did enough to see the ball behind before a lurking Lucas Moura could net the rebound.

Despite West Brom’s defensive record, goalkeeper Sam Johnstone has performed well this season and made two much-needed saves later in the half. The first kept Kane out at the near post with a strong push away before a leaping, one-handed save kept out Aurier’s header from a Spurs corner. 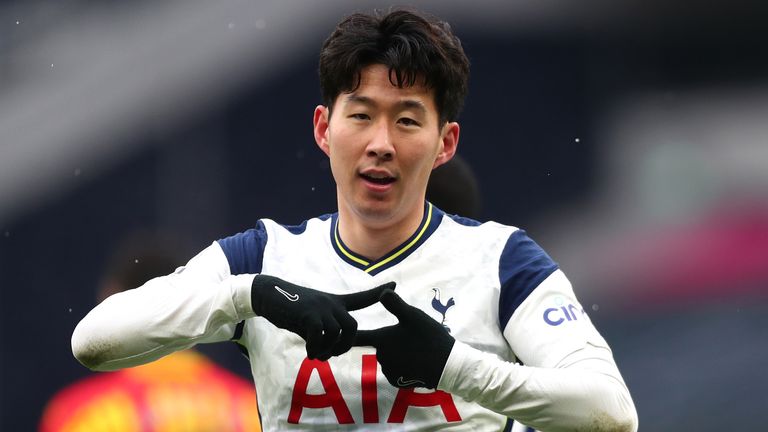 West Brom could have snatched a shock late winner in the final minute. Robert Snodgrass floated a lovely cross into the area and Diagne was waiting in the middle to nod home. However, Lloris stuck out an arm to stop the ball bang on the line, before helping it back into the area. The West Brom striker called for the goal, but the referee’s goal line technology watch did not award it.

Man of the match: Harry Kane.

Tottenham finally made the breakthrough nine minutes after the break as Kane atoned for his earlier misses. It was a wonderful throughball from Pierre-Emile Hojbjerg into a channel of space ahead of Kane, with the striker taking a neat touch before sliding the ball expertly into the far corner.

It took just four minutes for Son to join his attacking partner on the scoresheet. It was a wonderful chest down from Kane just outside the Spurs area that set Lucas Moura on a driving counter-attack. He then tapped the ball through for Son – who made a wonderful run himself – who swept home for his 13th Premier League goal of the season.

The goals seemed to rally West Brom as the play evened out somewhat in the final half an hour. Diagne had the ball in the net on the hour mark after another wonderful, curling ball from Snodgrass, but he was well offside. It was a similar story in the 82nd minute, this time scoring from Matheus Pereira’s delightful ball over the top, but he was again flagged for offside.

It was a battling performance from West Brom but Tottenham was ultimately comfortable throughout, making a bid for survival ever more distant.

Man of the match – Harry Kane

Important we got the win today. Good to be back with a goal too 💪 pic.twitter.com/HTRbHBy3Dv

What a return for Kane. There were a few raised eyebrows when his name appeared on the teamsheet, but it did not take long to see just how much Spurs have missed him.

The last two games have seen Spurs fail to win or score, mustering just 14 touches in the box against Brighton and 13 against Chelsea. With Kane back today, they had 21 in the first half alone.

Kane’s opener was his 20th goal of the season in all competitions and took him joint-second in Tottenham’s all-time scorer list, level with Bobby Smith and 58 behind Jimmy Greaves.

Tottenham are in FA Cup action this week as they host Everton on Wednesday. They will then travel to Manchester City in the Premier League on Saturday, live on Sky Sports; kick-off 5.30pm.

West Brom are also live on Sky Sports next weekend when they host Manchester United on Super Sunday; kick-off 2pm.

Paul Pogba exclusive: Manchester United not at Liverpool's level yet but can still win the Premier League