Jose Mourinho is reportedly keeping tabs on Sergio Ramos’ situation at Real Madrid, ahead of a potential free transfer. The Spanish defender is out of contract at the Bernabeu next summer and his future is yet to be resolved to the dismay of Florentino Perez.

It has been suggested that the saga is just another ploy from Ramos to earn a bumper new deal in the Spanish capital.

Juventus are believed to be interested in the 34-year-old and may offer him the chance to try something new in Italy.

He would of course reunite with close friend Cristiano Ronaldo in Turin and the Portuguese star is believed to be playing his part in trying to persuade Ramos to leave Real Madrid for Juve.

It now looks like the Italian giants may not be the only club that could offer Ramos a contract if he leaves Real. 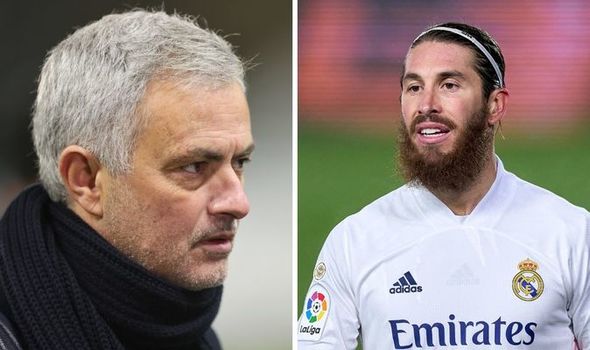 According to The Evening Standard, Tottenham boss Mourinho is keeping an eye on the situation.

The former Chelsea and Manchester United manager wants to add a marquee name at centre-back after failing to land Milan Skriniar in the summer.

It would spring a major surprise if Mourinho is indeed keen on a reunion with his former player Ramos.

The pair’s relationship soured towards the end of Mourinho’s tenure at Real Madrid, who he left in 2013.

Ramos reportedly stood up to Mourinho on more than one occasion and even threatened to leave if club president Perez did not dispose of the manager.

The Spanish international also confronted Mourinho after he received public criticism from the manager after a defeat at Sevilla.

He was then dropped for the Champions League clash with Manchester City and their relationship deteriorated from there.

It’s not the first time Mourinho has been linked with one of his former Real Madrid players in recent weeks.

Although he is now expected to sign a new contract at Real Madrid, Luka Modric’s current deal is also up at the end of the season.

Spanish outlet El Chiringuito TV, claim the Spurs boss has contacted the midfielder to discuss a potential return to Tottenham. 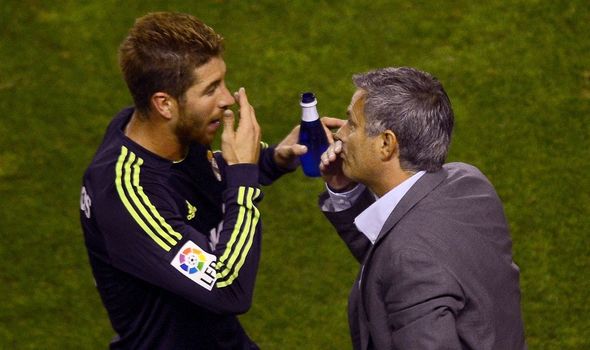 Daniel Levy reluctantly sold Modric to Real Madrid back in 2012 for a fee of £30million.

Coincidentally, it was Mourinho he personally intervened to get the deal done after Tottenham made negotiations tricky.

The deep-lying playmaker has already given his approval of Mourinho at Tottenham and hopes his former boss can deliver silverware at White Hart Lane.

“I have a special affection for him, for everything he meant for me. Tottenham did a great thing to appoint him as a manager because he is a proven winner,” Modric told The Times.

“In Italy, England and Spain he won things and he knows how to win and I am hoping he manages to do the same thing with Spurs.

“It’s a great thing for Tottenham to be able to bring in someone like him.”