The first six episodes have offered an interesting insight into how Mourinho operates behind the scenes, along with a number of explosive behind-the-scenes clips.

The series comes to an end on Monday and it appears as though there will be a few hints dropped regarding their summer transfer plans.

Ndombele has hardly featured in the opening six episodes – much like his time at Tottenham in his debut season.

Mourinho often made public comments berating the midfielder for not being up to scratch with the Frenchman playing just twice after the restart. 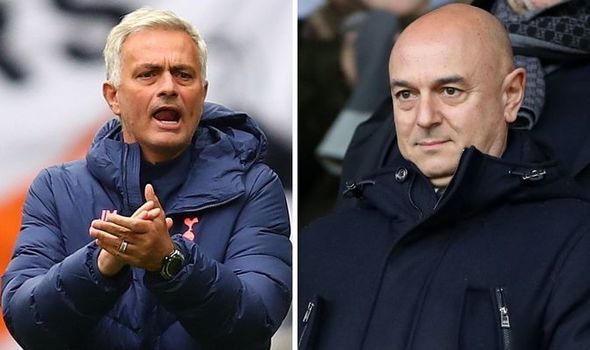 His lack of involvement led to speculation that Spurs could try and cash in this summer after just one season at the club.

Barcelona had been linked with a move for the 23-year-old earlier in the window.

But it appears as though Tottenham already decided on Ndombele’s future at the back end of last season.

In one of the final three episodes of the All or Nothing series, Ndombele held a showdown meeting with Tottenham chairman Daniel Levy regarding his playing time. SPOILERS BELOW.

“Everybody says I trained really well, but if I don’t play it means there must be something else.

Levy though responded by likening Ndombele’s situation to Moussa Sissoko, who similarly struggled to make an impact early on in his career at Tottenham.

“Many players in their first season, coming from overseas, found it difficult,” Levy said.

“It is normal. Moussa, obviously he knows him well, he came to Tottenham and was very disappointing in the early period. 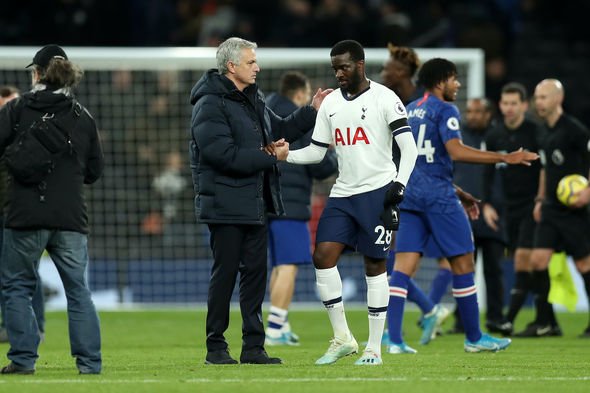 “I said to him ‘Look I know you’re a better player than you are showing, but you have to decide what’s in your head’. The nice thing about Moussa is that he’s an absolute fighter. He was not prepared to leave the club.”

Ndombele goes on to insist he plans to fight for his place in Mourinho’s starting line-up.

“I have never given up in football or in life.”

And Levy responds by hinting the club aren’t ready to give up on their record signing.

“We the club and the manager, we both believe he has the talent,” he said. “He has to unlock it. Only he can turn this around.”