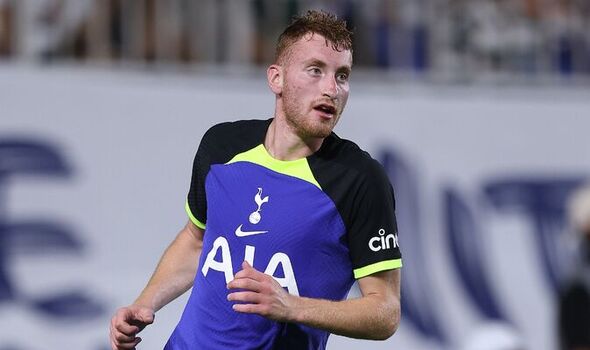 Tottenham are reportedly close to securing the signature of Roma forward Nicolo Zaniolo in a Dejan Kulusevski-like deal. The Italian forward is thought to be one of Antonio Conte’s top targets, having already signed six players so far this summer.

Throughout last season, Conte was vocal about how he wanted a complete overhaul of his Spurs squad – sparking fears that he could walk away from his post if he was not granted his wish. But the arrivals of Richarlison, Yves Bissouma and Djed Spence amongst others have cooled those concerns.

And the former Chelsea boss could be rewarded for his faith in the north London outfit with another signing, as Foot Mercato report that his side are exploring the possibility of signing Zaniolo on a loan deal with the option to make the move permanent after. Conte has enjoyed success with those type of deals already at Spurs, especially with Kulusevski in January.

Like Zaniolo, the Sweden international can play anywhere across the frontline and was also acquired from the Serie A – joining from Juventus. He arrived with Rodrigo Bentacur, who also headed to the Premier League on a loan to buy. 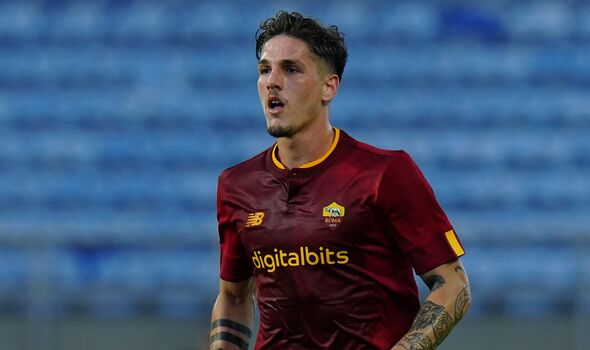 Zaniolo has been linked with Spurs throughout this summer, though for extended periods it did not look likely. However, the same report claims that manager Jose Mourinho has decided that the 23-year-old does not feature in his first-choice front three and therefore Roma are now more willing to part ways with the versatile playmaker.

Instead, the Portuguese boss has decided that Tammy Abraham, Luca Pellegrini and new signing Paulo Dybala will make up his attack next season. Dybala left Juventus as a free agent this summer and was linked with a move to Spurs on occasions, though the Argentine opted to remain in the Serie A.

Signing Zaniolo would be a significant mark of intent by Tottenham considering the exciting prospect has been linked with several other top European sides. Talking about next season, Conte said: “As I’ve said before, our project, our plan is to try to become competitive, more than the past, but you know very well that in football you build something important in one day, one month, one year you have go step by step and try to increase the quality, increase the number of players in your squad.

“Don’t forget that when a team stay in the top four and play European games you need to face four competitions in the best possible way. To do this you need a good squad with good quality. We are trying to do this but we have just started this process.”

VIEW FROM SPAIN: Midfield trio have been key to Euro 2020 run