Gareth Bale’s declaration that he plans to return to Real Madrid in the summer following his loan spell at Tottenham could come as a huge blessing to Jose Mourinho and Daniel Levy. It’s taken a while but Bale has finally begun to show the kind of form in recent months that Spurs were hoping for when he re-joined on loan from Real last summer.

Mourinho has been tentative in using Bale too much with concerns still over his fitness levels.

But the Wales international was in top form in wins over Burnley and Crystal Palace in the past few weeks while he also scored in both legs of Tottenham’s Europa League last-16 clash with Wolfsberger.

Bale joined Tottenham having fallen out of favour under Zinedine Zidane at Real with the suggestion at the time that he has no further future at the Bernabeu with his contract set to expire in 2022.

And the Welsh winger’s agent, Jonathan Barnett, admitted last year that Bale could well extend his loan spell at Tottenham for another season. 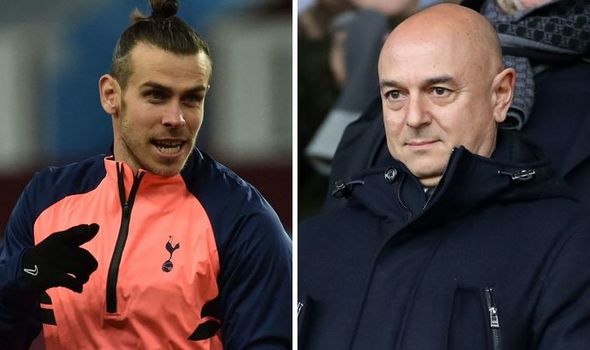 However, Bale has now confirmed that he had always planned to return to Spain after one season back at Tottenham.

“The original plan was only to do a season at Spurs, then after the Euros, I’ll still have a year left at Madrid and my plan is to go back. That’s as far as I’ve planned to be honest,” Bale said while on international duty with Wales.

His comments are likely to frustrate Mourinho and Levy, with the latter playing a key role in bringing Bale back to the club last summer in a deal which included an option to extend the loan by another season.

The agreement with Real also saw Tottenham only have to fork up 40 per cent of Bale’s £600,000-a-week before tax wages.

But that still makes Bale the best-paid player at Tottenham this season by some margin with Harry Kane reportedly earning £200,000-a-week.

Levy is renowned for being a shrewd negotiator in contract talks with players and only a handful of the Spurs squad earn more than £100,000 per week.

While keeping Bale for another season may well see Tottenham get the best out of the 31-year-old, his high wages do present an issue for Spurs in the transfer market.

If Bale does return to Real though, that could free up the space to spend money elsewhere in a summer where a number of elite footballers will become free agents.

A centre-back is said to be a top priority for Mourinho this summer with the likes of Eric Dier and Davinson Sanchez failing to claim a regular spot in defence.

Jerome Boateng has long been admired by Mourinho with the Portuguese coach linked with the defender during his time in charge of Chelsea and Manchester United.

And he may well have a chance to sign the Germany international this summer with Bayern Munich are seemingly hesitant on offering him a new deal. 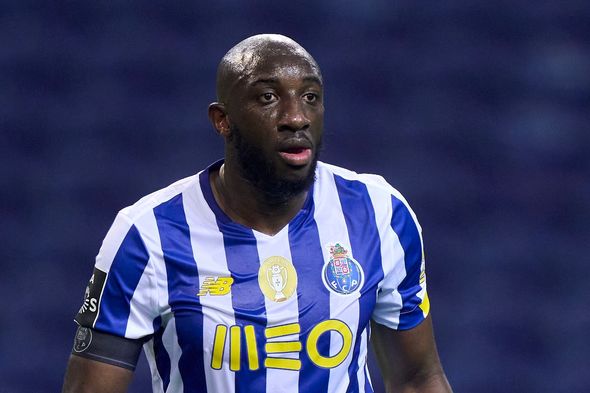 Also top of Mourinho’s wishlist will be to bring in more firepower, particularly if Bale leaves while Tottenham are also unlikely to pay the £36million to sign Carlos Vinicius.

And there could be two prime options this summer who would be available for free.

Hakan Calhanoglu has impressed for AC Milan this season but is yet to agree terms on a new deal at the San Siro.

And Moussa Marega is attracting plenty of attention from Premier League clubs with his contract at Porto also set to expire at the end of the season.

Neither forward would command big wages, but they do offer good experience of playing at the highest level.

Calhanoglu has shown a versatility to play across a number of positions across the front line while Marega has also adapted his game in recent years.