Bristol City held Tottenham to a 1-1 draw at The Hive to climb off the bottom of the Women’s Super League.

Spurs came out of the blocks quickly and were 1-0 up after just two minutes when Siri Worm curled a left-footed free-kick over the wall from just outside the box.

The home side should have doubled their lead on 16 minutes when Robins goalkeeper Sophie Baggaley parried Kit Graham’s cross into a dangerous area and Rianna Dean cleared the bar from five yards out. 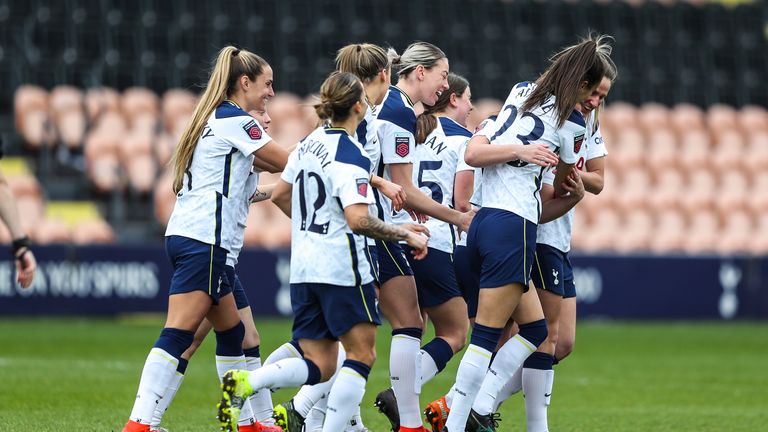 Graham in particular was carving out dangerous opportunities for the home side and the playmaker shot narrowly wide on the half-hour mark with a low effort from just outside the box, while her flick from Ria Percival’s cross was cleared off the line by Yana Daniels three minutes from the break.

Bristol City started the second half much sharper and came close after 47 minutes when Ebony Salmon’s shot rattled the bottom of the right-hand post with Becky Spencer beaten. 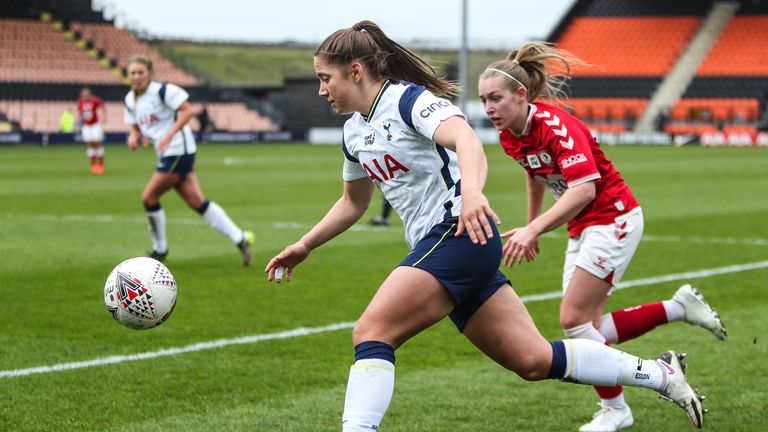 They got their equaliser in the 52nd minute when Gemma Evans headed their first corner in off the post.

The Robins had the wind in their sails and were unlucky not to get their second just a minute later when Salmon again hit the woodwork, this time when her shot deflected off Abbie McManus into the bar.

Spurs reacted well and went in search of a winner. Substitute Gemma Davison’s dipping drive from 20 yards was smartly turned over by Baggaley on 66 minutes and fellow replacement Rachel Williams should have done better when through one-on-one with the visiting ‘keeper, but her shot flew over the bar.

Alanna Kennedy’s late header from a corner was cleared off the line in the 85th minute and the Robins dug deep to take home a valuable point.

The result lifts Bristol City a point ahead of West Ham, who have two games in hand over the Robins.